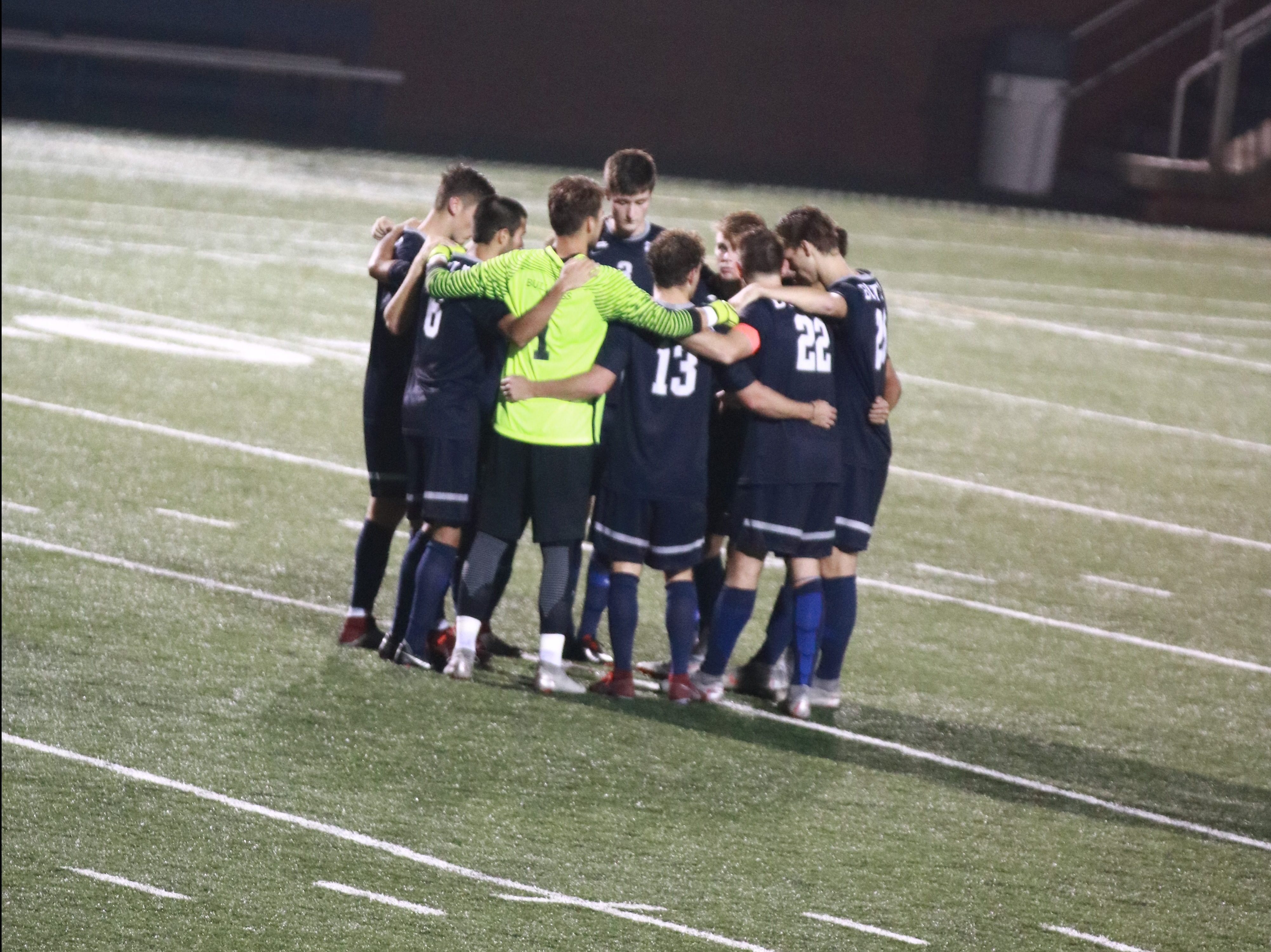 The men’s golf team will compete in its last event of the fall semester in the Xavier Invitational. In last week’s event hosted by Georgetown, the team was second after the first round, but couldn’t hold that position as they ended up finishing fourth behind the other two Big East teams that participated, Seton Hall and the host Hoyas. Junior Logan Sabins found individual success as he finished second out of the entire field. This is the team’s last tournament until February.

Similarly to the men’s team, the women’s golf team wraps up its fall season with a trip to southern Indiana to compete in the Evansville Invitational. The team found success in last year’s event in Evansville as they were co-champions with Southern Illinois. Now-graduated Rachel Gathof took home first place. After their round on Tuesday, the team will not return to action until they travel to South Carolina in late February.

The men’s soccer team celebrates the careers of its seniors on Wednesday as the team plays its final match at the Sellick Bowl this year against Seton Hall. In last year’s match with the Pirates, it was the 21st-ranked Bulldogs who earned the road victory, 2-0. Joe Moulden, Marco Charalambous, Kieran Geldenhuys, and Michael Peay will be celebrated for their contributions to the men’s soccer program. The match is set to start at 7 p.m

With seeding in the Big East Tournament on the line, the women’s soccer team will play in its regular season finale on the road against the Villanova Wildcats. The Bulldogs played Villanova in its last regular season match last year which saw Paige Monaghan score the winning goal just 25 seconds into overtime. That game slotted them for the second seed in the 2017 Big East Tournament, which is their most likely position in this year’s tourney. The match is set to begin from the Higgins Soccer Complex in Villanova, Pennsylvania, at 3 p.m.

The volleyball team returns home after nearly two weeks without playing in front of the home crowd to face the St. John’s Red Storm. In their first matchup this season, it was a five-set battle between the two squads as neither team was able to win consecutive sets. Senior Bri Lilly led the team in that game with 12 kills, 12 blocks, and six aces. Along with the game, Hinkle Fieldhouse hosts Haunted Hinkle Night. First serve is at 6 p.m.

Just three weeks after the Purdue Invitational, the Butler men’s tennis team will travel back to West Lafayette to compete in the Black & Gold Invitational. This is the team’s first look at action since a very impressive showing at the ITA Regionals in Knoxville, Tennessee. Both doubles teams advanced to the semifinals before falling to two top-ten seeds. On the weekend, the two doubles combined to go 8-2 with five wins against seeded teams in the 64-team bracket.

The football team will look to get off their three-game skid on Saturday as they host the Dayton Flyers. The Bulldogs should have a fire in their bellies for this one as they led 22-10 in Dayton last fall before the Flyers rattled off 17 unanswered points in the second half to pull off the victory, 27-22. Unfortunately for Butler, Dayton looks even better this year with impressive recent showings in a 33-point win over Valparaiso and a two-point loss at San Diego. Kickoff from the Sellick Bowl is set for noon.

The volleyball team will their play in their final match of the month against the visiting Seton Hall Pirates on Saturday. These two matched up in their Big East opener, with the Bulldogs making quick work and sweeping the match, 3-0. Don’t count SHU out, however, as they have improved throughout the season, evident in sweeps over DePaul and Georgetown, two teams that gave Butler some problems. First serve from Hinkle Fieldhouse is at 6 p.m.

The men’s and women’s cross country teams will get to stay home to prepare for the Big East Championships, as it is Butler’s turn to host the event. In last year’s event in Wisconsin, the men impressed with a second place finish. The women finished seventh, but it should be noted that the Big East is one of the strongest women’s cross country conferences in the nation. It’s an early morning gun for the runners as the scheduled start time is 11 a.m.

In consecutive weeks, the Butler women’s swimming team will compete with Olivet Nazarene, but this time, they’ll have to travel out to Bourbonnais, Illinois. ONU was part of the meet at IUPUI last week, but it’s a short turnaround for the Bulldogs and the Tigers as they will compete with UIC in the event. This is the team’s only event outside the state of Indiana until the Big East championships in Long Island, New York, in February. Teams will start competing at 1 p.m.

The men’s soccer team will play in their home finale of the 2018-19 season as they host Marquette. In last year’s match, Butler held off the Golden Eagles, 2-1, which clinched the regular season crown for the Dawgs. Men’s soccer alumni weekend culminates with this match, which will start at 1 p.m. at Varsity Field.

The men’s basketball team opens up its season with an exhibition game against the Tiffin Dragons. A Division II team out of Tiffin, Ohio, the Dragons are coming off a season where they won a total of seven games. While this won’t be the most competitive game the Dawgs play this year, this is Butler fans’ first chance to see how the team will look under second-year head coach LaVall Jordan. Tipoff from Hinkle Fieldhouse is at 2 p.m.

The Butler women’s soccer team was the second team to clinch a spot in the Big East Tournament, but they most likely won’t know who they are playing until the end of conference play. If the standings stay true to what they are now, Butler will receive a bye and won’t have to play this game at all. However, if the Bulldogs finish third or fourth in conference, they will host this quarterfinal game on Sunday. Time and opponent for this game are still unknown, but follow Butler Collegian Sports on Twitter for updates.