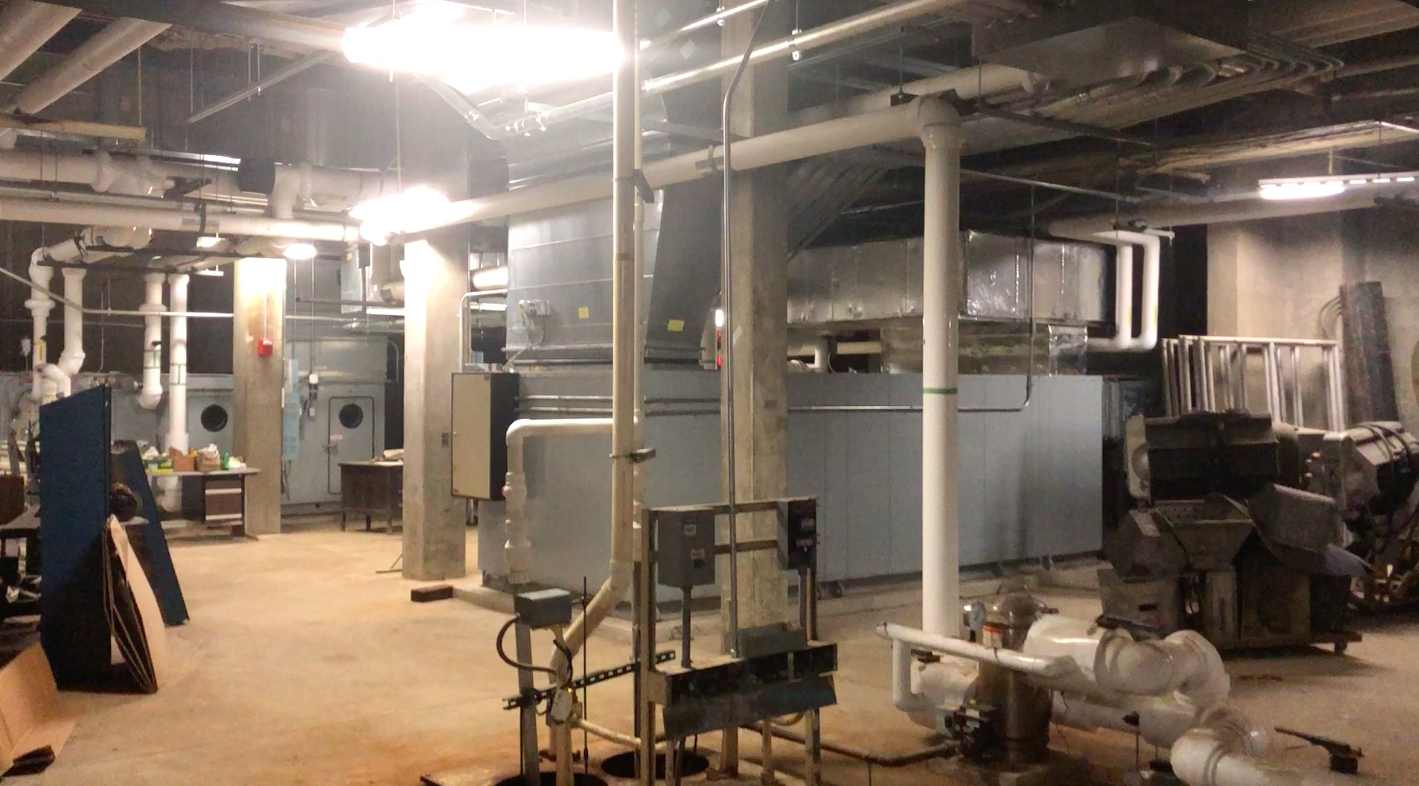 On Oct. 20, the Trump administration announced its intentions to withdraw from a historic nuclear arms reduction treaty with Russia, an agreement signed by U.S. President Ronald Reagan and Soviet Union President Mikhail Gorbachev in 1987.

For some, the announcement brought back memories of the perilous rhetoric of the Cold War and sparked debate over whether this part of history can truly be forgotten as a thing of the past.

Forgotten or not, remnants of the Cold War can still be found in many places. On Butler’s campus, this comes in a place that might not be expected.

Clowes Memorial Hall, a building described as the anchor of the Butler Arts Center, holds its Cold War connection three stories beneath its main stage. Next to dressing rooms used by the likes of Judy Garland and Sir Elton John stands a seemingly inconspicuous solid door.

Behind this basement level door lies a stairwell which descends two stories deeper into the earth. At the bottom, encapsulated in a thick layer of concrete, is a 5,000 square-foot nuclear fallout shelter.

For comparison, the space previously used by Pita Pit on campus was only 1,400 square feet.

When Clowes opened in 1963, the Cold War was in full swing. Sally Childs-Helton, the Butler Libraries archivist and de facto university historian, noted that the addition of a shelter would have been fairly common at this point in history.

“Given when Clowes was built, it’s not surprising that part of the basement was designated as a fallout shelter to be used by patrons during a performance, or by Butler faculty, students and staff and possibly even by people in the neighborhood,” Childs-Helton said.

However, the massive shelter is less than a mile from the Indiana governor’s mansion. James Cramer, the community relations manager at Clowes, speculated this might be why its presence was historically so secretive. The space now littered with old spotlights, stage equipment and asbestos could have been where Indiana’s governor would have kept the state government running in the event of a nuclear attack.

The bomb shelter, a last resort to protect an American governor during the Cold War, lies just three stories below where the famed Soviet Bolshoi Ballet once performed on stage. This juxtaposition was something that did not go unnoticed by Cramer.

“Even though there was all of this threat at an administrative level, the fact that the arts could still have performers from countries go back and forth just shows that the arts can be that balance to the things that might otherwise bring us down,” Cramer said.  “It can help lift us up.”

Today, the shelter is primarily used for housing mechanical equipment, but it could still be used as a shelter if necessary. This Halloween, the real fear for many manifests itself in the hope this shelter is never necessary.