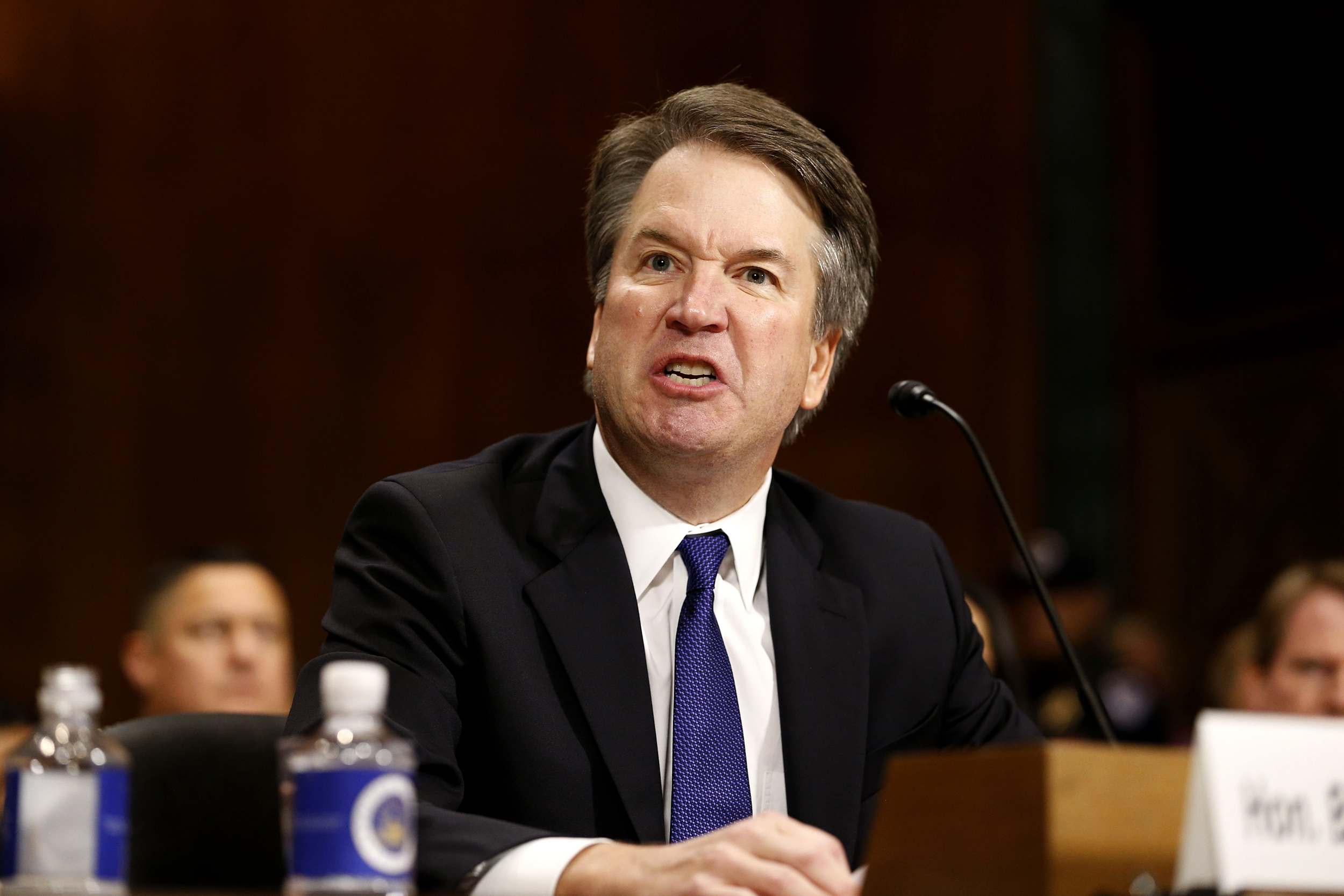 Fifty-three-year-old Brett Kavanaugh has officially been sworn in as the 114th Supreme Court Justice for the United States of America. The nomination concludes a tumultuous, emotional and viciously partisan nomination process that has reemphasized the bitter political schism that is plaguing this country.

With the appointment of Kavanaugh, an unabashedly biased, emotionally immature and abusive man, the United States government has officially undermined everything the Supreme Court is meant to stand for. Our last line of defense is gone.

Kavanaugh has replaced the notorious swing-vote Justice Anthony Kennedy, who served on the court from 1988 until his retirement in July of 2018.

Kennedy often acted as the deciding fifth vote on ideologically charged verdicts, including the legalization of same-sex marriage and the preservation of Roe v. Wade. Kennedy was also instrumental in setting precedents such as upholding warrantless wiretapping and weakening portions of the Voting Rights Act.

With Kennedy’s moderate opinion gone from the bench, Chief Justice John Roberts will likely act as the as middle-ground justice. Kavanaugh’s history as a staunchly conservative judge will lead the Supreme Court in a distinctly rightward path, a far cry from his predecessor’s platform.

Theoretically, the Supreme Court is meant to be the last line of defense against tyranny growing within governmental and social parameters. It is tasked with interpreting the laws and the Constitution, setting precedents along the way for what is and what is not constitutional across a spectrum ranging from civil rights to commerce to presidential power.

The Supreme Court is not meant to be a partisan body. When cases are brought to a biased Court, it functions with the intent to further either the Republican or Democratic party rather than determine cases based on evidence and argument, which eliminates its entire purpose of unbiased protection against corruption.

The nomination of Brett Kavanaugh is proof of an ever-increasing hypocritical, power-driven partisan agenda that has continued to spread into our country’s most esteemed, trusted source of justice.

Judicial candidates are no longer given nonpartisan nomination hearings, but instead are subject to the will of the dominant political party. President Barack Obama’s nomination of Merrick Garland in 2016 — who, for the record, was not accused of sexual assault — was, after months of strategic delay, emphatically denied by Congressional Republicans for no reason other than to ensure a Democratic president did not succeed in placing another justice on the bench.

Because the Republican Party remains in control of Congress, however, Justice Kavanaugh — an unapologetically staunch conservative — was nominated and appointed within the span of a month, even after numerous allegations that he sexually assaulted women as a young man. A reminder, for those of you who may not remember, or who are confused as a result of today’s political leadership: assault is a heinous, permanently destructive, illegal act, and even one accusation ought to remove any candidate from consideration for any position of leadership.

Supreme Court justices are appointed for life, so Kavanaugh’s age means it is likely that he will have a 30-year term on the Supreme Court, giving him plenty of opportunities to uproot and alter precedent. The only bright spot left is a recent request made by Chief Justice John Roberts for the Tenth Circuit Court to investigate Kavanaugh’s ethics during his nomination process, but the prospects of reversing anything are bleak.

Kavanaugh’s behavior during his hearing alone ought to disqualify him from the position. Following Christine Blasey Ford’s testimony to the Senate Judiciary Committee accusing the nominee of sexually assaulting her when they were in high school, Kavanaugh let loose a hyper-emotional, accusatory tirade against both Ford and the Democratic party.

The then-nominee blamed the questions surrounding his nomination a “circus” orchestrated as a last-chance effort by Democrats to destroy his validity and ruin his life — never mind the fact that Ford accused Kavanaugh in a letter to her representative weeks before he was even nominated.

“This whole two-week effort has been a calculated and orchestrated political hit, fueled with apparent pent-up anger about President Trump and the 2016 election, fear that has been unfairly stoked about my judicial record. Revenge on behalf of the Clintons and millions of dollars in money from outside left-wing opposition groups,” Kavanaugh said during his prepared statements to the Senate Judiciary Committee.

The aggressive, unrestrained behavior displayed by Kavanaugh during his hearing, which he now claims to regret, is reason enough to cause question for the composure and temperament to sit on the Supreme Court. Regardless of which party nominates a candidate, there is a baseline expectation that a person set to theoretically control our nation’s most sensitive issues convey a sense of composure and grace when confronted— a minimal standard Kavanaugh could not even reach.

The Senate’s determination to confirm Kavanaugh despite his inappropriate behavior and a credible, detailed accusation of sexual assault — which occurred under oath, cementing its validity — is not only a mockery to the establishment of the entire judicial branch but also the increasing normalization and dismissal of sexual assault.

The blatantly obvious political motivations behind his appointment have destroyed the remainder of the Supreme Court’s credibility and respectability, which from here forward will now function as a cog in the machine of an unrestrained political agenda.

History will remember the nomination of Kavanaugh, its partisanship and its unprofessionalism. It will remember the denial of Ford’s accusations. It remains to be seen what will come of Kavanaugh’s confirmation, but the shift in environment that began with denying Garland a seat has surely worsened.

America has reached a tipping point. The state of our judicial branch has declined into an unacceptable murk of bias and partisan cronyism, and if things continue the way they are headed there will be no recovery. If we as citizens continue to allow partisanship to divide us, our country will not survive. The time for apathy is over. Speak out, endorse cooperation, fight for unsullied justice.