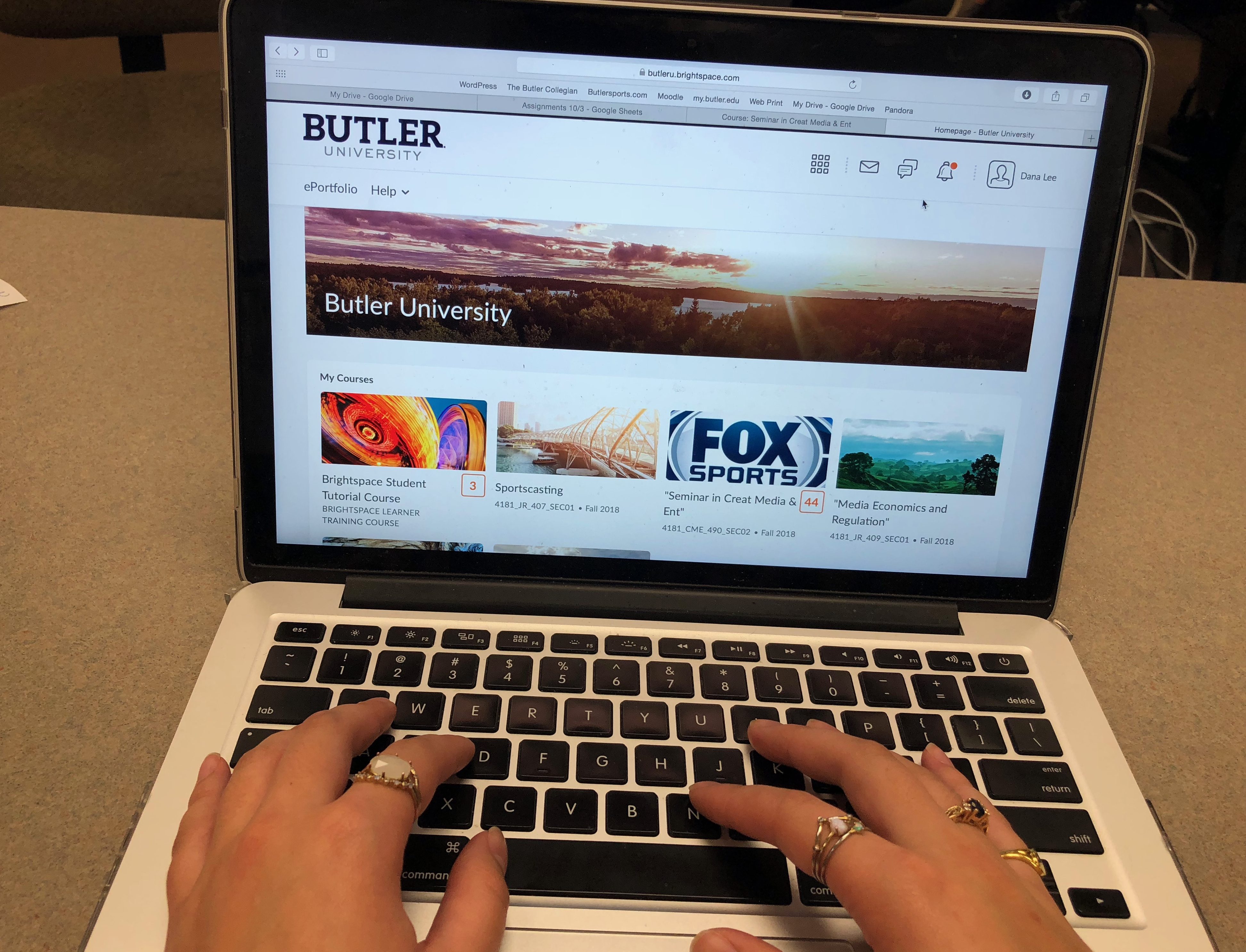 Brightspace, a learning management system, is one of two being tested by the university this semester. Photo by Meghan Stratton.

Moodle is an online program used by students to access course material and turn in assignments.

Due to cybersecurity reasons, the entire university will be updating from Moodle 3.1 to Moodle 3.5 at the end of the semester, regardless of the pilot outcomes.

Twenty-five professors began the pilot runs, each operating a different new system. In all, 40 courses are using new programs.

The review was unanimously voted upon last October by the Moodle Development and Steering group, which is comprised of faculty, Center for Academic Technology staff and IT. The three pilot systems were voted upon in February after Moodle satisfaction surveys were sent out.

In order to choose each new system, the review staff looked at several factors: market shares of each program, which programs other universities are adopting and final reports from other universities who recently underwent a learning management system review.

“We are not actively seeking to change the whole system,” said Gideon Sears, academic technology specialist and leader of the LMS review. “We are just examining to see if the needs of the university are being met and determining what our best option is.”

The last time Butler underwent a LMS review was in 2012, when the university switched from Blackboard to Moodle. At the time of the review, it was decided that the LMS would be reviewed again in approximately five years.

Jacob Mummert, a junior sports media and Spanish major who is currently in one of the Brightspace pilot classes, said that if he had to choose between Moodle and Brightspace, he would pick Brightspace.

“Brightspace is more visually appealing,” Mummert said. “I think it is easier for the user to find what they are looking for and it is more organized.”

The results of the Moodle satisfaction survey and the LMS pilot runs will be used to determine which system Butler will choose to adopt next.

Thomas Janke, director for the Center for Academic Technology, said the goal is to have a recommendation for a new LMS by the end of the 2018 Fall semester.

“If we find ourselves with a new LMS, we will do a phased implementation,” said Janke. “The changes will begin to gradually be implemented at the beginning of the 2019 fall semester.”

Until then, Butler students can expect to continue using Moodle.