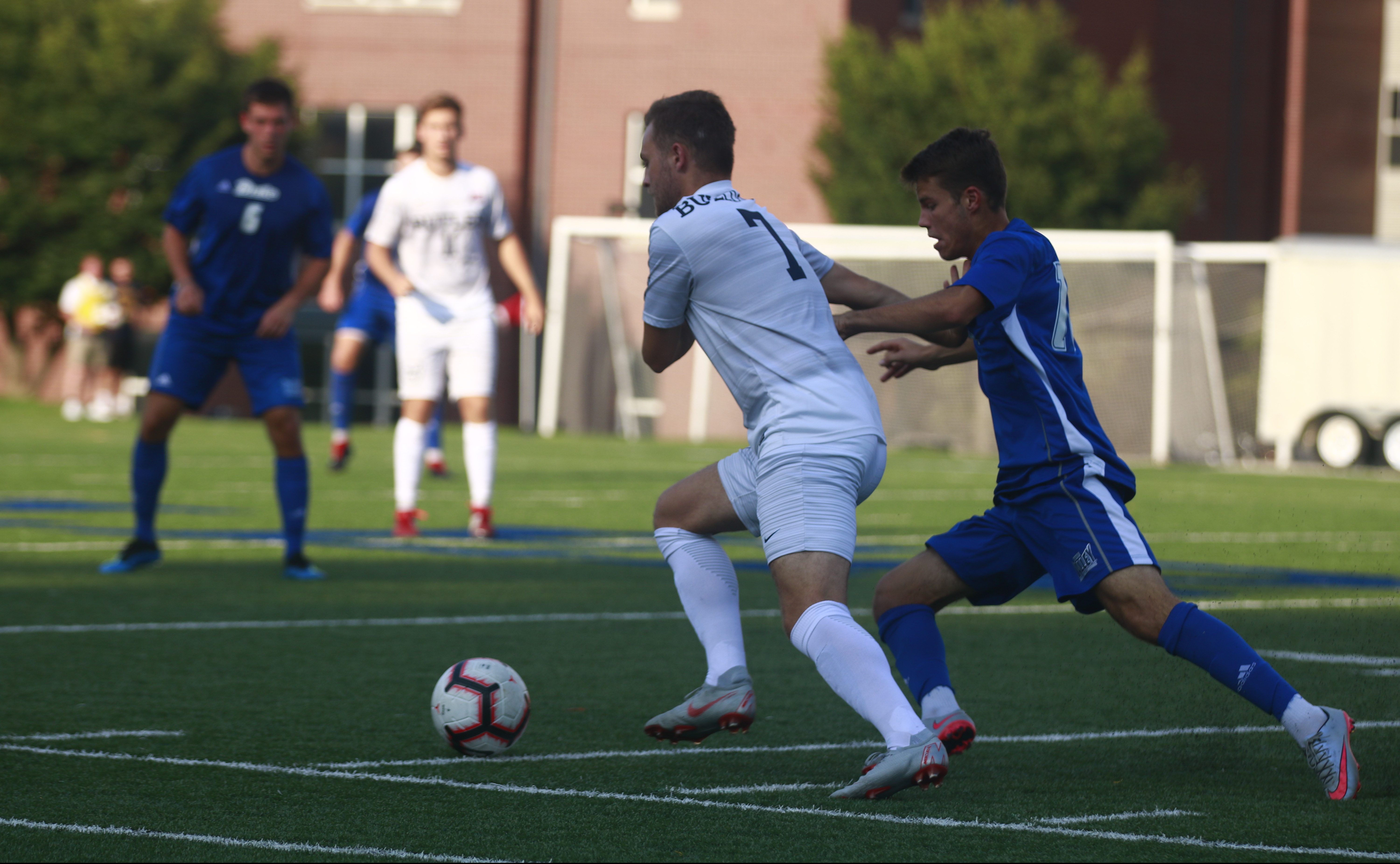 Alex Lehtinen fights for the ball during a game this season. Lehtinen scored his fourth goal of the season in Butler’s 2-1 loss to Marquette on Oct. 28. Jimmy Lafakis/Collegian file photo.

The Butler men’s soccer team dropped their final home game of the season 2-1 against Marquette on Oct. 28. The Bulldogs are now 4-11-2 on the season with one match remaining this season.

The Golden Eagles jumped on the board early in the 30th minute when Diego Nunez scored his first goal of the season off an assist from Connor Alba.

The lone Bulldog goal of the game came two minutes into the second half. Senior Alex Lehtinen scored his fourth goal of the season after Marquette goalkeeper was issued a red card.

Butler went on to outshoot the Golden Eagles 12-0 in the second half. Despite winning the shots column 21-6 and the shots on goal column 9-4, the Bulldogs were unable to put another ball in the back of the net.

With the loss, Butler will miss the Big East conference tournament with only six points in conference play and only one game remaining.

The Bulldogs will take the field for the last time in 2018 on Oct. 31 when they travel to Xavier to take on the Musketeers at 7 p.m. The game will be broadcasted on the Big East Digital Network.