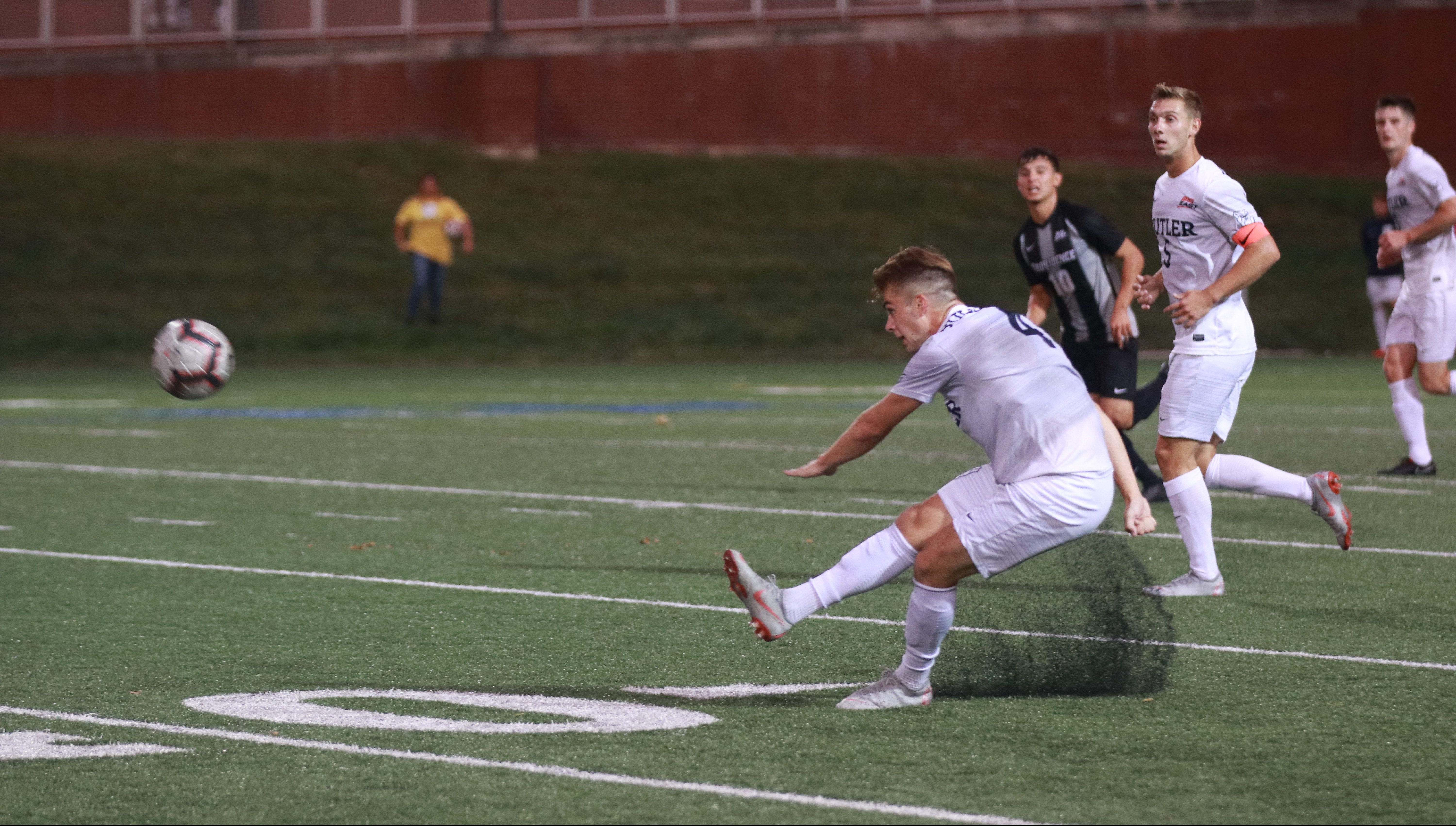 Derek Sutton kicks the ball downfield during a game this season. Sutton had an assist in the Bulldogs’ draw with Evansville on Oct. 2. Jimmy Lafakis/Collegian file photo.

The first 45 minutes was a microcosm of the Bulldogs’ season thus far. At the break, the Purple Aces had a one-goal advantage thanks to a 36th minute goal by Mathias Nors. Butler goalkeeper Ryan Clark, who got his first start of the season, was able to deny the first effort but ricochet found the back of the net.

Evansville had nine shots in the first half, compared to Butler’s two, and put four shots on goal. The Bulldogs struggled to keep the ball out of their third of the field as the Purple Aces had four corners in the first half alone.

The 1-0 lead stood strong for the first 20 minutes of the second half. In the 63rd minute, Butler’s Alex Lehtinen received a red card forcing the Bulldogs to play with 10 players. Just minutes later, senior Jared Timmer found the back of the net for the first time this season off an assist from junior Derek Sutton.

Timmer didn’t stop there, capitalizing on a penalty kick after freshman Jack Haywood was fouled inside the box. Both goals for Butler came with 10 men on the field.

The numbers disadvantage eventually came back to bite Butler when Evansville’s Ryan Harris converted the equalizer in the 80th minute.

Two overtime periods was not enough to declare a winner. Butler’s best opportunity in extra time came with seconds left in the game. Timmer and freshman Logan Lee were both denied by kick saves in the closing seconds of the match.

The Bulldogs return to the Bud and Jackie Sellick Bowl on Oct. 5 when they face the Georgetown Hoyas. Kickoff is set for 7 p.m. and the game will be broadcasted on the Big East Digital Network.