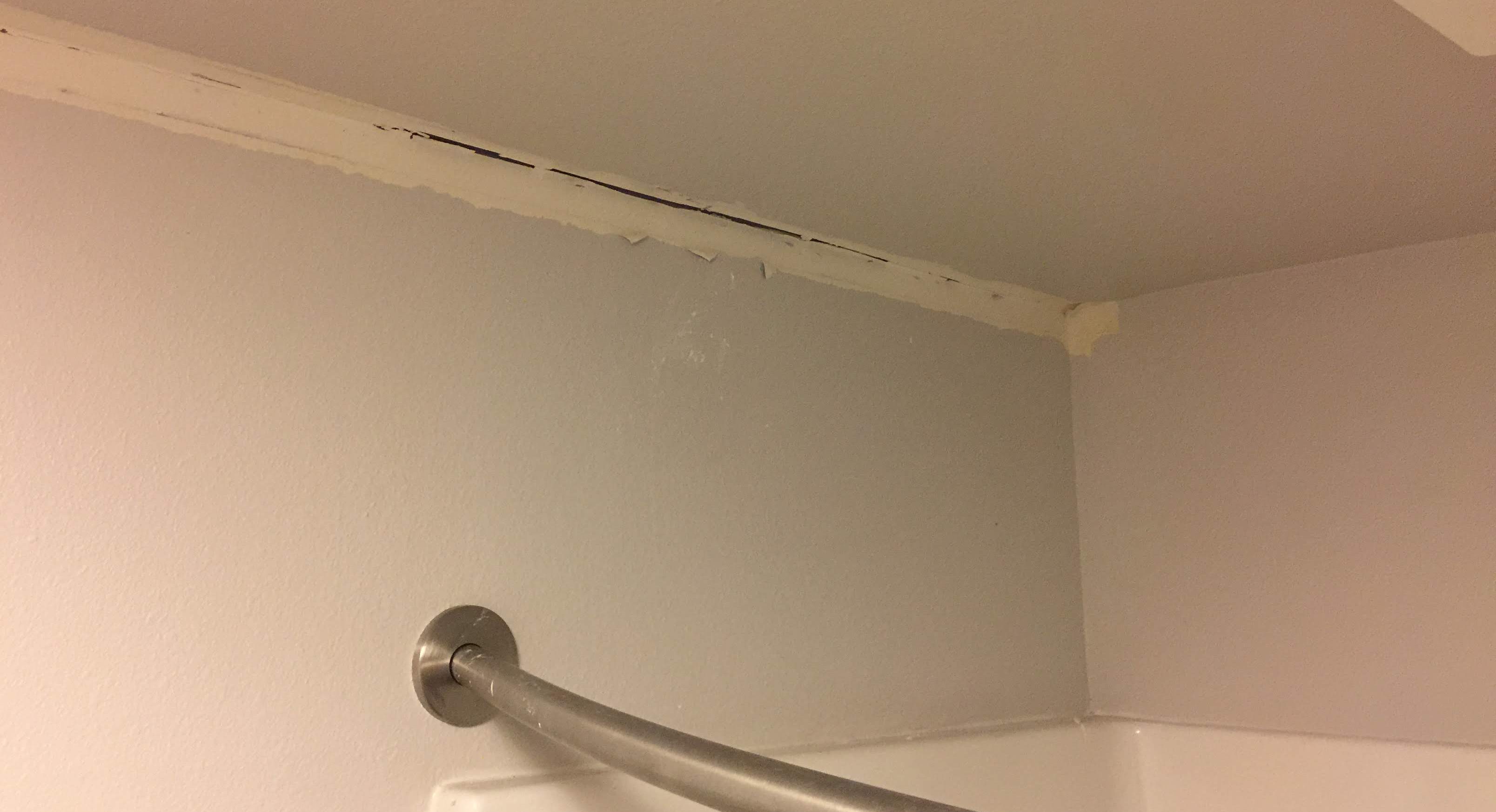 Water damage in a shower in Fairview House. Photo by Kelly Schwantes.

Four pods in Fairview House woke up on Sept. 8 to puddles of water after an overflowing bathtub wreaked havoc on floors and ceilings on the building’s north side.

“I honestly didn’t know if I was dreaming or if it was real life,” Taylor Crowe, a sophomore marketing major who lives on the second floor of Fairview, said. “We heard this loud crash in our room, and it was pitch black. When I went to walk to my door, my feet were in a puddle of water. I freaked out and turned on the light, and there’s a huge hole in our ceiling.”

The trouble started in pod 422, where Travis Checketts, general manager of Fairview and Irvington House, said a shower was left on. After overflowing out of the bathtub, the water leaked through the fourth floor to the pods below.

Residents in pod 322 became worried when water began pouring from electrical outlets in their bathroom.

“Everyone was using their flashlights on their phones, and we all evacuated quickly,” Kassi Tiedjens, a sophomore dance and psychology double major in pod 322, said.

The water trickled all the way down to the first floor. In an email to the Collegian, Checketts said on-call maintenance staff quickly identified the problem and started cleaning and drying affected areas.

“When we see flooding, there’s a direct line that you call and [maintenance] immediately comes over to Fairview as soon as they can,” Briana Sanchez, a sophomore marketing and finance double major who works the front desk at Fairview, said.

Maintenance workers woke up residents in the affected rooms between 4 a.m. and 7:30 a.m. They then soaked up the water and dried damp areas with fans. Areas severely damaged by water, including parts of the ceiling on the second and third floors, will have to be repaired. Those repairs were scheduled to start Sept. 18.

Lauren McCartt, a sophomore English major who lives in pod 119, said there were fans and dehumidifiers by her room for nearly a week after the water leaked down three floors to her pod.

Crowe said she and her roommates used bowls to catch the water at first, then were frustrated at having to work and sleep over the sound of the noisy fans.

“Don’t leave your shower on,” Crowe said. “It will create problems.”