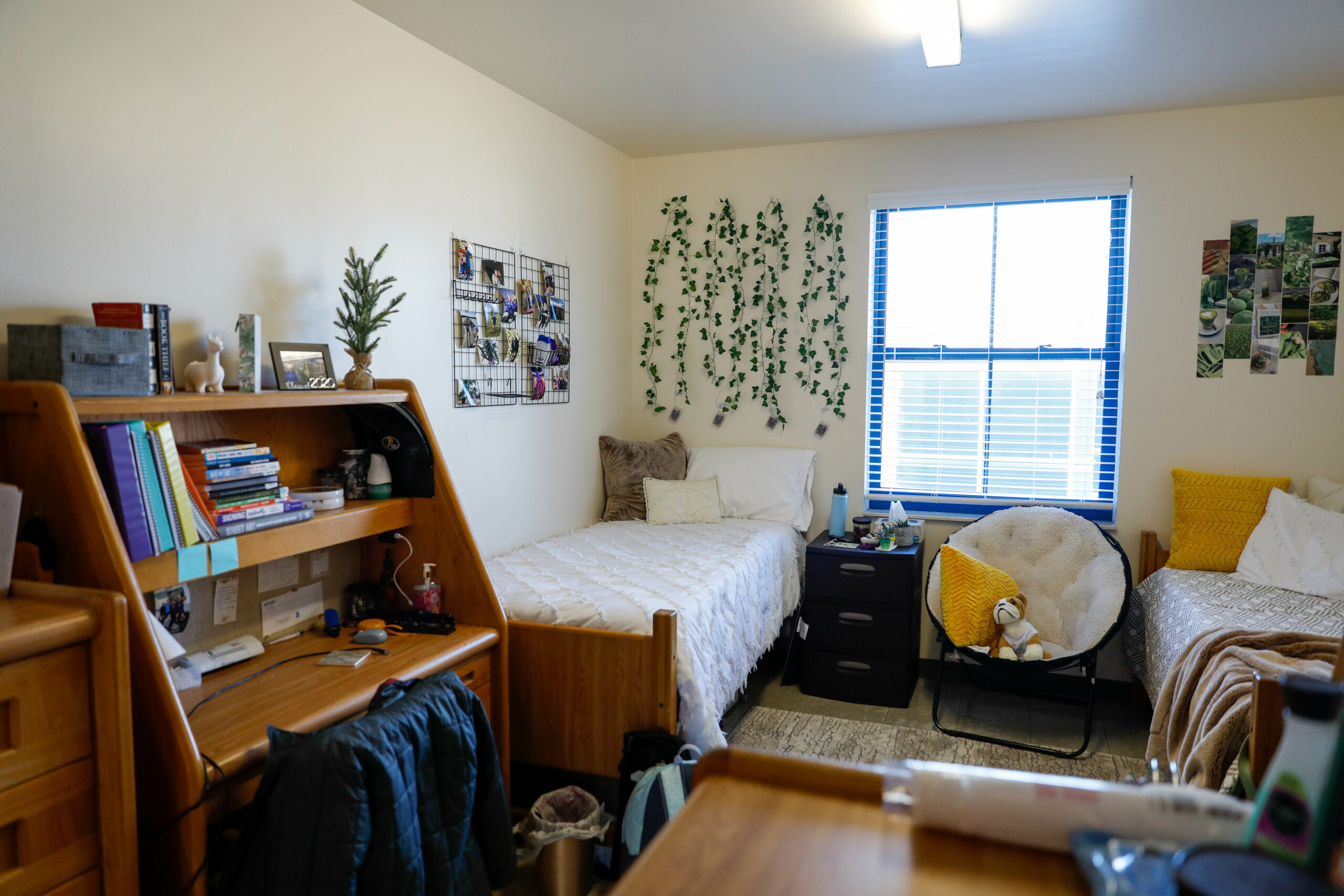 Butler offers gender inclusive housing for students in all dorms on campus.

For my fans that do not already know, I live in a six-person suite in Fairview House with five boys. So everyone who likes “New Girl,” as an education major living with all boys, please call me Jessica Day. This decision was single-handedly the best choice I have ever made and makes me well versed in the world of coed living here at Butler.

Coed living is not for everyone, and that is totally okay, but I am so glad it is an option for students similar to me. Coed living gives students on campus the opportunity to live with the people they’re friends with regardless of how they identify.

People are constantly divided by gender in society: bathrooms, stereotypical professions and sports are only a few things that are divided by gender. Housing at college is another common place where these separations are typically seen. Mandating these separations does not keep people separated, but it merely makes students live with people they might not be comfortable with.

After my first year at Butler, I found myself to be friends with mostly male-identifying people. As an anxious person, living with people I was not friends with and not comfortable with would have just heightened my anxiety. If coed living was not an option for me, I would have had to live with people I did not know.

Coed living also provides students who are transgender, non-binary or gender-fluid individuals with the opportunity to live with who they are most comfortable with. Butler allowing students to live with anyone regardless of how they identify allows students to do what is best for them.

Being comfortable living coed might not be for everyone, and that is why it is a choice and not something that is expected. If living with people of the opposite gender makes you uncomfortable, you do not have to do it. I am not trying to convince you to live coed, but merely trying to normalize it.

Thomas Santore, a sophomore music composition major, talked about why he thinks coed living should be allowed at universities.

Living coed is a choice that is offered to every student living on campus at Butler University, and the amount of shock that is associated with coed living is mind boggling to me.

I do not understand why students are so shocked when they find out that I live coed on campus. Living coed and living with everyone who identifies the same is really no different.

Senior pharmacy major Grace Castellese discussed the similarities she has experienced living in both coed and non-coed situations.

I did not live coed last year. However, this year my living situation at Butler has been so much more fulfilling. Because Butler permits coed living, I get to live with some of my best friends.

While my and many others’ on campus experiences of coed living is not that different than living non-coed, there are some stigmas around living with people who identify with the opposite gender.

When people find out I live with guys, their first reaction is typically negative. I have gotten so many comments of, “How do you do it?” and, “Which one of them are you in love with?” to the point that it’s ridiculous. I respond that I do it because they are my best friends. It would be no different if I lived with all women.

Castellese talks about how people tend to focus on the fact that some of her roommates identify differently than her in terms of gender instead of the fact that they are all just roommates.

“I feel like the gender aspect is not a big deal,” Castellese said. “People like to focus on that, but in reality, we’re all just living together,”

Not only is living with people of the opposite gender not a big deal if you are comfortable doing so, but it can also be so beneficial for students who do want to.
Matt Heitkamp, a sophomore music education major, talks about how living with friends was the main reason for living coed.

“I loved spending time with [my current roommate] last year and was so sick and tired of going to [her room],” Heitkamp said.  “I was like, ‘Oh, it’d be so nice just to get to be in the same room, and [living coed] doesn’t even faze me ever.”

Being able to live with your friends is only one of the benefits of living coed. Living with people that identify differently for you gives you the opportunity to learn and grow as an individual.

Castellese talked about how living with people regardless of their gender can be valuable.

“I think it’s a valuable life skill to not only be able to live with your friends, but also to be able to interact with … different [gender] identities,” Castellese said.

Learning to live with people other than your family is a skill that most people learn during their college years. The opportunity to live coed at Butler just furthers students’ abilities to learn to live with other people.

If you have a problem living coed, then you do not have to. But if you are a student who is debating living coed, know that it is no different than living with people who identify similarly to you.

At the end of the day, I love living coed, and I love that it is an opportunity that Butler provides their students with. So thank you, Butler, for letting me live with the people who make me happy.