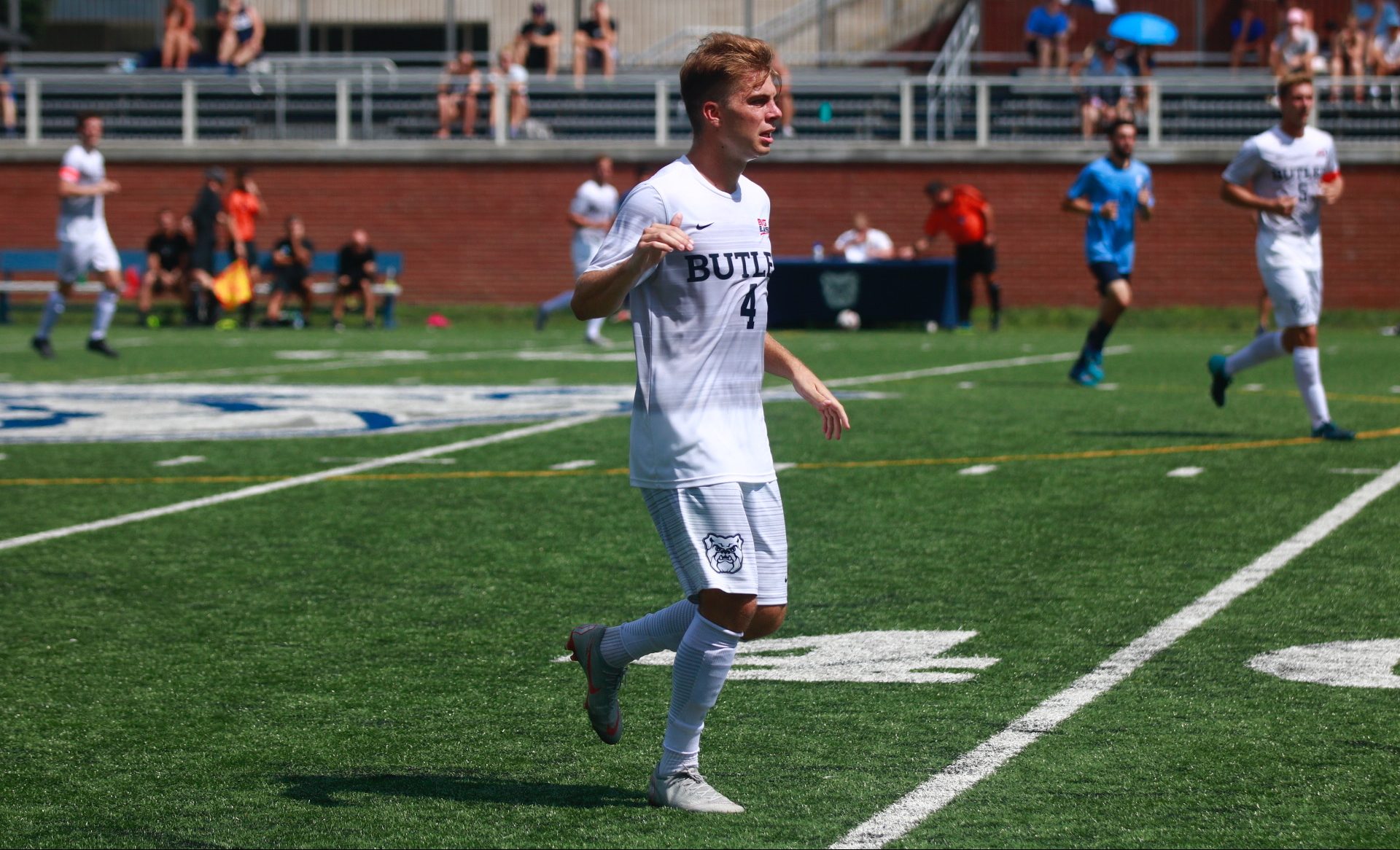 Derek Sutton surveys the field during the match against Columbia. Sutton scored the first goal of his Butler career to put the Bulldogs ahead 1-0. Photo courtesy of Jimmy Lafakis.

The Butler men’s soccer team fell to 1-2-1 on the season after a double-overtime loss to Columbia University by a score of 2-1. The Lions converted on a penalty kick in the 106th minute to take home the victory.

“I’m extremely disappointed with our lack of focus and inability to make the right decisions at the right time,” head coach Paul Snape said. “I’d like to say there are some positives but we let it go again.”

The first half saw neither team find the back of the net. The best opportunity of the opening 45 minutes came from freshman Jack Haywood who turned defense into offense in front of the Columbia goal. However, his effort was stopped by Columbia goalkeeper Dylan Castanheira.

The Lions had eight shots in the first half but only put two on frame. Butler’s goalkeeper Gabriel Gjergji stopped both efforts to complete his third straight half of shutout soccer.

The second half started beautifully for the Bulldogs. Just two minutes into the second period, Derek Sutton claimed his first career goal on a cross from Brandon Guhl.

The lead only lasted 20 minutes before John Denis’ equalizer tied the game at one. The remainder of the second half went on without a goal thanks to two big saves from Gjergji with less than five minutes remaining in regulation.

Butler had 14 shots in the game, 10 of those efforts coming in the second half and the first overtime period. Plenty of good opportunities were presented to the Bulldogs late in the contest but they were unable to find the back of the net.

“We work on it all the time,” Snape said. “Guys have to embrace it, they got to produce when it matters most. Apart from Guhl, we’ve got to score goals and we don’t hardly have anybody who’s doing it.”

Butler returns to the pitch on Sept. 8 when they take on UC-Santa Barbara at Harder Stadium in Santa Barbara, California.