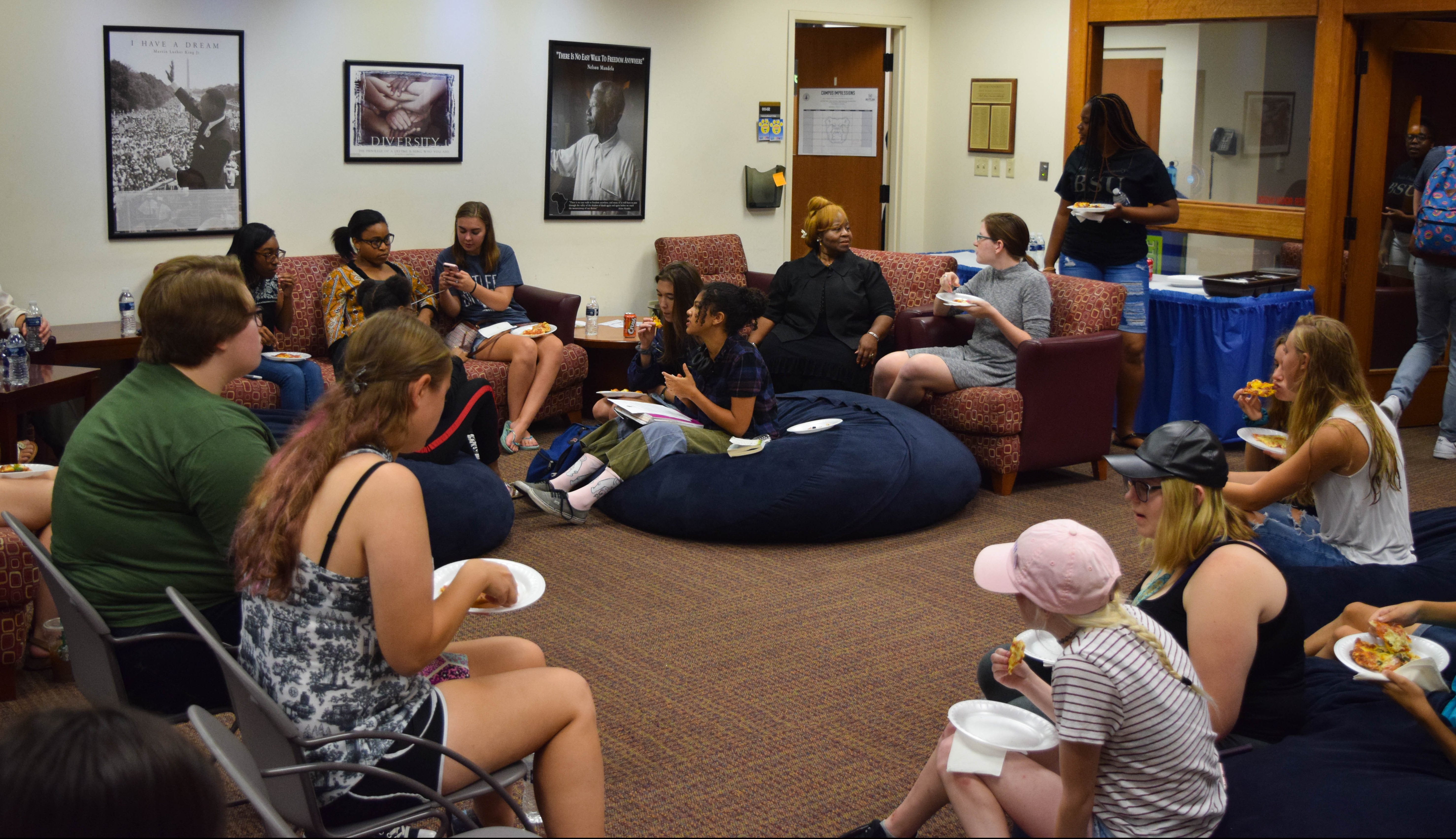 Sept. 14 marked the start of this year’s First Friday at Four, a monthly event put on by the Efroymson Diversity Center and the Center for Faith and Vocation.

The first Friday of every month, all members of the Butler community are invited to gather in the Efroymson Diversity Center to discuss topics determined by students over pizza and drinks.

“It’s an opportunity for conversation and fellowship,” said Valerie Davidson, director of the Efroymson Diversity Center.

The first meeting of the 2018-19 school year had a turnout of approximately 30 people who gathered to share and discuss. Topics centered around the Butler community and recent safety issues on campus regarding suspicious activity seen on Hampton Drive.

The poorly-lit routes to the Jordan Annex and University Terrace apartments were discussed in depth, and students pitched ideas for safer transport to these areas.

Social issues on campus were also a popular subject. Concerns over diversity and acceptance were addressed by many first years.

Morgan Hester, a sophomore accounting major and First Friday attendee said she attended meetings last year and feels the meetings are beneficial to get students involved in their community.

“It’s important for students not to just say their concerns but get motivated to act on them,” said Morgan Hester,

He said most of the time the conversation revolves around issues in the U.S. compared to other countries. Additionally, he said the discussions are stimulating and never get boring.

The conversations aren’t guided by leaders or specific discussion topics and people are invited to come and start talking. Davidson said she feels it’s important to keep open channels of dialogue within the community.

“With all the pressures and everything that’s happening in our world today, we all have things that may be on our minds,” Davidson said. “Coming together and sharing what’s on our minds is something we all need from time to time.”