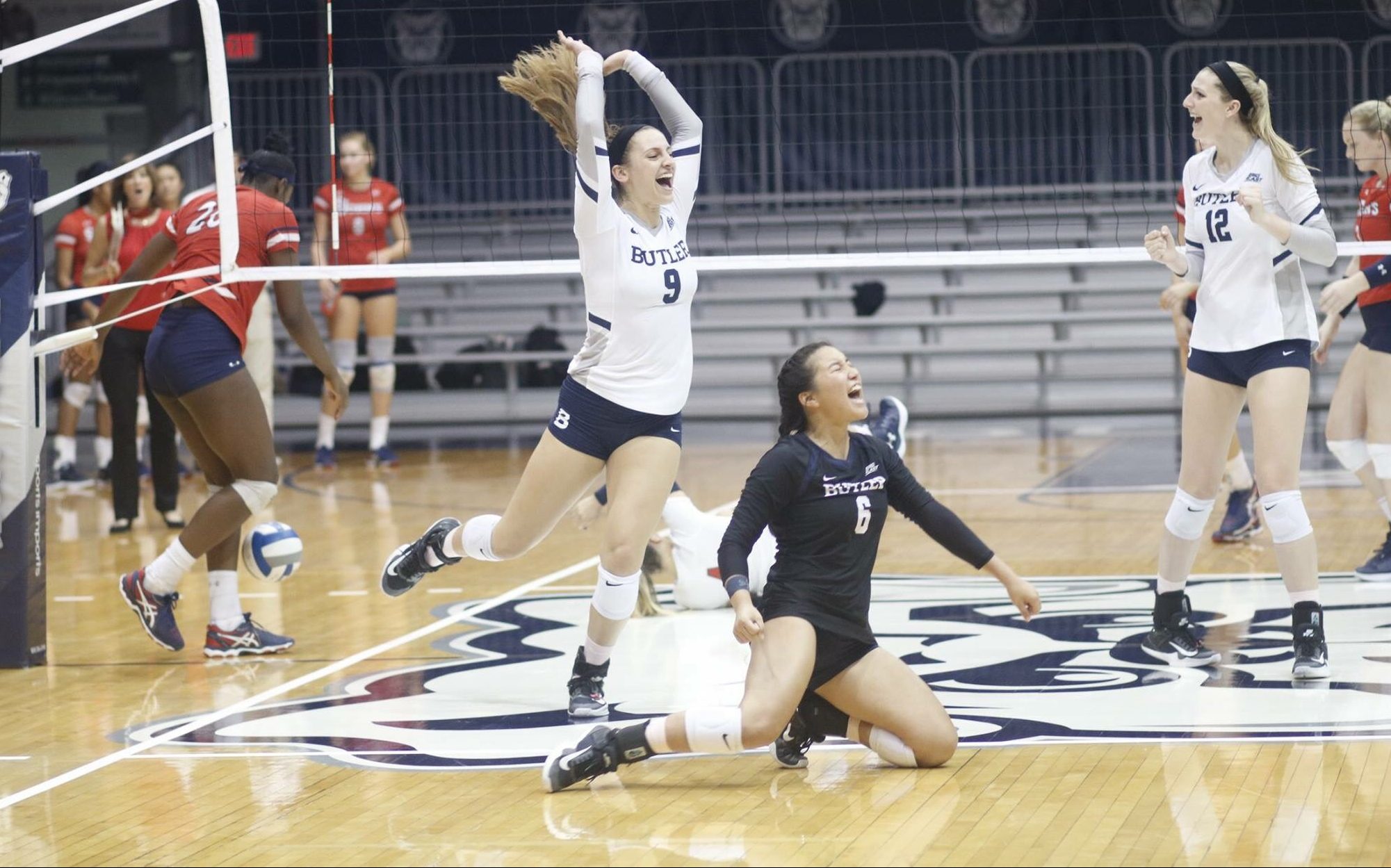 Taylor Takeda is back home in sunny Hawaii. She’s tuned in to what she describes as “her Netflix”: a volleyball match.

It’s not just any old match. Her Bulldogs are playing against Xavier University on the live stream. She’s streamed all of her team’s games. She’s yearning to be out there with her teammates. But she can’t be.

She’s thousands of miles away from her second home.

Last fall, the senior libero missed five games to be with her ailing father, Daryl. The Mililani, Hawaii, native spent precious time with him before he died of Stage 4 cancer in September. Takeda was at home with her family when she lost her father and returned to action in early October.

“Volleyball is my outlet,” Takeda said. “Last year, it was my peace because my dad loved watching me play.”

Takeda said leaving the team was challenging. Even while she was with her family, she made sure to watch the Bulldogs play.

“I wouldn’t say it was stress relief, but it was a happy place for me to go,” Takeda said. “It still drove me insane. I said, ‘I just want to be there so badly.’”

Despite missing a portion of Big East play, Takeda posted 357 digs, good for second on the team. She also paced the Bulldogs with 28 service aces.

“Every single point is important to her,” freshman setter Maria Schorr said. “For her, it’s not one game to 25. It’s 25 little games to one. I feed off that energy.”

The statistics help define her impact on the court. But her character speaks more volumes than numbers on a stat sheet. Takeda is no stranger to adversity.

Two years ago, she took a chance that changed her life.

Takeda, who had never been to Indiana prior to her transfer, will play her third season at Butler in the fall. She spent her freshman season at D-II Dowling College, which was located in Oakdale, New York, before closing due to financial problems.

Back in 2016, she told the Collegian, “Everyone is so accepting and kind here. I feel like my old school was meant to close so that I could be here and push myself in academics and athletics. It just feels right.”

While she was in Hawaii, her teammates sent her photos. She received a team photo of the Bulldogs at a Cincinnati Reds game. There was only one thing left to do.

“I Photoshopped myself into one of them,” Takeda said.

After she returned to Butler last fall, she invited her teammates to dinner at Yats on her father’s birthday.

“I knew that was going to be a tough day,” Takeda said. “I said if anyone wanted to get dinner with me, I would appreciate it.”

The whole team showed up.

She even felt the love from other Big East teams. When Butler played Seton Hall University at Hinkle Fieldhouse, Takeda ended up holding the door open for the Pirates after a film session. She had no idea of what was about to follow.

“Their coaches were like, ‘We missed you so much. We’re so glad you’re back,’” Takeda said. “I was like, ‘Are you, though?’ But I wasn’t anticipating them hugging me. It was really nice.”

The Marquette University Golden Eagles also took time to give Takeda a card. Every player and coach signed it.

She has also left a positive impression on her teammates. Sophomore outside hitter Natalie Ravenell describes Takeda as “happy, always smiling, and always in an energetic mood.”

“She always wants to give you a hug,” Ravenell said. “I’m not really a fan of hugs. If I’m like, ‘Yeah, you can give me a hug,’ then she gives me a hug. And she just gets so happy.”

Despite all the adversity she’s faced, her mentality hasn’t changed.

“Her heart really shines through,” assistant coach Eddie Pennington said. “If you watch any film we have, she makes some of the impossible plays other athletes wouldn’t be able to do because of a mindset they don’t quite have.”

“She’s the heart and soul of the team,” Keeve said. “She is always screaming and cheering on her teammates.”