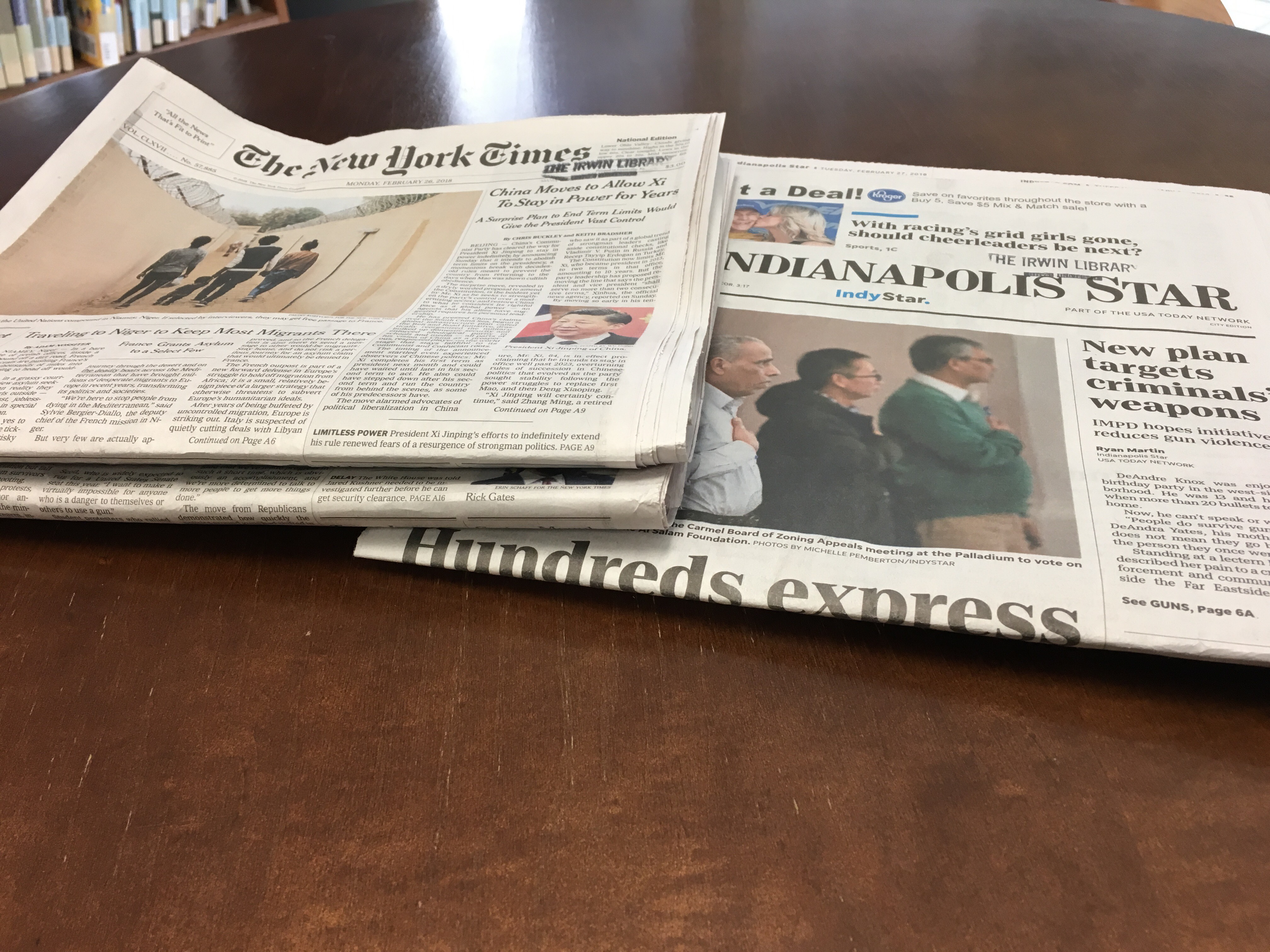 “A democracy is predicated on an educated citizenry.”

This is a quotation from Hamza Yusef, a prominent scholar and activist for education on the Islamic faith. And like many good quotes, it can be used to argue many things, from increasing education funding to fighting against the exclusion of historical facts from history textbooks.

But today, I want to bring this quote to an issue that hits right here at Butler: the Collegiate Readership program.

Anyone who knows me has almost certainly heard me express my love for — and deep disappointment at the discontinuation of — this program. For those of you that do not and have therefore missed out on my soap-boxing, here is the abridged version: the Collegiate Readership program was one of the best uses of money Butler has ever displayed, and the fact that they discontinued it is absolutely ridiculous.

There are a number of reasons why the program should be reinstated, and because I can already hear the criticism that this is too niche an issue, I would like to mention I am far from the only person who believes this. But before we get into testimonials, a brief review.

The “Collegiate Readership Program” was an initiative that Butler had for many years in which the university provided copies weekly of the New York Times, USA Today and the Indianapolis Star. These were distributed at various places around campus, from academic buildings to the HRC. Many students took advantage of this, considering a subscription from any one of those outlets could run up to over an additional $50 a year — and as great as Butler can be, it cannot be said that it provides a lot of leftover money for students.

When the program was canceled, the common knowledge amongst students was that it was because it had become too expensive. An “official” response was never given, but as it turns out, SGA voted to end funding to the program due to the expense, to relatively little fanfare. While this may seem like a reasonable rationale at first, Butler has never shown an inclination toward spending in the best way.

Empty Collegiate Readership Program stands can be found in academic buildings and residence halls throughout campus.

All of this brings us back to Yusef’s statement. While it may seem to lean too heavily on the side of the overdramatic for something as seemingly insignificant as a university supplying newspapers, I do not think it is unfair.

According to a July study conducted by PEW Research Center, the American public is woefully under-informed about important information If clicking on the link is too much work, a telling highlight: less than half of the public knows who our current Secretary of State is.

And what is the easiest way to fight a lack of information? At the risk of unnecessarily stating the blatant, it is to provide easy and convenient access to it.

But this is the opinion of one (overzealous) student. How do others on campus feel?

Margaretha Geertsema-Sligh is a journalism professor and the director of the Eugene S. Pulliam School of Journalism. She was amongst those that religiously grabbed the papers that were provided, and views the elimination of the program as a loss to the student body.

“I really think it’s very unfortunate,” Geertsema-Sligh said. “I picked up the newspapers, and I looked through them, but I think for students, that is an opportunity to see what is going on in the world, outside the Butler Bubble. And now that we don’t have the newspapers anymore, I just think students have fewer opportunities to know what is going on in the world.”

While she understands the university wanting to save money, it is Geertsema-Sligh’s belief that getting rid of the program is an action made at the loss of students.

“I’m really disappointed they discontinued [the program],” Geertsema-Sligh said. “I just don’t know if students will take the time and money to buy newspaper if not available.”

Tim Winter is a junior mechanical engineering and computer science double-major, and he shares a similar opinion to Geertsema-Sligh and myself.

“You don’t frequently get access to these sorts of resources,” Winter said. “These are some pretty reputable news sources, and having them as a student helps us become more worldly.”

That does not mean he does not see where the university is coming from. On some level, he finds the cancellation fair.

“If you look at the money spent, it makes sense to get rid of [the program],” Winter said. “But it contradicts the message we are sending as a university. If we’re putting in the effort to make students sit through GHS classes because we label ourselves a Liberal Arts school, what are we saying by taking away resources that educate us on real-world issues?”

It is probably important for me to acknowledge that it is undeniable that print media is falling by the wayside. And from that perspective, it is understandable why the print subscriptions would be cancelled. But what about online subscriptions? This would be cheaper than doing print. And no matter how much we want to argue about the economics of the decision, knowing what is happening in the world is important.

And so we once again return to the beginning of the article, with Yusef’s quote. No, America’s democracy will not be directly affected by Butler’s elimination of the Collegiate Readership Program. But it is hard to argue that having a more educated public, no matter the population, is not worth it in the end.