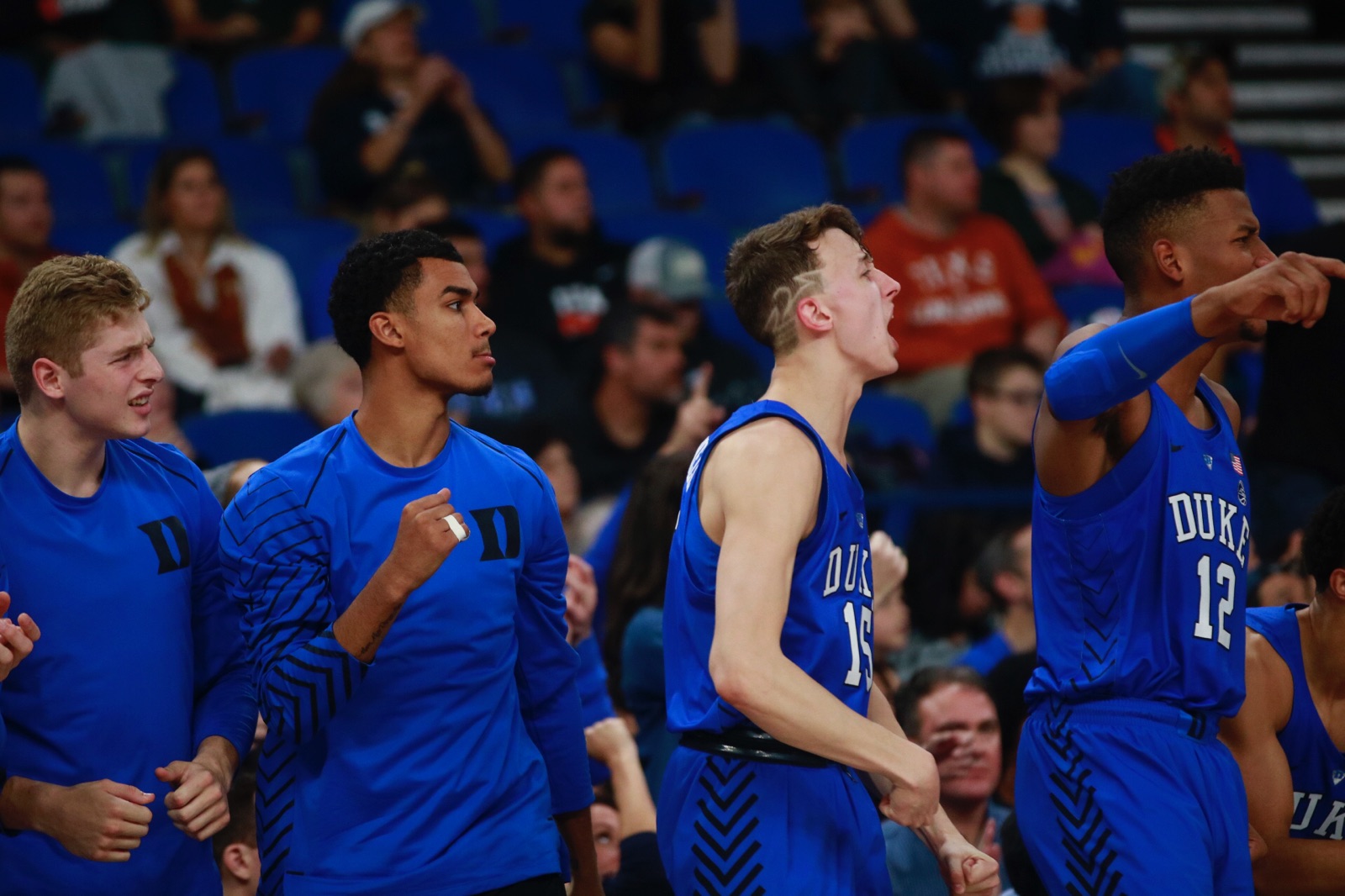 Jordan Tucker, second from the left, stands on the bench for Duke at the Phil Knight Invitational. Tucker is a 6-foot-7 freshman and ranked 40th nationally by ESPN in the class of 2017. Photo by Jimmy Lafakis.

Monday was a big day for Butler as the team landed its highest-ranked transfer in program history in Jordan Tucker, who is leaving Duke University to join the Bulldogs. Fans know how big of a deal this is, and it showed on Twitter this afternoon.

Coming from the man himself.

Don’t need my Spanish minor to know how big this could be for Butler basketball. https://t.co/Tan1yzJg7r

Get him a class schedule, Danko!

Jordan Tucker will likely enroll immediately to be eligible at the end of the Fall 2018 semester. Probably around Crossroads Classic.

We are getting SO MUCH free lemonade next season. https://t.co/B9ZQHq2n5G via @YouTube

Spoiler: This dude can shoot from everywhere.

Best of luck to Jordan Tucker as he’ll be transferring from Duke to Butler.

Once a Blue Devil, always a Blue Devil. #DukeNation wishes you nothing but the best throughout your career! pic.twitter.com/KdHQ2bBzGV

Which is really always, no?

Great day to be a Bulldog… @ButlerMBB #GoDawgs

*Insert Jon’s “The Butler Way” tweet right after this.*

Will he be the next Kelan Martin?

Today, like all days, I’m reminded it’s ALWAYS a good day to be Bulldog?? Who wouldn’t want this be home? #BasketballCathedral ?⛪️ #GoDawgs #ButlerFamily pic.twitter.com/eqrmCio6C9