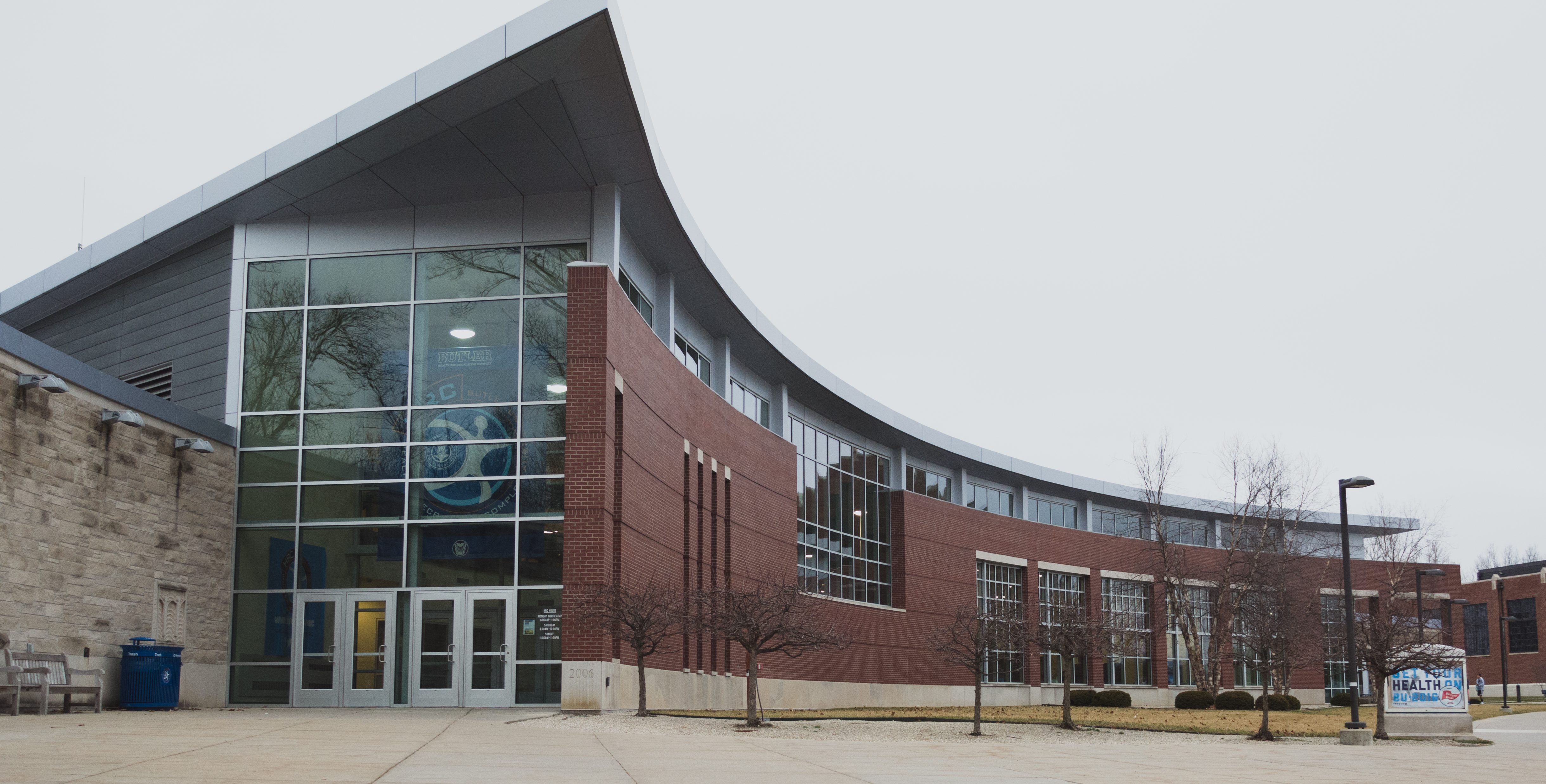 For many, the weeks leading up to the end of the calendar year is a joyful time: multiple religious holidays take place, children get out of school, lights and decorations line homes. For at least a moment, the weight of the world’s problems is lifted and celebration ensues.

For some college students, however, this time of year can be neither holly nor jolly. Instead, a large amount of the holiday season is full of stress from final exams.

According to a study conducted by MentalHelp in 2016, 89 percent of college students were stressed at least two to four times per semester, and 30 percent said they were stressed for almost the entire semester. Thirty-one  percent of students surveyed said that finals were the biggest source of their stress. The second source of stress was graduating on time and post graduation.

These numbers do not come without consequence. In a different survey conducted by the American College Health Association in 2016, more than 34 percent of students said that stress had negatively impacted their academic performance. Students exposed to chronic stress can suffer some long term side effects, such as insulin-dependant diabetes and depression.

Because the life of a student can be so stressful, Butler students have organized to support each other and help relieve some of the pressures of college life. Peers Advocating Wellness for Students plans programs and events that help educate students on how to stay healthy throughout the year. In weekly meetings, the group plans activities to help students with their mental health and self-care practices.

Gwen Spencer, sophomore actuarial science major, is the co-president of PAWS. She said she is stressed for finals because she has four to take. But for some Butler students, she said it is not just about the tests.

“I think a big problem that affects Butler is that a lot of our students are overachievers, so many students are committed to multiple things besides classes and so that really adds to the level of stress,” Spencer said. “So, while your finals might not be really difficult, you might have a bunch of other things going on that contribute to that stress.”

To help with that stress, PAWS has created a 15-day self-care challenge, called “Dawgs Dare to Self Care.” The challenge was designed to be a substitute for “Stress Less Week,” a week-long event that PAWS put on around finals time to help students unwind. The Stress Less Week was a big event for PAWS, which resulted in extra stress for the members that helped throughout the week.

“It was a lot of work for PAWS members and we became really stressed trying to get these events done,” Spencer said. “We are trying to preach, ‘Don’t be stressed,’ and yet we were all really stressed.”

The 15-day self-care challenge allowed for members to plan in advance, which made them more free to focus on their studies during finals week. The challenge is a mixture of activities that research has shown to relieve stress and things that PAWS members have found to help them specifically. The challenges are listed online, allowing students to access it whenever they like — during finals week or whenever they are feeling stressed.

Most of the events that Stress Less Week used to host will still be going on this December, just without PAWS’s sponsorship. The HRC will still have fitness and meditation classes in which students can participate.

Stephanie Haran, sophomore sociology major, is stressed about finals, but said she is in a pretty good spot at the moment.

“I’m at about a six or a seven [out of ten] on the stress scale right now,” Haran said. “All of my finals are on the same day, but they aren’t in intensely hard classes, so it’s not that bad compared to other people.”

Sarah Diaz is the associate director of Health Education and Outreach Programs located in the HRC. She works with PAWS to help students who are feeling the pressure of school work and college life in general.

Diaz and PAWS are working to make sure that favorite Stress Less Week events still happen, just at different times throughout the year. For example, De-stress with Doggies used to happen once a year before finals, but will happen three times throughout this year; and in the future, it could happen once every month. The schedule of events hosted at the Irwin library as well as their hours for finals week, can be found on their Facebook and Twitter pages.

Diaz said while finals is one of the most stereotypically stressful times in a college student’s life, the pressures of college are more than just big tests.

“The things that stress us out, the times that we might feel the most pressure and other things maybe even outside of our academic experience that are causing us stress and bringing about pressure are different for every student,” Diaz said.

Haran said that finals is definitely the most stressful time of the year for her, but other times when she has big tests can be stressful as well.

“I think it [is like that for] everyone,” Haran said. “Everyone has the same level on the scale of stress [during finals].”

Maria Fletcher, a physician in the Health Services office in the HRC, said that students come to Health Services asking for help with stress and mental health problems equally throughout the year, but for different reasons.

“I tend to see students all year long: early in the semester for adjustment reactions [but] I also see students on a continuing basis for medication management,” Fletcher said. “Close to finals, I might see students who have decided that they need some accommodation for testing and have consulted with Butler University Student Disability Services.”

Fletcher said in medical work, stressful moments are an everyday phenomena, but she tries to make time for herself so that she can unwind.

“Every day is different from every other day,” Fletcher said. “I try very hard to take a break when I can so that I can feel re-energized. I try to eat healthy and hydrate. I practice mindfulness and yoga. I walk for exercise which also allows me time to enjoy nature.”

Diaz said that recent studies by the American Physiological Association found that stress in the United States is at an all-time high and that one of the primary causes of that stress is concern about the future of our nation.

“You think about the pressure and stress of the normal collegiate environment but then you also think about all of the disfunction and the chaos that’s existing in our society and the way that that might be affecting each of us,” Diaz said. “I think that makes this year feel a little different than others.”

To help get a better measurement of collegiate stressors, the National College Health Assessment, a survey that Butler has participated in in the past and plans to again in the 2018 calendar year, surveys current college students to see what weighs most heavily on young people in the United States. The most recent study found that students are experiencing high levels of loneliness, hopelessness and stress.

Diaz said that while her office and organizations like PAWS can help students with mental health problems, it takes a larger community to make sure people are healthy and happy.

“These things aren’t something that one office should be expected to tackle but maybe through increased awareness of those [problems] we can all sort of work together in our classes and organizations and units in residence halls to ask what can we do to reach out and help somebody,” Diaz said.

Fletcher said better study habits, as well as stress relievers such as meditation, breathing exercises, imagery exercises, praying, yoga, working out, eating healthy and drinking water can be the best tools for students to successfully navigate times of extreme pressure.

“[Students need] to prioritize, be consistent with studying and learn to delay gratification,” Fletcher said. “Try to focus on the goal and work backwards in order to figure out what needs to happen in order to see the goal to fruition. Study smarter instead of harder.”

For some, mental health problems can be difficult to confront. Diaz said empowerment is a way that communities can encourage self care and help students who are struggling, regardless of the time of year.

“I would encourage students to know that they are not alone and to take care of themselves and to feel empowered to do that, but that’s going to look different for everybody,” Diaz said. “When students practice self-care, even though it might mean carving out a little bit of time, it may mean that the time that they are spending on these things that are causing them stress is more easily managed.”