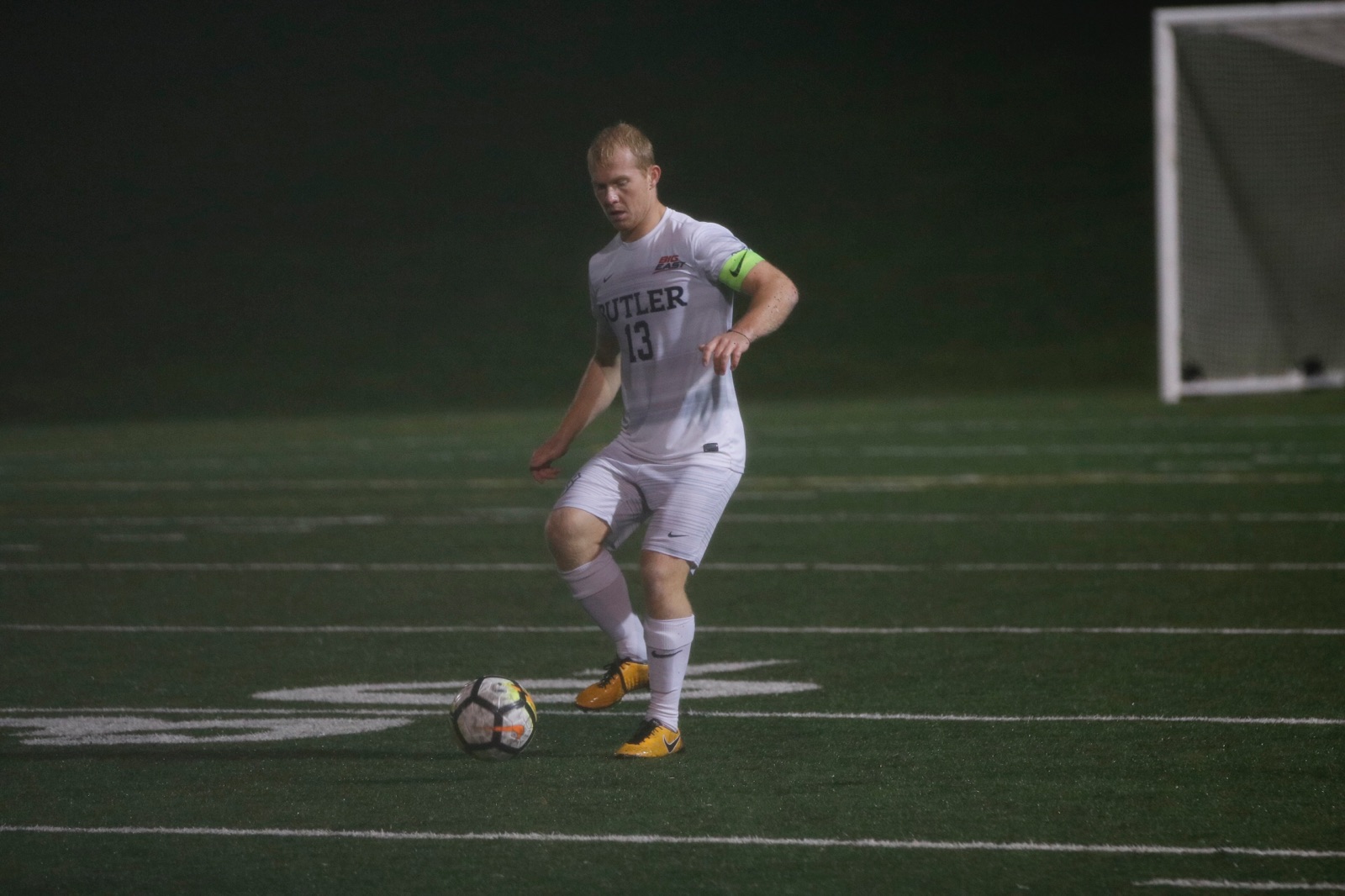 The Butler men’s soccer team wrapped up Big East play by defeating Xavier University, 2-1. They end the year 12-4-1 overall, and 8-1 in the Big East.

“I think it’s very important for us to keep the momentum going,” sophomore midfielder Isaac Galliford said. “We didn’t want to slack off today and just like, let them have it easy because we’ve already won [the Big East regular season championship].”

Heavy rain came down at the Sellick Bowl hours before opening kickoff until the final whistle.

“I didn’t think it was too cold or the wind was terrible,” head coach Paul Snape said. “It was just raining so it made the surface a lot more slippery, slick as well.”

Xavier got on the board first through Simen Hestnes in the 17th minute. The lead wouldn’t last long.

In the 29th minute, Galliford got hold of a loose ball in the box and drilled a left-footed shot into the net. Sophomore forward Brandon Guhl and sophomore midfielder Lewis Suddick assisted on the goal, Galliford’s third of the year.

Here’s a look at the Bulldog goal… pic.twitter.com/tMsxT5h0yo

At halftime, the Musketeers held a 10-3 edge in shots and a 5-1 advantage in shots on goal. Four saves by redshirt senior goalie Eric Dick helped the Bulldogs get into halftime tied at one.

Xavier controlled most of the second half too, but couldn’t find another goal. They outshot the Bulldogs 13-6 on the night and both of Butler’s shots on goal ended up in the back of the net.

With about 15 minutes left, Butler went on the offensive. One corner kick was cleared away and a second one came three minutes later.

Senior midfielder Eric Leonard made the most of it, heading in Galliford’s cross to give Butler the lead in the 78th minute. It was Leonard’s first goal of the season.

GOOOOAL! Eric Leonard puts the Dawgs up 2-1 with 11 minutes left to play pic.twitter.com/5nCQfMgyYe

“You know, honestly, it’s about time,” Leonard said. “Definitely feel like it’s been coming for a while now. I’ve hit the post, the crossbar, so really happy for us, really happy for the team.”

Thanks to their regular season conference championship, Butler enters the Big East tournament as the No. 1 seed.

The Bulldogs host the winner of No. 4 seed Xavier and No. 5 seed Providence College at the Sellick Bowl on Wednesday, Nov. 8.