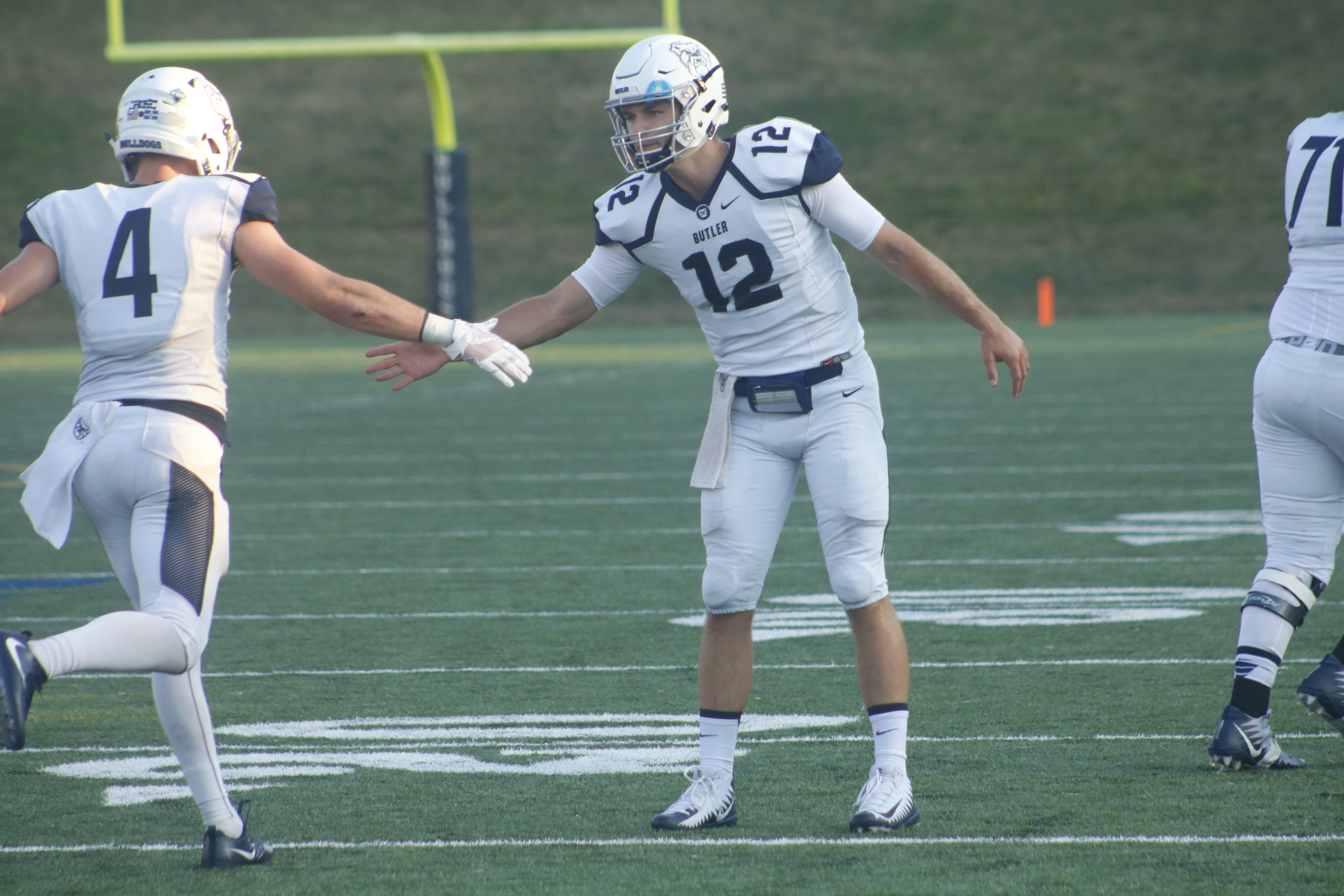 Will Marty celebrates with Pace Temple on the sidelines earlier this season. Photo by Jimmy Lafakis.

The Butler football team improves to 6-4 on the season and 4-3 in Pioneer Football League play with a 23-6 road win at Stetson University. The Bulldogs lock down defense led the way to victory.

The defense scored 16 points of their own beginning with a pick-six late in the third quarter. Redshirt junior defensive back Mike Cerone picked off the Hatters’ Colin McGovern and returned it 42 yards for a touchdown.

The fourth quarter was more of the same. Senior Connor Andras got to the quarterback early in the quarter to force a safety. Senior linebacker Ethan Brunhofer followed in suit picking off a pass and taking it 70 yards to the house for the Bulldogs second pick-six of the day.

The Bulldogs only gave up 164 yards to the Stetson offense including -21 yards rushing for the Hatters.

Junior running back Anthony Scaccia was responsible for the only offensive touchdown for the Bulldogs. Scaccia found the end zone on a 5-yard touchdown run. The Bulldogs took the lead on that touchdown and never looked back.

Butler football returns to the Sellick Bowl for their final game of the regular season when they take on Valparaiso University for senior day.