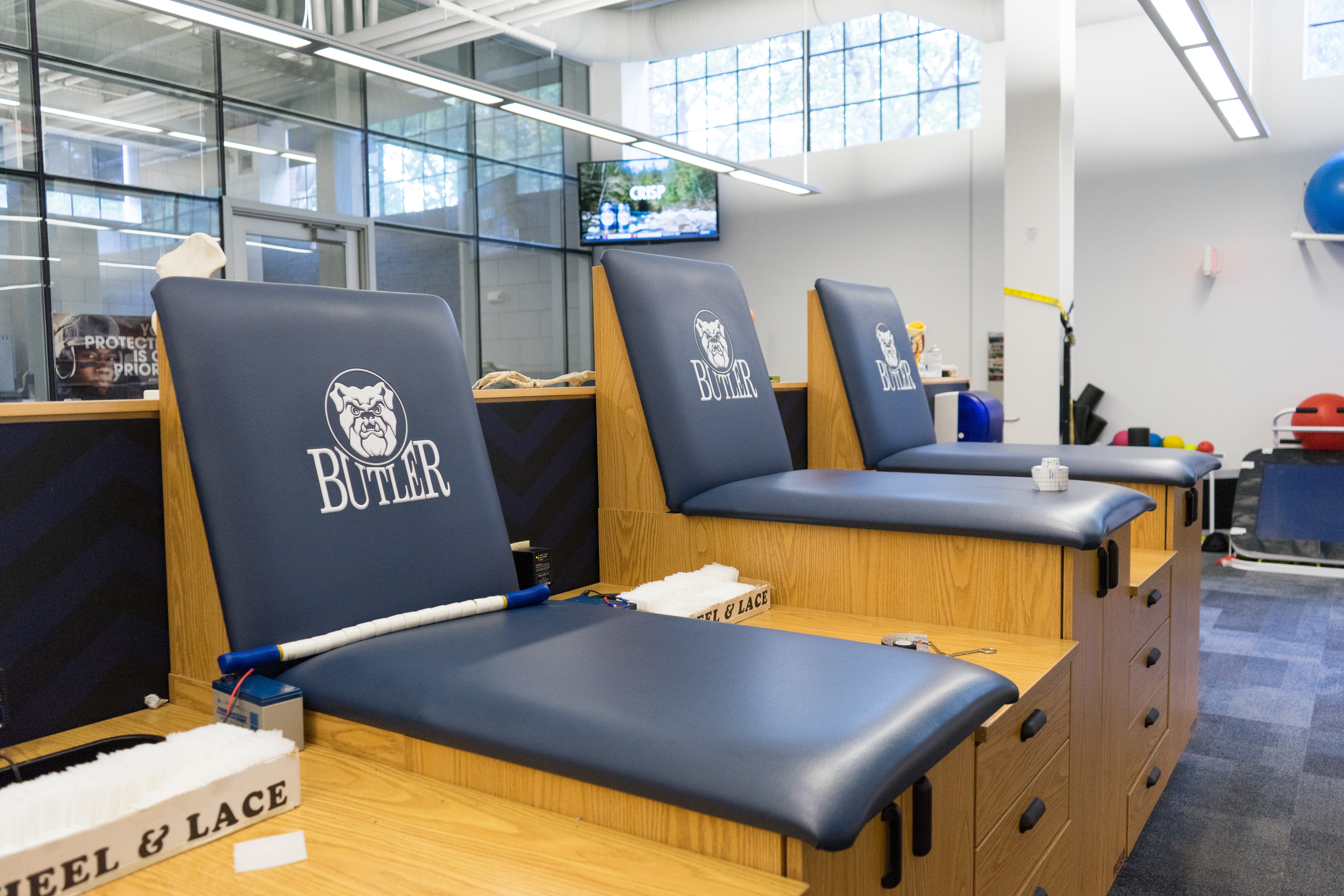 Athletes are surrounded by mentors. Teachers help with academics, coaches help hone their craft and strength trainers help athletes stay physically ready for anything. But who is helping them mentally?

Journaling and visualizing are two tasks St. Vincent Sports Performance psychologists use to help Butler University athletes maximize their abilities on and off the field.

Joey Lindstrom, a redshirt freshman quarterback on Butler’s football team, is picking up habits from psychologists Dr. Kacey Oiness and Dr. Chris Carr. He journals daily to put a positive light on the day and reflect on anything he is thinking about.

He also said he spends 15 minutes “putting his thoughts into a shoe box” and takes the time to close his eyes and focus on his breathing.

“I wanted to see how I could get better mentally,” Lindstrom said. “Sports are 90 percent mental, the four inches between your ears is the biggest part of your game. I wanted a way to get internally focused with myself so I could become a better athlete.”

“It was initiated by our athletic administration,” Ryan Galloy, Butler director of sports medicine, said. “Things are a lot different in Butler athletics than they were in 2006. We are always looking for the next best things we can do for our student athletes and mental health is a big initiative by the NCAA and we want to be in line with that as an athletic department.”

In recent years, Oiness and Carr schedule appointments on Butler’s campus once a week to work with athletes on their mental game.

An Associated Press study found that eight in 10 college students are stressed on a daily basis. College athletes deal with that same stress and add the weight of their sport on top.

“There are many stressors and pressures that come along with being a student-athlete,” Oiness said in an email. “And it is hard, if not impossible, to meet all the demands if athletes are not in a mentally healthy place. Just as athletes focus on building physical strength and maintaining physical health, our goal is to do the same on the mental side: assist in  building mental strength/’muscle’ in order to assist them in being able to achieve their peak performance athletically and academically.”

Oiness, a former member of the Iowa State women’s gymnastics team, joined St. Vincent in 2014. Prior to that, she worked with players, coaches and athletic trainers in the University of Oklahoma athletic department.

Carr has been in the business for more than 25 years. He travels with the Indiana Pacers and was the consulting psychologist for the USA Diving Team that competed in the 2008 Beijing Summer Olympics.

Carr and Oiness approach meetings with athletes by giving them tools to enhance their performance. Athletes are equipped with the ability to relax in high-pressure situations.

“The anxiety is ramped up in high pressure situations,” Galloy said. “Now all of sudden you have these tools that you didn’t have before. When it comes time to hit that free throw or make that pitch, now you have the tools to relax and focus.”

Lindstrom’s mental exercises are part of his process of becoming a starting quarterback before his Butler career ends..

“I understand it’s a process,” Lindstrom said. “While I know the end goal is to not only be a starter but to be successful at it, I know that I have to work at it. I don’t know how long it will take, it has a possibility of never happening or completely happening. I know that as long as I stay steadfast to this approach and committing to what Dr. Carr is having me do and committing to becoming a better athlete, the sky’s the limit.”

Lindstrom’s teammate, redshirt junior quarterback Will Marty, also takes advantage of the resources available to him through the sports psychologists.

“I don’t go because I think there is something wrong with me,” Marty said. “I go because I think it is going to help me. It’s a lot of being honest with yourself and I wanted to go try it and it’s helped me. I don’t see a problem with that.”

Marty uses his visualization exercises to put him right into the action of a football game.

He imagines the first drive of the game, walking through his progressions, going play-by-play. He imagines the sweat dripping down the side of his face and his shoulder pads resting under his jersey. When the time comes to actually step on the field, he said he is comfortable in the situation.

“I think it’s more important to be mentally ready than physically ready,” Lindstrom said. “I had an old coach who used to say ‘competence breeds confidence’ so as long as I’m making sure that everything I do mentally is correct then it’s going to translate onto the field.”