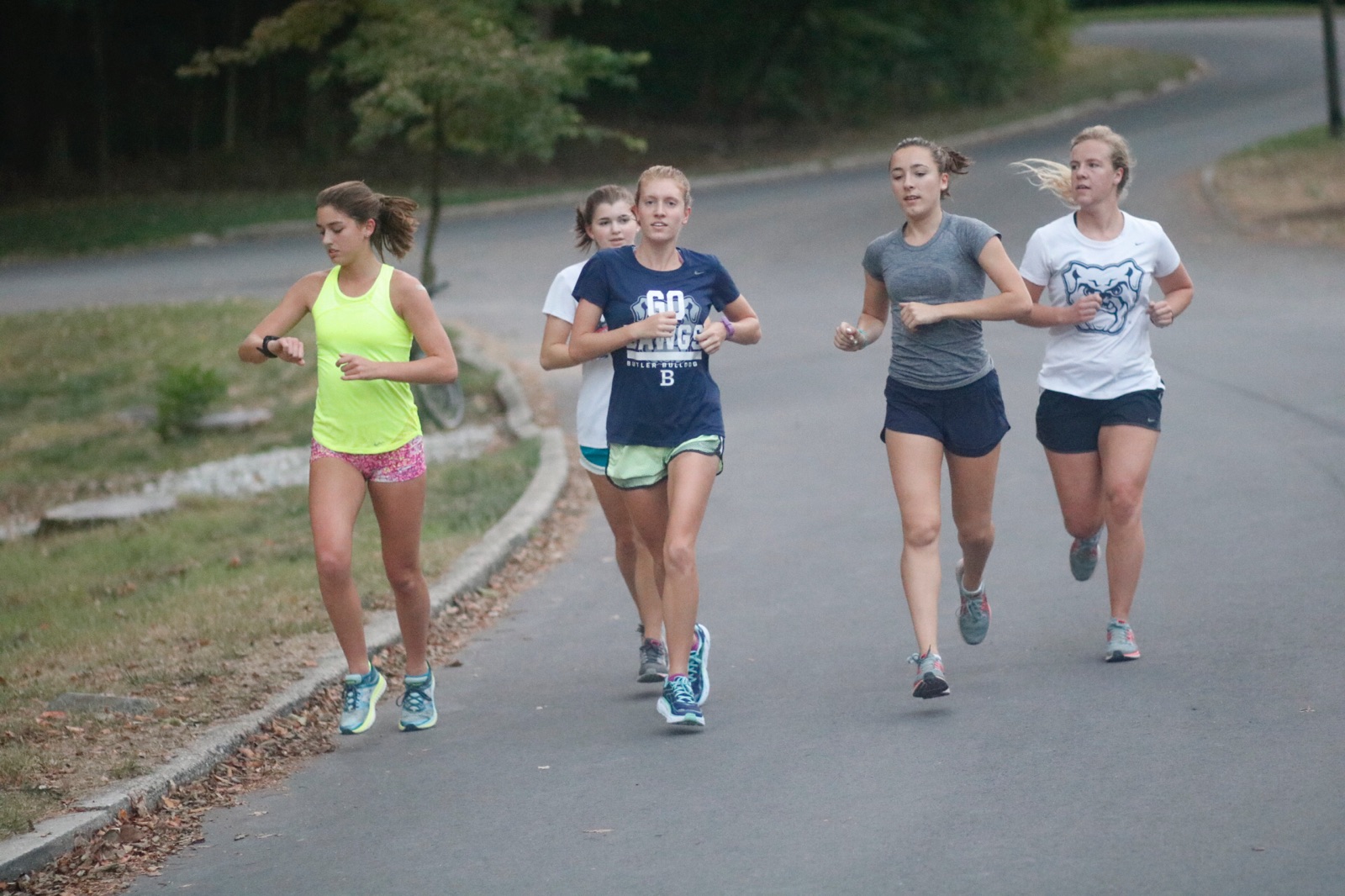 The Butler women’s cross-country team runs by Holcomb Garden in the morning. The team competes again on Oct. 20 at the University of Illinois.

The Butler men’s and women’s cross-country teams secured top-15 performances at NCAA Pre-Nationals in Louisville, Kentucky on Oct. 14. The women’s team finished 11th out of 54 teams while the men captured 14th place in a field of 51 teams.

The teams ran the same course as the 2017 Cross-Country National Championships in mid-November.

The women were once again led by sophomore Josephine Thestrup who finished fifth, completing the 6k course with a time of 21:11.0.

Thestrup was followed by freshmen Angelina Ellis and Camille Hines who finished 31st and 52nd respectively. Redshirt senior Hannah Hartzell and sophomore Kristen Johnson finished 90th and 190th to round out the Bulldogs’ scoring five. Butler’s final team score was 315.

Nevada took home the team title with a team score of 62 and Western Michigan’s Hanne Christensen won the individual title.

The Bulldogs return to the course Oct. 20 at the Illini Classic in Urbana-Champaign, Illinois.