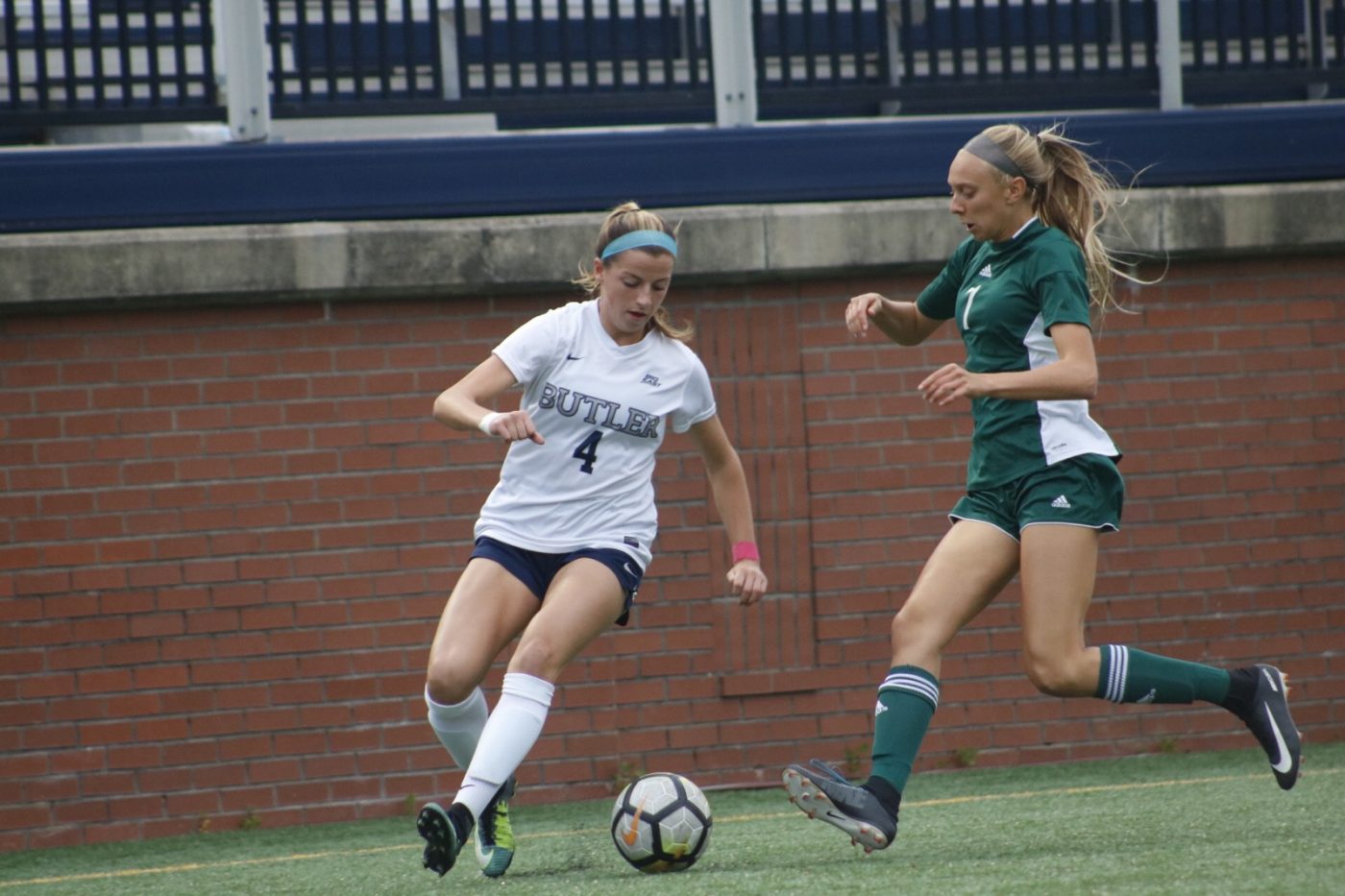 No. 22 Butler women’s soccer team clinched a berth in the Big East Tournament with a 3-0 win at Creighton University on Oct. 19.

Scoring came early and often for the Bulldogs. In the 10th minute, freshman forward Caitlyn DiSarcina gave Butler an early lead off of a Creighton deflection in the box. The Bulldogs carried a 1-0 lead into halftime after outshooting the Bluejays 13-1 in the first half.

Junior forward Paige Monaghan would score two goals in the second half. The first came in the 80th minute, when freshman goalkeeper Leonie Doege kicked a long ball down the field to Monaghan. A Creighton defender misplayed it, which gave Monaghan a clean shot for the goal.

Monaghan would add an insurance goal just two minutes later, knuckling in a shot from just outside the 18-yard box.

The Bulldogs outshot the Bluejays 19-13 throughout the match, including 11 shots on goal over Creighton’s four. Monaghan tallied six shots in the match, while junior forward Breann Pempek added three.

Redshirt sophomore goalkeeper Hannah Luedtke and Doege teamed up for the shutout, combining for three saves in the match. The Bulldogs also added a team save.

To qualify for the Big East Tournament, the Bulldogs had to finish at least sixth in the conference in the regular season. Butler did just that and will fight for a first round bye in their last two games.

Butler women’s soccer is currently 11-1-4 on the season and 4-0-3 in the Big East. The Bulldogs return home to face the reigning Big East champions, Georgetown University, on Oct. 22 at 1 p.m. The game can be streamed live on the Big East Digital Network.