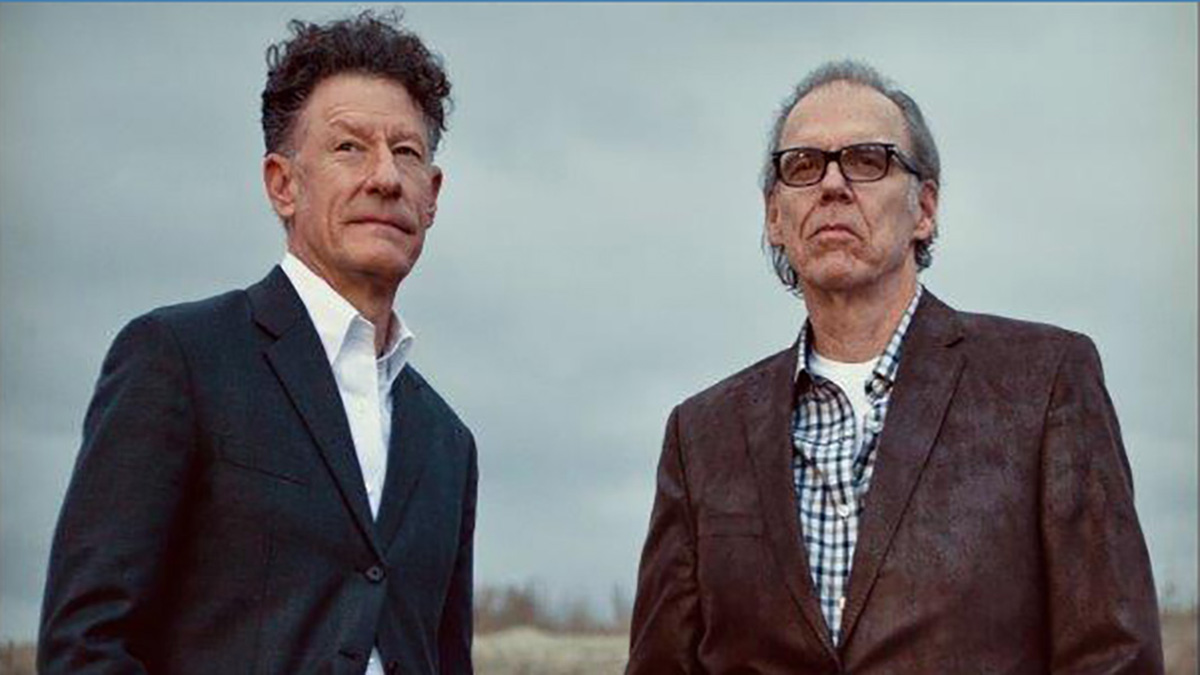 Songwriters Lyle Lovett and John Hiatt have been performing together for decades now. They visit Clowes Hall on Oct. 30. Photo courtesy of the Butler Arts Center website.

The two have close to 80 years of combined experience in writing, playing and performing their songs and have been performing shows together for a few decades now.

Kelsey Dunn is the programming coordinator for the Butler Arts Center and has worked on planning this performance.

“We were interested in this duo not only because they are masters of their craft, but John Hiatt is an Indianapolis native and Lyle Lovett has performed here at Clowes in the past, with great success,” Dunn said.

John Hiatt, an Indianapolis native, learned how to play the guitar at the age of 11 and started his music career playing in various clubs in the Indianapolis area.

After gaining popularity and improving his skills, Hiatt moved to Nashville where he got a job as a songwriter for the Tree Music Publishing Company as well as joining a three-person band composed of other singer-songwriters.

Since then, he has joined multiple different bands, signed to record labels and has continued to perform his music with other artists as well as by himself all around the country. Hiatt has been nominated for several Grammy awards and has been awarded a variety of other distinctions in the music industry.

Lyle Lovett was born in Houston and has been an active songwriter and musician for nearly 40 years. Since Lovett started his career, he has recorded 13 albums and released 25 singles to date, including his highest entry, the number 10 hit on the U.S. Billboard Hot Country Songs chart, “Cowboy Man.”

Lovett has won four Grammy Awards, including Best Male Country Vocal Performance and Best Country Album. On top of his musical career, Lovett has acted in a number of movies and TV shows.

Both of these artists have had prolific careers in songwriting and continue to tour as a duo as well as solo, treating their audience to a night full of the fan favorite records that got them to where they are today.

Their shows are a combination of acoustic versions of their songs intermingled with clever storytelling. Because of both artists’ combined experience and raw talent, audience members can expect to hear songs from multiple genres, including blues, folk, jazz, country and even rock.

During the show, the two usually perform their own music solo, with occasional collaborations on select pieces. The two have their own unique sounds and styles which play off of each other throughout the show and help create the overall vibe for the night.

“We are very pleased with how our season is shaping up and we felt that this duo would fit in with our season and add to it’s success,”  Sutton said. “The show is doing really well in regards to ticket sales so far, and we expect that to continue in these days leading up to the performance.”

Hiatt and Lovett will perform at 7:30 p.m. in Clowes. This all-acoustic show is said to run for about two and a half hours.

During this time, audience members get a great chance to focus on the artistry behind their music and performing ability, as well as learning a bit about the personalities and stories that helped create the songs they are still performing decades later.

Tickets are available through the Butler Arts Center.