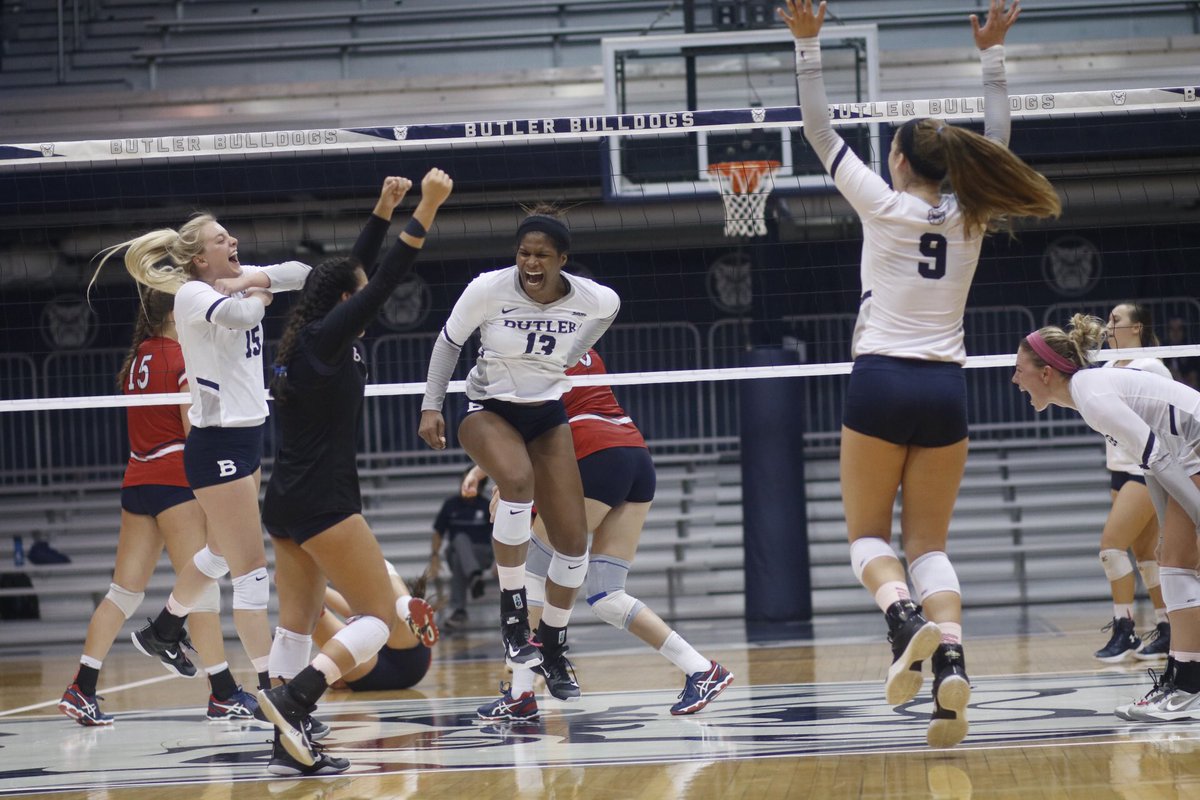 The Bulldogs celebrate after scoring a point against St. John’s on Oct. 6. Butler moved back to .500 in Big East play with the victory. Photo by Jimmy Lafakis.

The Butler University volleyball team earned a thrilling four-set victory on Friday night. The Bulldogs improved to 13-5 (3-3 Big East) with the win over St. John’s University.

Butler entered the match on a two-game losing streak. Junior libero Taylor Takeda played in her first match since Sept. 9 due to a family emergency. Takeda recorded a team-high 16 digs in her first Big East match of the season.

“We love that kid to death,” volunteer assistant coach Sean Keeve said. “These girls are playing as hard as they can for Taylor. I don’t think there is a player on this team that doesn’t have a good relationship with her, as she really is the glue that gets this team going.”

Takeda said she felt supported and loved by her teammates.

“It feels so nice to be back,” she said. “I really missed everyone. I definitely felt rust, as the first set was a bit of a struggle. As the night went on, I felt the groove beginning to come back.”

“We really needed this win as a confidence boost,” Logan said. “It can be difficult coming off two tough losses, but I think we rebounded extremely well. We are excited to get another team win tomorrow.”

“They are at the top of the conference in blocks per set, so we knew it would be a battle,” Clark said. “Records don’t show the strength of play in the Big East.”