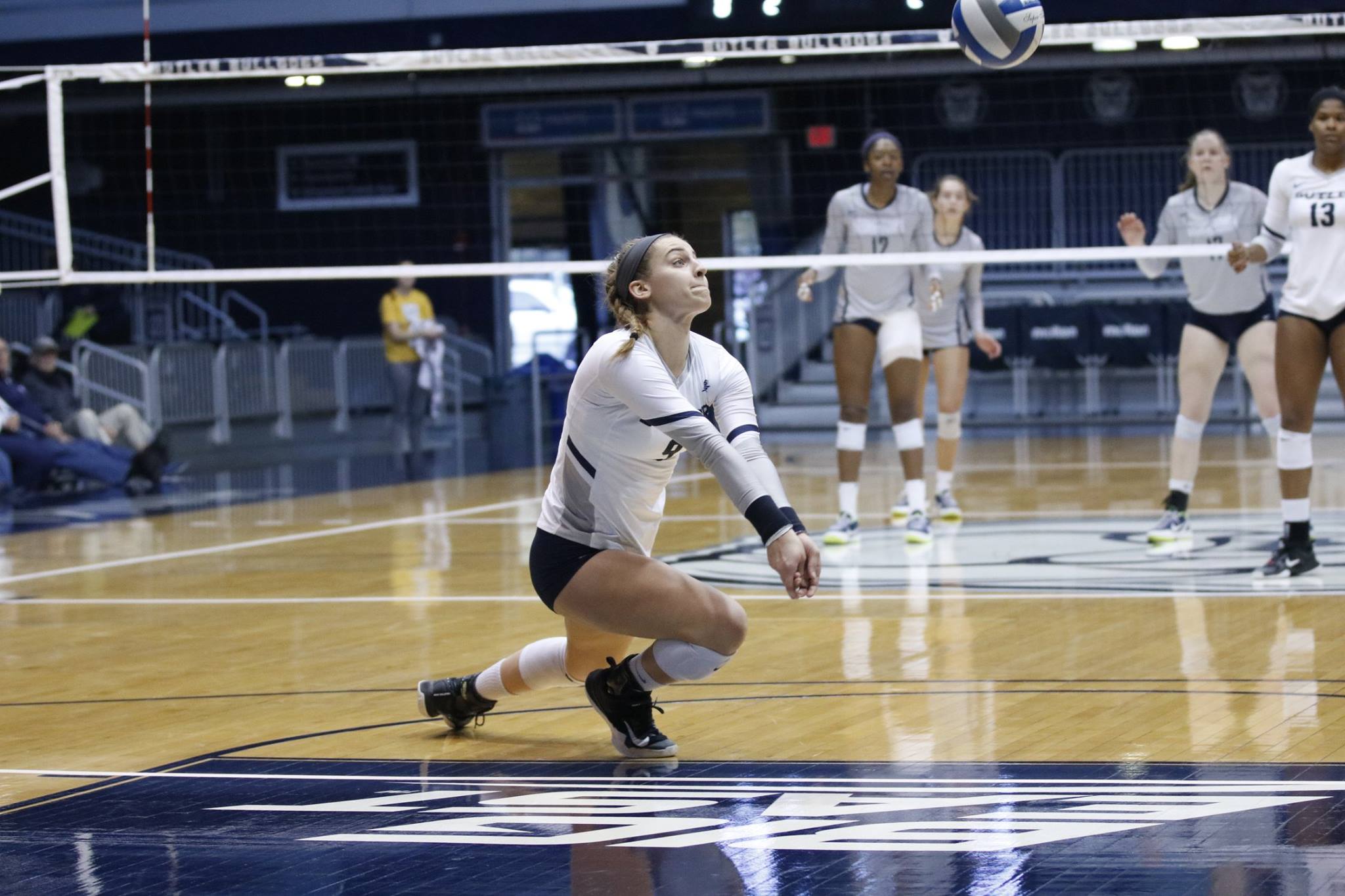 Anna Logan prepares for a dig against Georgetown on Oct. 29. The Butler volleyball team knocked off the Hoyas in five sets. Photo by Jimmy Lafakis.

“Every game matters,” Logan said. “Both of these wins were huge. Although they were close, we dominated both fifth sets and got business done.”

The victors held a 64-58 kill advantage in the match. Sophomore outside hitter Brooke Gregory posted a team-high 19 kills.

“Although we always want to win easy, sometimes it’s better to see what you’re made of,” head coach Sharon Clark said. “You can dig it out and come back. Friday’s match was just a great, epic match.”

The Bulldogs stole Sunday’s first two sets, but dropped the next two. They took an 8-2 advantage before the fifth set’s break and never looked back. Takeda posted a team-high 26 digs in the win.

“We closed out both victories by playing together,” Takeda said. “We were working as a team to play hard and for each other.”

Butler improved to 19-6 (9-4 Big East) on the season. The Bulldogs will take their five-match winning streak into Friday’s tilt against Xavier University. First serve for SAAC Hunger Night at Hinkle Fieldhouse is scheduled for 6 p.m.