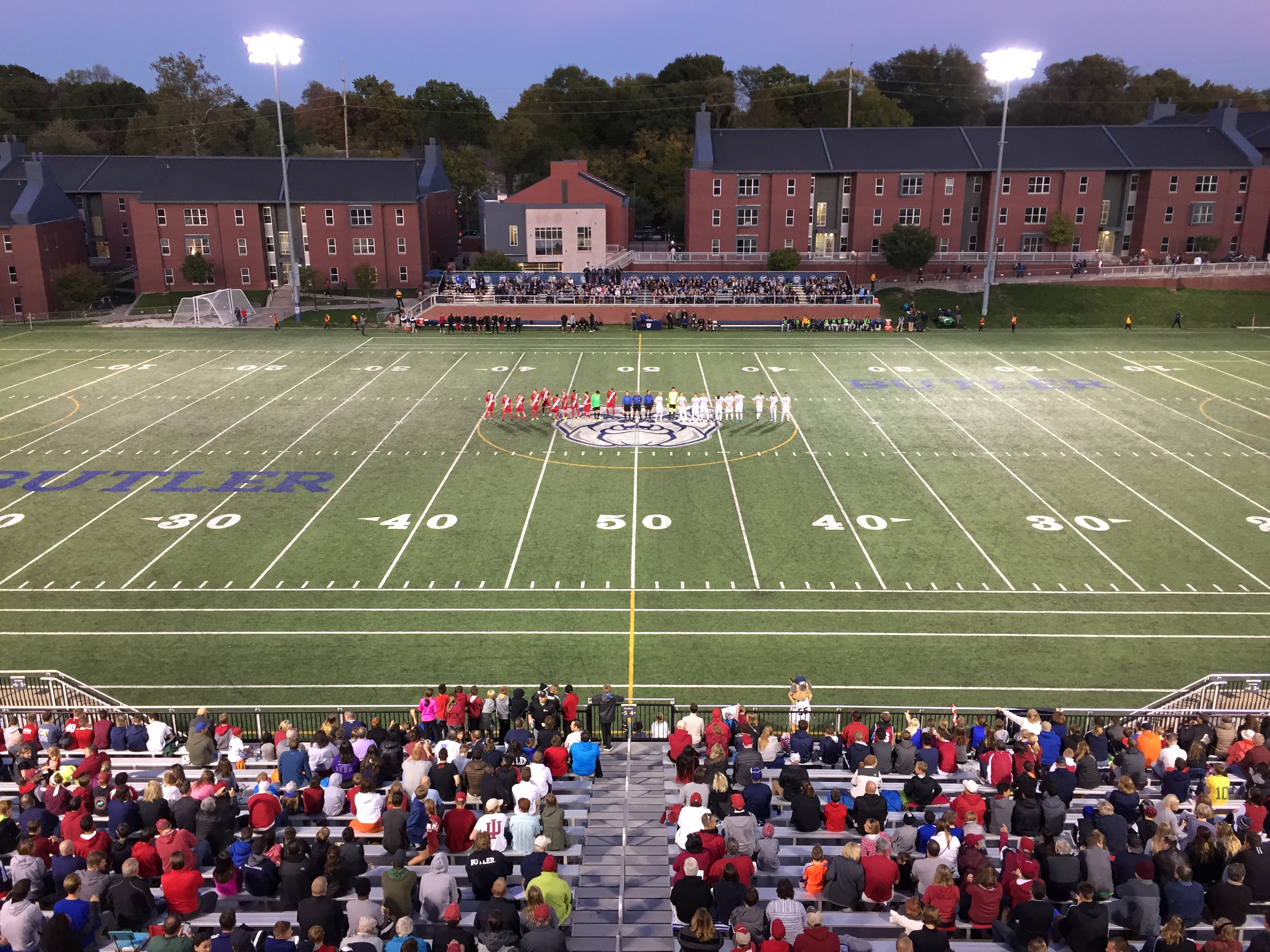 For a fifth consecutive year, the Butler men’s soccer team went to overtime against Indiana University, and the game ended 0-0 after double overtime.

In the five-year overtime span, both Butler and Indiana have won a game, while the other three have resulted in ties: 2014, 2015 and 2017. Overall, Indiana leads the series over Butler with a 22-4-3 record.

The Hoosiers came into the match unbeaten and the No. 1 team in the country in the United Soccer Coaches Poll, while Butler was receiving votes in the most recent poll.

“We go into it thinking we can compete with anyone,” redshirt senior goalie Eric Dick said. “Tonight showed it.”

“That right there was a team, collective effort,” senior midfielder Eric Leonard said. “I mean, every single person did their job perfectly.”

The best scoring chance came in the fifth minute, when sophomore forward Brandon Guhl fired a shot just wide of the far post.

Butler limited the Hoosiers to only two shots in the first half and recorded six of their own. Both teams combined for only one shot on goal before halftime, courtesy of senior midfielder Bennett Kim.

We are scoreless at the half pic.twitter.com/rPhud0QXNa

“We knew it was gonna be really tough tonight,” head coach Paul Snape said. “We did an incredible job and we had some chances.”

Indiana outshot the Bulldogs 4-2 in the second half and were the more aggressive team. Even with most of the possession, the Hoosiers only put one shot on goal.

“[Leonard] looked like he played [at center back] for the last 20 years,” Snape said. “He was incredible.”

The strong defense from both teams continued into overtime. In the 20 minutes, there were only two shots, both from the Hoosiers.

After 110 minutes, the Bulldogs and Hoosiers end in a tie pic.twitter.com/DbdLD7E3BB

Both teams ended the game with eight shots, and no Bulldog player  had more than two.

“This is something that I’m going to look back in 10 years and remember, hey, this was one of my favorite games to ever play in,” Leonard said.

Attendance for the for the game was 6,105 people, a record for all sports at the renovated Sellick Bowl.

Butler’s next game is Oct. 21, when they host Villanova University. Kickoff is scheduled for 7 p.m.