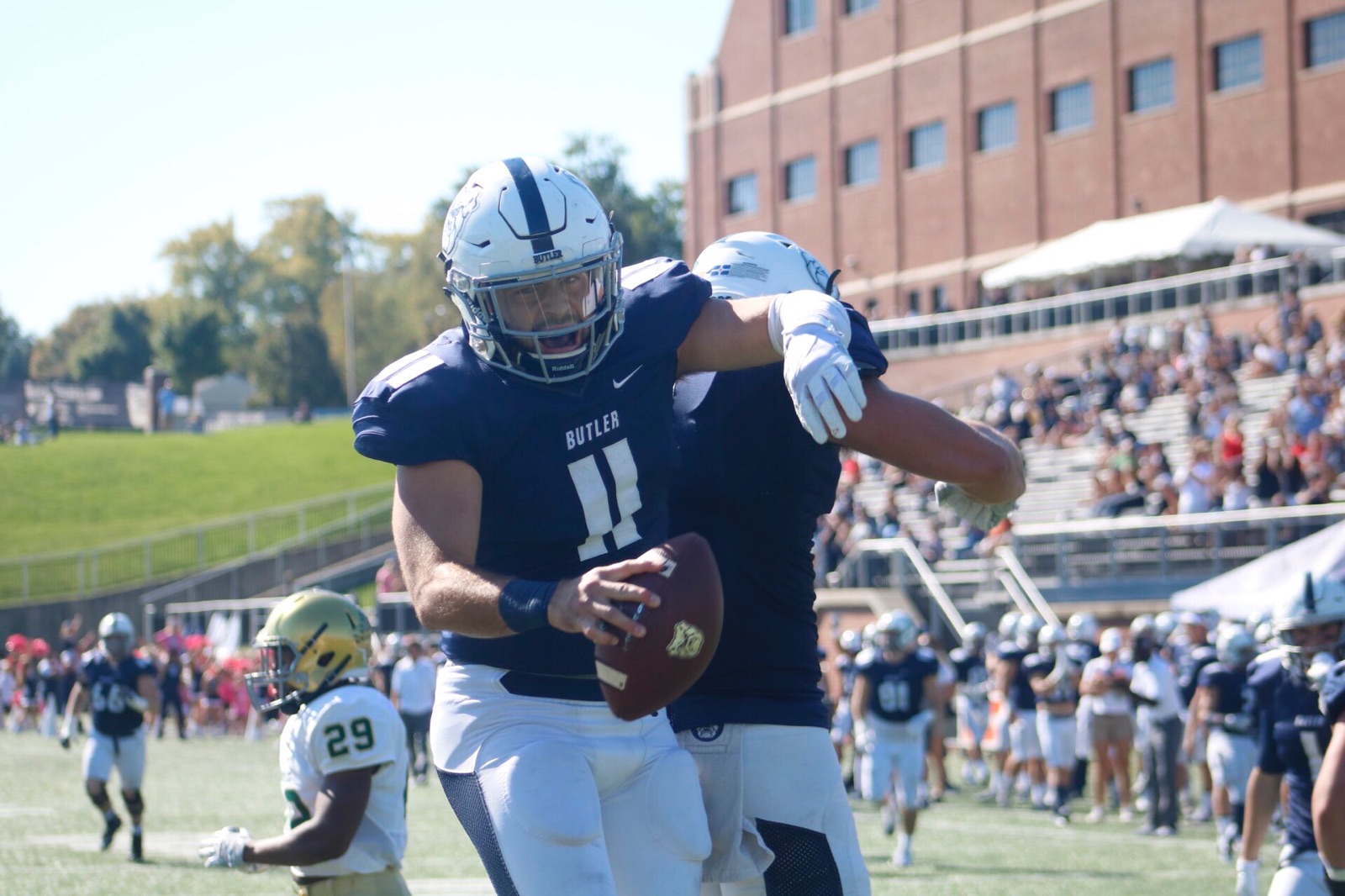 Butler football moves to 5-4 on the season and 3-3 in Pioneer Football League play after losing at the University of Dayton 27-22.

The first half was all Butler. The Bulldogs jumped out to an early lead starting the game with an eight play, 79-yard drive that was finished with a 1-yard touchdown run from senior running back Sam Schrader.

Schrader was involved in all three touchdowns for the Dawgs in the first half. He added another  1-yard touchdown run as well as a 21-yard touchdown pass to junior running back Anthony Scaccia. Schrader finished the game with 50 yards passing on five completions. He also ran for 67 yards and two touchdowns on the ground.

Redshirt junior quarterback Will Marty completed 18 passes for 267 yards but threw two interceptions and failed to find the endzone.

Butler rode Schrader’s big first half to a 22-10 halftime lead.

The second half was a different story. Dayton scored 17 unanswered points in final two quarters. The Flyers’ first score of the half was a 32-yard field goal from kicker Allan Waltz. Dayton added another touchdown in the third quarter on a 13-yard touchdown run. The Bulldogs held a two point lead heading to the fourth quarter.

The eventual game-winning touchdown came with 9:50 remaining in the final frame. Dayton quarterback Alex Jeske found Adam Trautman on a 2-yard touchdown pass to take a 27-22 lead. The Bulldogs were unable to respond.

Butler finished with over 400 yards of total offense, but the Dayton defense forced three turnovers and kept the Bulldogs off the board in the second half.

The Bulldogs will travel to Deland, Florida to face Stetson on Nov. 4 before returning to the Sellick Bowl to finish their season against Valparaiso.