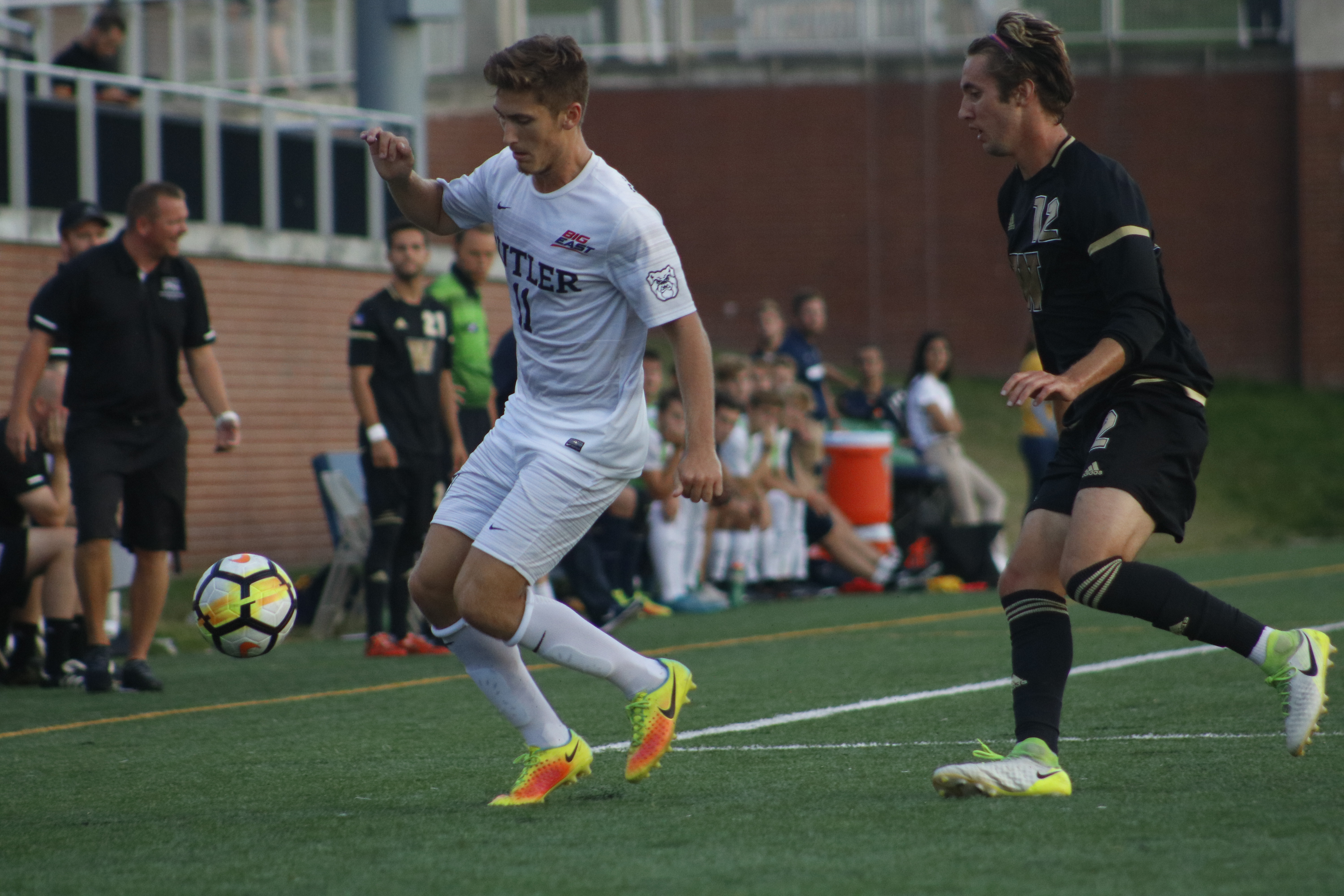 The No. 22 Butler men’s soccer team edged St. John’s University 1-0 in double overtime at the Sellick Bowl on Sept. 30. With the win, the Bulldogs are now 7-2 on the season and have won four straight.

“I feel the one-nil win doesn’t reflect how we played tonight,” Suddick said. “I think we had most of the possession, we created chances. I think those games should be sort of a three-nil game but we’ll take a win every day of the week.”

It was Suddick’s third goal of the season and the team’s fourth overtime win in their nine games this season.

“I think there’s something that’s incredible about the character of these boys,” head coach Paul Snape said. “We just have this incredible resilience that we don’t get beat…It comes down to a winning mentality and these guys are finding a way to win.”

Butler was on the front foot for a majority of the first half, recording eight shots and holding the Red Storm to only two. Despite a combined 24 shots, neither team was able to net a goal in regulation.

Both teams had a single shot in the first overtime segment but legitimate scoring chances were still hard to come by.

“I said right now, you’ve shown a ton of heart, but heart alone isn’t going to win this,” Snape sad. “We need quality. We need some real quality to win this game because [St. John’s is] good,” Snape said.

The second overtime produced more scoring opportunities for both teams. Redshirt senior goalie Eric Dick had to make a diving save to keep Butler alive. Just over a minute later, Suddick stepped up and knocked in the penalty kick.

“I just think it’s the togetherness of the team,” Suddick said. “We have a lot of grit and determination to go as far as we possibly can.”

The victory puts the Bulldogs at the top of the Big East conference standings and makes them the only Big East team without a loss in conference play.

Butler is now 4-0 in overtime contests…and 3-0 in league play pic.twitter.com/j9zrIsyneX

Up next is a road game at Georgetown University on Friday, Oct. 6, at 3 p.m.