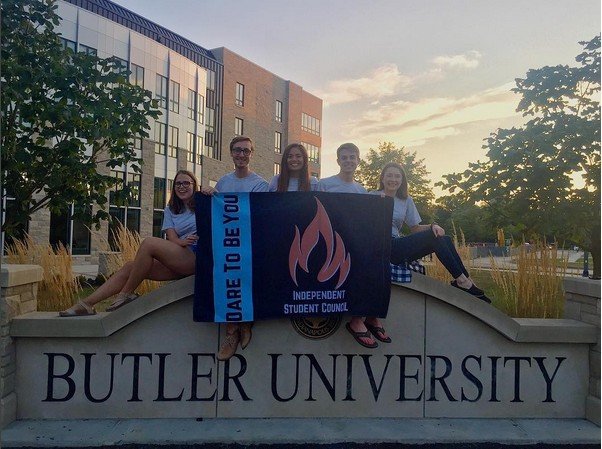 The Independent Student Council, an organization aiming to bridge the gap between independent and Greek-affiliated students and bring independent students together, relaunched at Butler this year.

Sophomore marketing major Sam Varie is a co-president of the council. As a Ross Hall senator last school year, Varie said he received a lot of feedback about the need for an organization that supports independent students. Along with co-president Sean O’Brien, a sophomore psychology major, Varie decided to restart the council, which had been on campus in various forms in previous years but had failed to stick around.

“We decided we wanted to restart [the council] to unite, ignite and empower the independent community through social and educational opportunities,” Varie said.

Excited to kick off Independent Student Council at Block Party! Looking forward to a great year of bridging the gap between the Greek and Independent community.

The SGA-sponsored organization currently has an executive board of five students, with Sally Click, dean of student services, serving as the faculty advisor.

Courtney Sweeney, human communication and organizational leadership major and ISC vice president of programming, said there is clearly a divide between independent and Greek students on Butler’s campus.

“As an overall Butler community, we should be working to bridge that gap, and that’s what we are striving to do as the Independent Student Council,” Sweeney said.

In addition to providing new opportunities for independent students, both Sweeney and Varie said that working with the Greek community is important to accomplishing their goal. ISC has reached out to Greek organizations, the Interfraternity Council and Panhellenic Association, about partnering on projects. Varie said the council has been welcomed by the groups.

“They’ve welcomed us to their meetings and are making sure that we educated their members on what we’re doing,” Varie said. “They understand the divide, too. It’s been a collaborative process.”

A part of that collaboration will occur on Sept. 24, when a joint Greek and independent panel will be hosted from 1 p.m. to 1:30 p.m. at the Fairview Community Room. A facilitated discussion will take place, and underclassmen students will also get the opportunity to ask questions about life as an independent or Greek student.

The panel follows a meet and greet from 12 p.m. to 1 p.m., during which students interested in going through Greek recruitment can meet and learn about the perspective of independent students on campus.

In addition to these events, Sweeney said ISC is planning to partner with other groups on campus, such as the Diversity Center and Volunteer Center.

“Our goal is to connect independent students to organizations that they might not feel comfortable initially approaching or just might not know about altogether,” Sweeney said.

The group also hopes to connect with fraternities and sororities to get independent students involved with Greek philanthropy projects.

Nick Huang, senior finance and marketing major and ISC student ambassador, said he believes the panel discussions and other events put on by the group could be very beneficial for younger students.

“To be able to sit in front of a panel of those independent students who are seniors or juniors and learn about how they have found their niche on campus could be a fantastic opportunity,” Huang said. “It’s one of the things I think the organization can do to give back and make sure that, whether you’re Greek or independent, you’re going to have a fantastic experience on campus.”

Huang also emphasized that collaboration with the Greek community is very important.

“This organization isn’t designed to isolate independent students and try to pit them against Greek students,” Huang said. “It’s about trying to make sure that no matter who you are on campus, you feel like you belong, you feel like you’re a member of the Butler community.”

By the end of the school year, Sweeney said she hopes independent students will feel more welcome and involved on campus.

“We keep going back to bridging the gap,” Sweeney said. “I think that there’s great benefits to having a strong community here at Butler because Butler Bulldogs are some of the greatest people. I think just exposing everyone to a greater network of amazing people is overall better for everyone’s life at Butler.”

Students interested in getting involved can attend the group’s social and educational events on campus and follow their social media accounts.