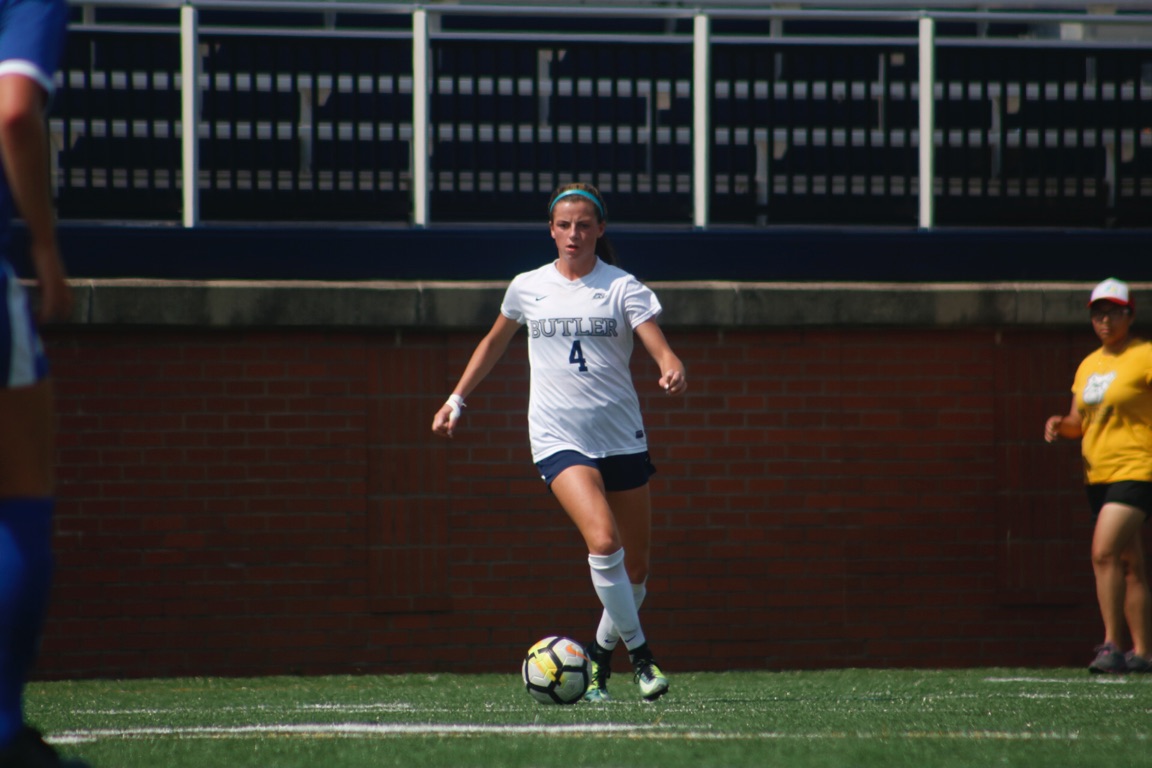 After eight games, the Butler women’s soccer team’s winning streak finally came to an end. The Bulldogs played Seton Hall University to a scoreless tie on Sept. 28 in New Jersey.

Butler struggled offensively throughout the night. The Pirates outshot the Bulldogs nine to eight in the match. Both teams counted three shots on goal. Junior forwards Breann Pempek and Halle Stelbasky led the team with two shots each. Redshirt freshman defender Amanda Kowalski added a shot on goal in the final few seconds.

Redshirt sophomore Hannah Luedtke got the start at goal and made two saves in the first half. Freshman Leonie Doege relieved Luedtke in the second half and made one save.

The shutout against Seton Hall is the ninth shutout of the season. The record in Butler women’s soccer franchise history is 11 shutouts which was set in 2012.

The Bulldogs continue their east coast road trip, where they will face Providence College in Rhode Island on Oct. 1. The game will be streamed online through the Big East Digital Network.