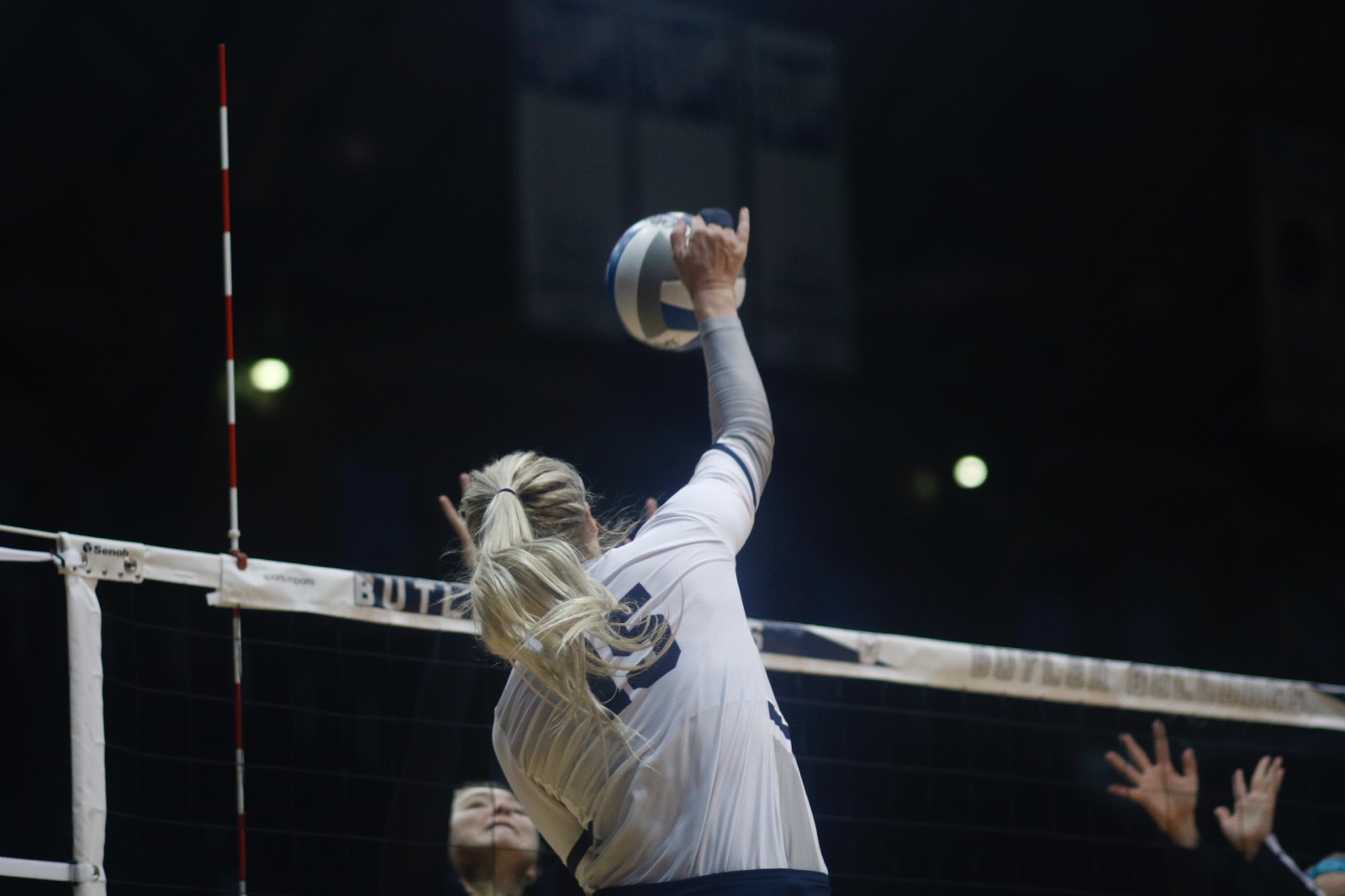 Outside hitter Whitney Beck lifts the ball over for a point. Butler gained their first Big East win of the season after falling to Marquette in the conference opener on Sept. 20. Collegian file photo.

The Butler University volleyball team took a 3-1 win over the Xavier Musketeers on Sept. 23. Butler boosted its record to 11-3 (1-1 Big East.)

We did a really good job of finding the holes in their defense and getting the ball there,” Klitzing said. “We have great talent on our team, but there is so much more that we can bring to the court.”

“We really capitalized on our communication with each other during the match,” Ravenell said. “I learned more about my teammates’ tendencies on the court.”

“We got shaken a little in the second set, but overall we had great momentum tonight,” Beck said. “A lot of things happened on Xavier’s side tonight and it shook us a little. We faced every challenge head-on tonight.”

“She was unstoppable offensively and defensively,” Clark said. “The freshmen played great, and Anna gave us some much-needed stability at the net.”

Butler will continue their Big East slate against DePaul University on Sept. 27. First serve at Hinkle Fieldhouse is scheduled for 7 p.m.