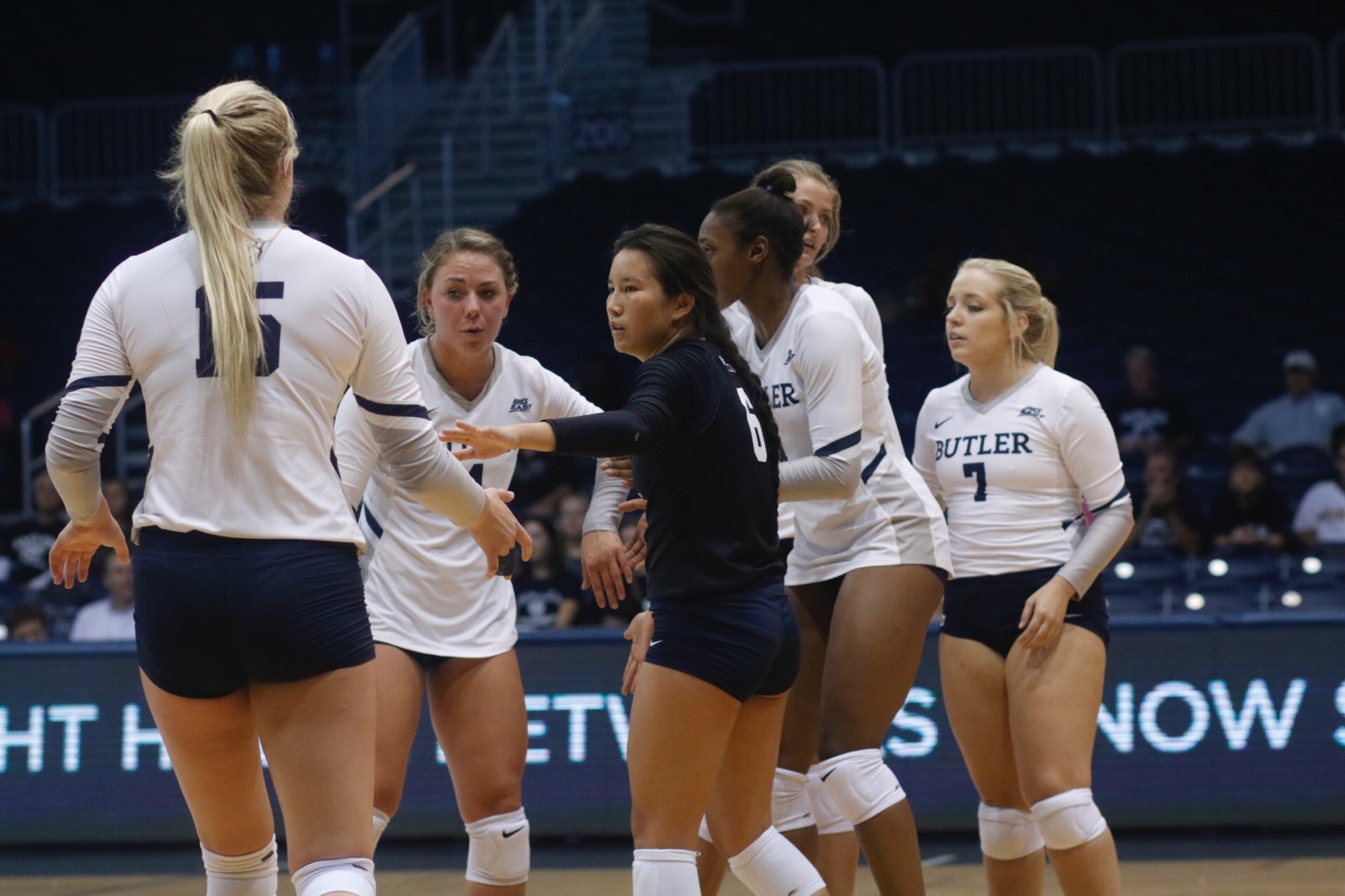 Junior libero Taylor Takeda regroups with her teammates at the Bulldog Brawl in August. Photo by Jimmy Lafakis.

The Butler University volleyball team swept the University of Evansville 3-0 on Friday night. The match was held at Worthen Arena on Ball State University’s campus as part of the BU-BSU Tournament.

The match was junior outside hitter Anna Logan’s first of the season. Logan played a different role tonight, posting a team-high 16 digs.

“After sitting out for about a month, it felt so good to be back out there playing with my teammates,” Logan said. “We had good team chemistry and hustled after every ball. We stayed in system for most of the game, which allowed our offense to shine.”

Redshirt junior outside hitter Whitney Beck continued her double-double streak, adding 15 kills and 11 digs in the 30-28, 25-13, 25-22 victory. Beck has posted a double-double in every match this season.

“We had some big swings from everyone tonight,” Beck said. “That helped us gain momentum and capture the win. We really need to use this momentum for two tough matches tomorrow.”

The Bulldogs improved their record to 8-2 on the year. Head coach Sharon Clark said the team will build on tonight’s win.

“Our sideout percentage was good tonight and exceptional in the second set,” Clark said. “We will continue to make adjustments in keeping our offense balanced.”