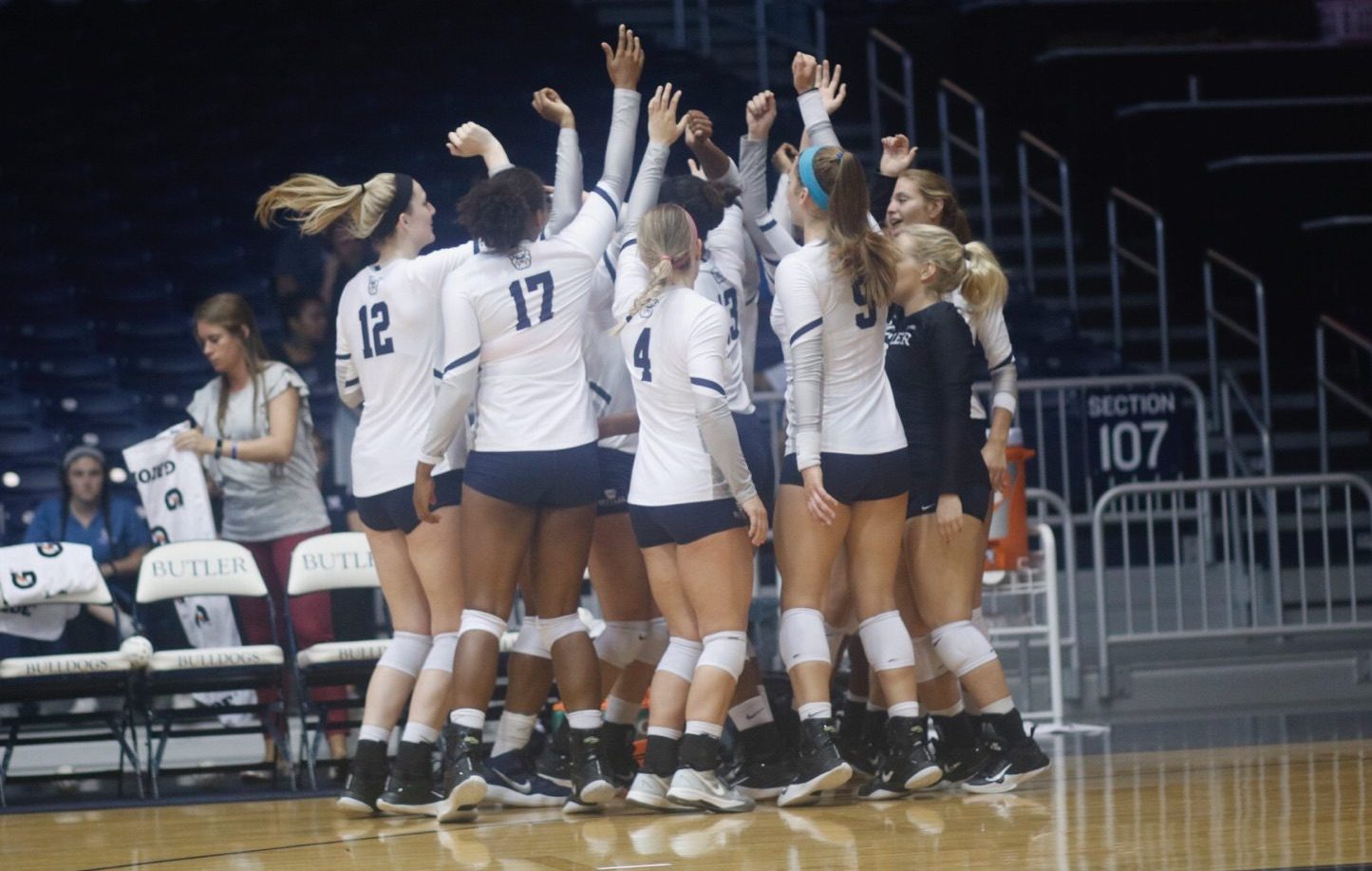 Butler volleyball crowds in for a team meeting before facing Marquette on Sept. 20. The team fell to the Golden Eagles in three sets. Photo by Jimmy Lafakis.

The Butler University volleyball team lost in three sets on Sept. 20 to Marquette University in the first Big East match of the year. The Bulldogs fell to 10-3 (0-1 Big East).

Its time for the BIG EAST Home Opener #GODAWGS. Watch the action on Facebook Live! pic.twitter.com/ndCh2n5Vlj

“We stayed together as a team,” Logan said. “When people off our bench came in, they delivered and made a good impact.”

“We started off each set playing extremely well and had great energy,” Ferguson said. “We will work on moving on from this game and learning from our mistakes.”

Assistant coach Eddie Pennington said the loss coming so early in the Big East season is a positive.

“It’s a positive thing to think that we have a long way to go,” Pennington said. “This just gave us a little view of the bumps on the way.”

The Bulldogs will travel to face Big East foe Xavier University for a Saturday matinee. Assistant coach Sofia Sanchez said that tonight simply was not the Bulldogs’ night.

“This team is ready to bounce back hard,” Sanchez said. “We’ve got 17 matches left to prove that we are more than one match.”

First serve for Saturday’s match is slated for 2 p.m.