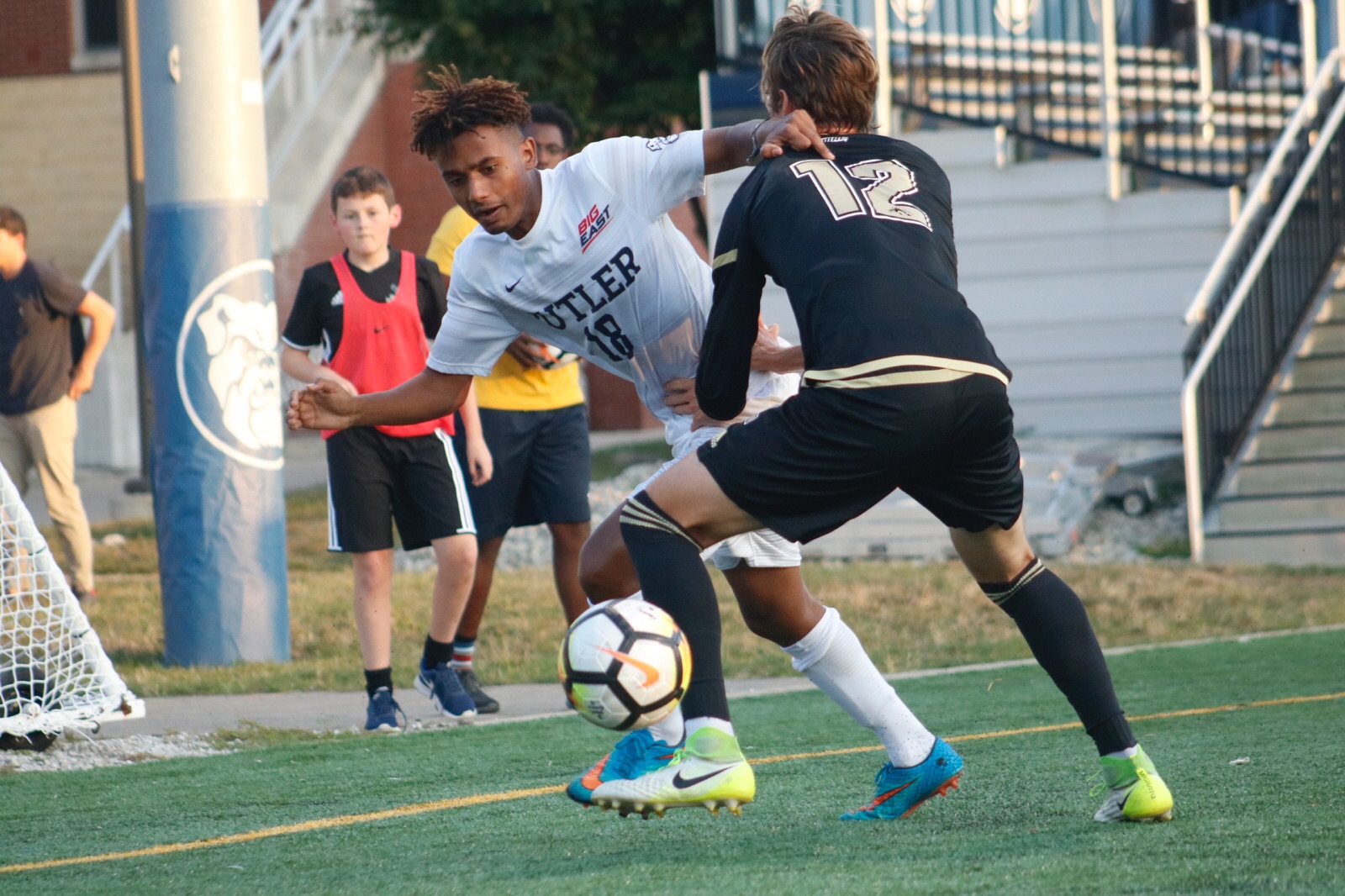 The Butler men’s soccer team fell to Western Michigan University by a score of 3-2 in a chippy game that featured seven yellow cards. The defeat puts the team’s record at 3-2 for the season.

Due to a combination of injuries and illness, the Bulldogs had to rely on their depth. Redshirt sophomore goalkeeper Ryan Clark and redshirt freshman midfielder Nathan Edmunds got the first starts of their Butler careers. Clark made seven saves on the day.

“It was just surreal for a while,” he said. “Then I got right back down to business. Unfortunately, the result wasn’t there tonight.”

“That’s what you have a squad for,” head coach Paul Snape said. “Extremely disappointed that we didn’t win but some guys got some valuable minutes.”

An eventful first half was kicked off by sophomore midfielder Isaac Galliford’s first goal of the season in the 14th minute. Freshman midfielder Joel Harvey and sophomore forward Brandon Guhl were credited with assists on the play.

Isaac Galliford puts Butler in the lead with a tidy finish at the far post from a Guhl assist.

Western Michigan responded with three goals in the next 11 minutes and carried a 3-1 lead into halftime.

“It was great that we went one-nil up and we just lost focus,” Snape said. “We just caught watching and stuff like that.”

Guhl got his fourth goal in three games on an assist from sophomore defender Alex Lehtinen to pull Butler back within one with less than three minutes left.

Brandon Guhl brings the dawgs within one goal as Guhl heads into the corner.

A last-ditch attack in the final minute to tie the game ultimately came up short.

The Bulldogs will have a quick turnaround, as they host the University of Evansville on Tuesday, Sept. 12, at 7 p.m.