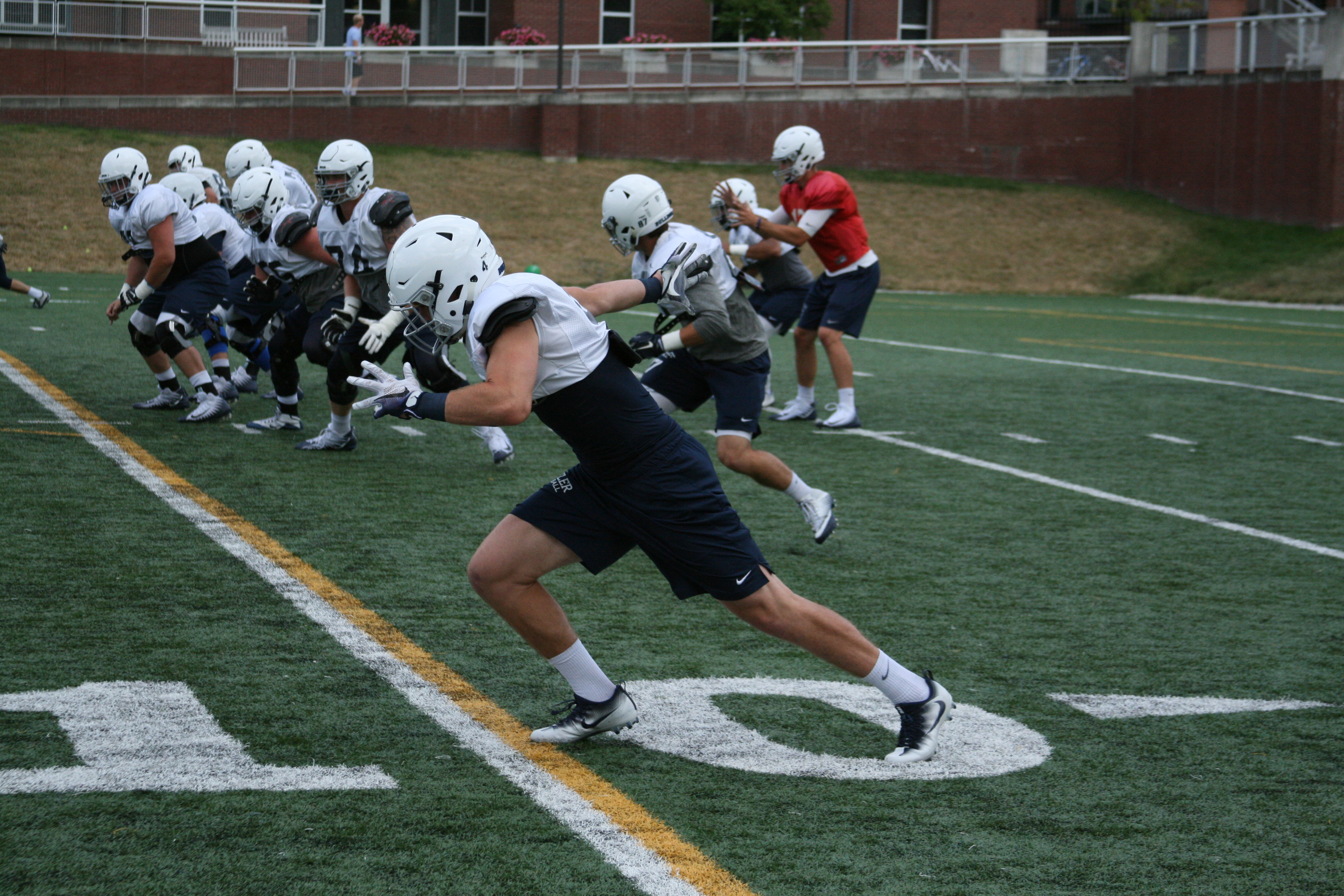 The team lines up for a snap during practice. Collegian file photo.

Butler football improves to 1-1 on the season with a 43-24 win at Franklin College behind a balanced offensive attack on Sept. 9 in Franklin, Indiana.

After a slow start to the season offensively, Butler was in full force, finishing the game with 501 total yards.

The momentum was in Butler’s favor early in the game when the defense got a sack for a safety 36 seconds into the game. The safety was followed shortly by redshirt senior Duvante Lane’s first rushing touchdown of the season, a two-yard run to put the Bulldogs up 9-0.

Senior wide receiver Pace Temple caught his first touchdown pass of the season on a 28-yard dime from quarterback Will Marty. Temple added three more catches for a total of 108 yards in the first quarter alone and finished with 156 yards on eight catches. The quick offensive start put the Bulldogs up 23-6 after the first quarter.

The Butler offensive attack included a successful running game led by Lane who finished the contest with 117 yards rushing and two touchdowns. Butler finished with 170 yards on the ground to accompany the passing game.

The Butler defense forced one interception and recorded four sacks. Franklin’s offense was largely unsuccessful on third down converting only three of their 10 third down attempts.

Butler tacked on 10 points in the third quarter after leading 33-16 at halftime, including this one-yard touchdown run by Lane.

The fourth quarter saw no points as the Bulldogs closed out the 43-24 win.

Butler football returns to the Sellick Bowl for their home-opener on Sept. 16 against Taylor University. Coverage of the game can also be found on Facebook Live.