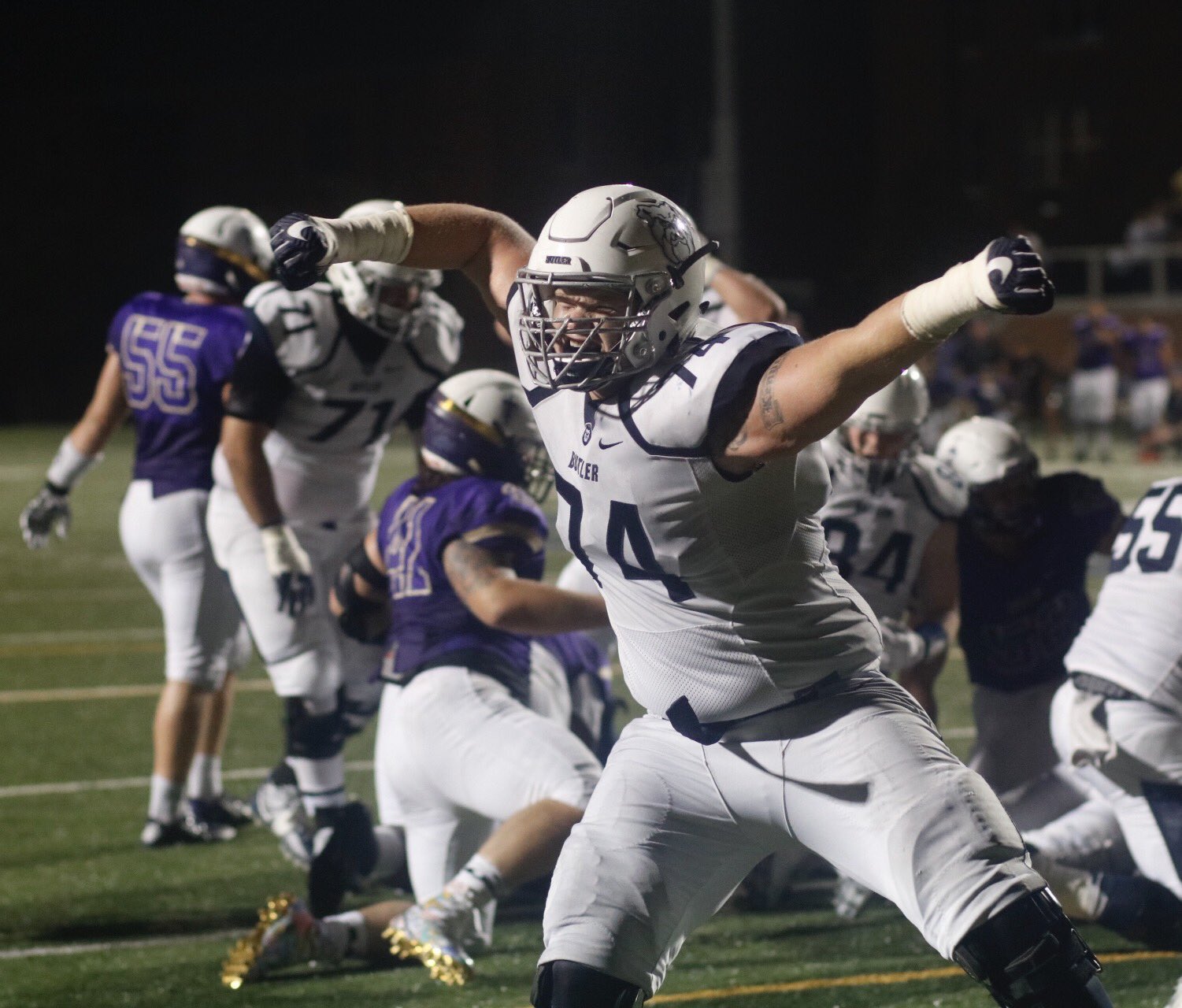 Butler football wins a nail-biter in their first home game of the season beating Taylor University 27-21. The Bulldogs were led by redshirt junior quarterback Will Marty who had 239 yards passing, one passing touchdown, and a rushing touchdown.

No touchdown was bigger than Will Marty’s 1-yard run to put the Bulldogs up by six points with only seven seconds left on the clock. The Bulldogs had been shutout in the second half up until that point when Marty led the Bulldogs 57 yards in under 3:30 to win the game.

The Bulldogs were in good field position multiple times early in the game. Freshman return man Cam Cooper returned the opening kickoff 34 yards and later returned a punt to the Taylor 16. Butler was able to capitalize on that opportunity with a 1-yard touchdown run by senior Sam Schrader.

“Talking about complimentary football, the stop to the punt return to the score,” head coach Jeff Voris said. “We didn’t do a good enough job with that for 60 minutes but we got the three and out in crunch time and the drive to win. It’s hard to win college football games but special teams are a big way to get it done.”

Sophomore kicker Drew Bevelhimer sent two field goals through the uprights in the first half to add to the special teams presence for Butler.

A fast paced first half that featured 34 points between the two teams saw only 14 points total in the second half. All 14 points came in the final frame of the competition.

“They did a great job taking pace away,” Marty said. “They mixed up their looks a little bit. As an offense it was frustrating, especially in that third quarter, but when it comes down you gotta start making those plays and the guys really did coming down the stretch.”

In the home opener, Marty felt the support of the home crowd behind him and the rest of his teammates.

“It’s an invisible wave guiding you along,” Marty said. ”And you just have to ride the momentum. It was really fun having them out there.”

The Bulldogs look to take their two-game winning streak on the road next week as they travel to the University of San Diego to begin conference play on Sept. 23.