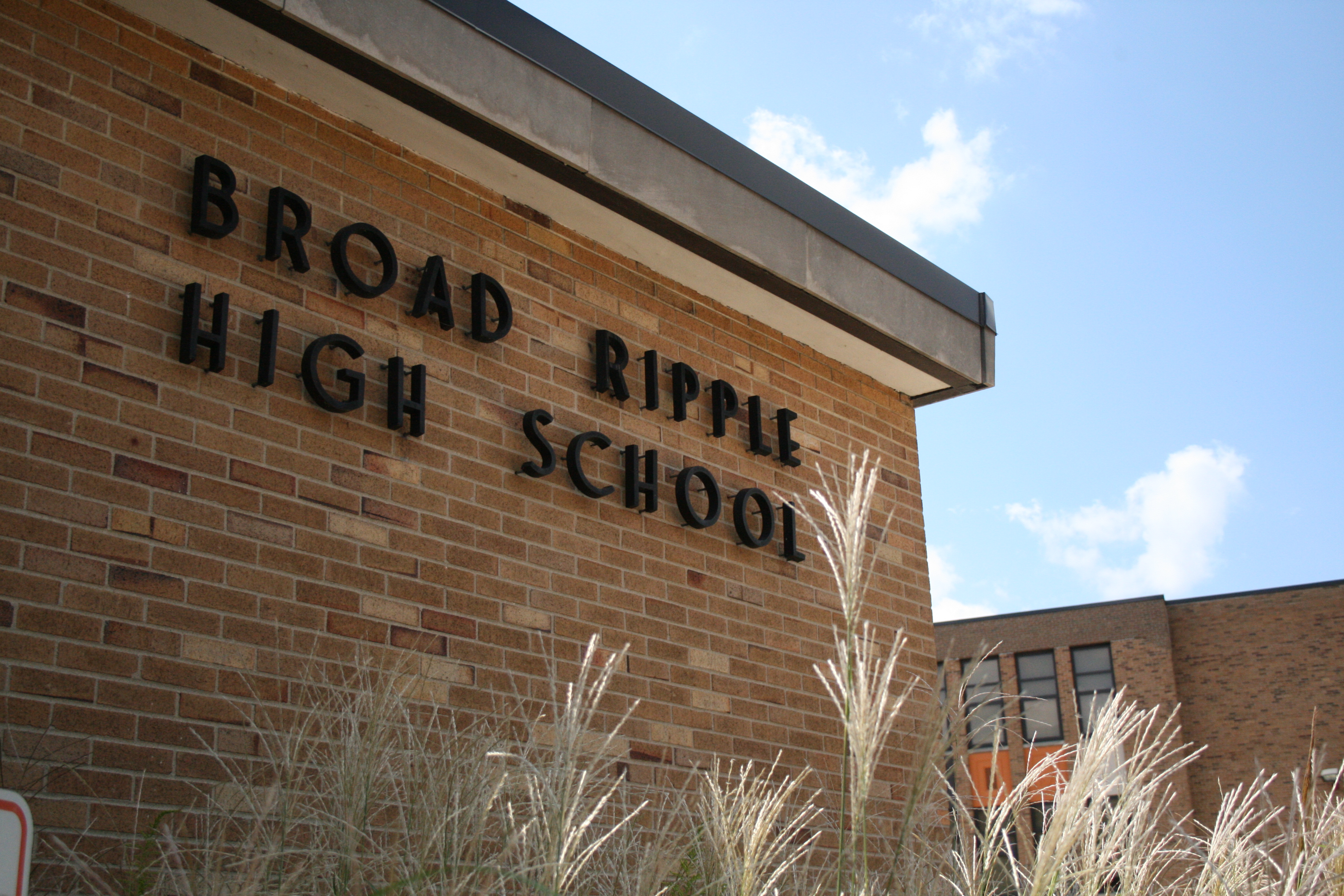 IPS board member Kelly Bentley was one of the five votes to affirm the closings.

“For a long time, I and other board members have said, ‘We are operating too many high schools. We have got to close them,’” Bentley said. “Nobody ever wants to close a high school, and that’s why they never close, or close and reopen. My concern was not only the cost of operating too many schools compared to number of students, but also the ability to offer students the curricular options you can offer when you have 1,500 students versus 600 students.”

Bentley, also a BRHS alumna (‘77) and mother of BRHS graduates, said the investigation and then the proposal of closing BRHS has been incredibly painful, but in the long run, it is in the best interest of current and future students.

According to the Indy Star, about 30 concerned community members gathered to protest the decision.

Brothers Kaleb and Kyle Edwards graduated from BRHS in 2016. When they heard the district’s proposal to close BRHS back in June, they started a petition in opposition. Their main goals were to attain 20,000 signatures, get media attention and a comment from television host David Letterman, BRHS alumnus. They managed to contact the agent of NBA player George Hill, also an alumnus. However, the brothers had to go back to Indiana University for school before they could achieve their goals.

Kaleb Edwards said BRHS was not able to compete with the private schools in the area, but the school was not given the resources or programs to be competitive.

IPS announced the plan to close schools in June after their Facilities Utilization Taskforce made recommendations on future facilities use best for the students.

According to the Indianapolis Public Schools Facilities Utilization Taskforce Report, IPS high schools are at 37 percent utilization rate with an average of 763 students per building. The projected enrollment for BRHS this school year was 690 students; their capacity is 2,400 students. Last year, BRHS had 635 students.

According to the report, “much of the decline in IPS’ enrollment is a direct result of the population flight from Center Township.”

At the heart of Marion County, a vast majority of Center Township is covered by the IPS district. From 1950 to 2010, there has been a 58 percent decrease in population; from 2011 to the present, counties bordering Marion County — and outside of IPS borders — are continuing to grow at a much faster rate. While Marion County attracts a younger population, families with high school-age children leave, believing there are better public education options elsewhere.

In the next five years, “there will be 10 percent fewer high school-age young people in the IPS boundary,” according to the Taskforce Report.

“They’re not staying for high school because they don’t perceive that the high schools are particularly strong academically,” she said. “High school is sort of do-or-die because that’s your final step going into college, and a lot of families don’t want to mess with that.”

Many of the students at BRHS are below the poverty line, he said, and many of them were motivated to thrive when they passed by big houses and nice cars on the way to school.

Overall, both brothers said they felt frustrated and distraught by the situation brought onto their alma mater. As a school where many of their relatives attended, they had planned for their children to also go to BRHS, now an impossibility.

BRHS freshman Willie Wilks participates in an after-school program, Writing in the Schools, which is operated by Butler University students as an ICR class.

“What’s the point in closing a school?” Wilks asked. Especially closing this school, Wilks said, which has an environment where students can express themselves.

Lydia Gentry, Butler senior English major, is a mentor in the WITS program. She said the decision to close BRHS seemed to be a “money-making scheme.”

With only four high schools, “IPS is projected to save $4 million annually” according to the Taskforce Report.

“Where do you draw the line between education and capitalism?” Gentry asked. “If you have an environment like this, why get rid of it?”

Two of the seven IPS board members, Elizabeth Gore and Venita Moore, voted against the closing of the school due to the central location of the remaining four.

IPS assumes North Central High School can take care of people on the northern border, Schlegel Ruegger said. However, North Central — a public school of 3,722 students for the 2016-2017 school year — belongs to Metropolitan School District of Washington Township, and it only covers part of the township. IPS boundaries extend to include the southern region of Washington Township.

Everybody has a right to public education, but Schlegel Ruegger said the system does not serve students well. When her own daughter’s charter school closed, she could not apply to either another charter or IPS magnet school because it was too late in the summer. She had to be home-schooled until a position opened.

“We have schools that aren’t amazing because we’re sorting kids by economy, race, geographics and lottery,” Schlegel Ruegger said.

The students at BRHS will have to apply to the other four remaining high schools for next school year.

Bentley said there should be no reason for reduction-in-force to be implemented for the teachers.

RIFs are implemented when a whole department is eliminated and those jobs are not needed. Bentley said BRHS teachers will still be needed at the other high schools for the new students but will have to be interviewed.

As for the arts and humanities program specialized at BRHS, it will be moved to Shortridge.

“The programs at Broad Ripple are literally going to be lifted up and put at Shortridge,” IPS member Bentley said. “There may be some long-term changes that will occur to those programs, which I think need to happen because if people stopped attending Broad Ripple, there might have been a reason. Obviously, those programs need to be strengthened and re-imagined, and that will happen.”

“I have seen within our group — and I can only speak to the students that I’ve gotten to know — students who have overcome any adversity that’s been thrown at them,” Speckman said. “I’m confident that, yes, they will find a way to succeed anywhere they end up.”