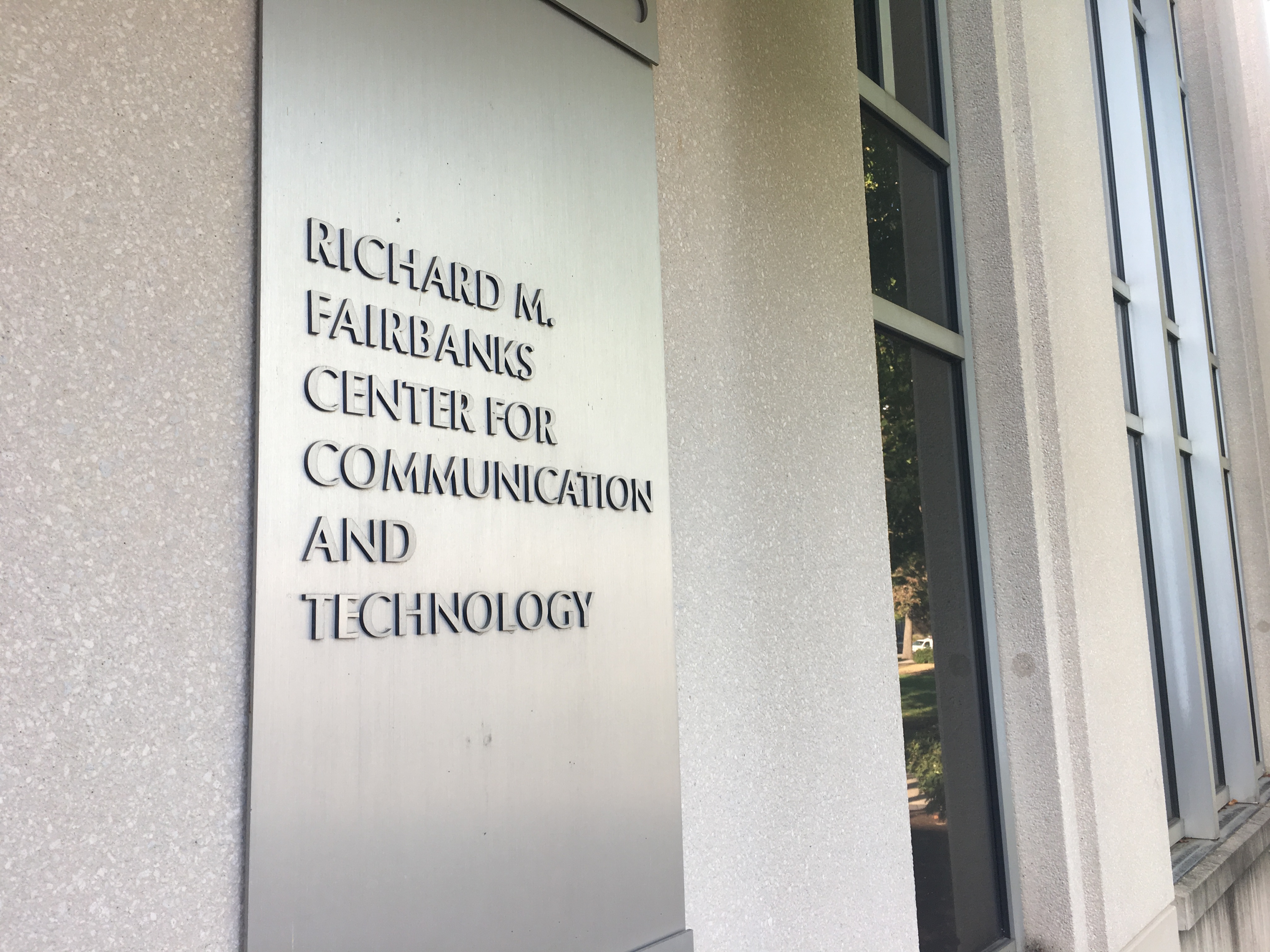 Entrance to the Fairbanks Center, which houses Butler’s College of Communication. Photo by Rachel Anderle.

“Having experience as a dean at Butler makes the role a bit less challenging for me than if someone without dean-level experience was required to take on the role and undergo the significant learning curve involved,” Howard said. “My goal is simply to be as helpful as I can to all concerned.”

Howard said he was asked to fill in as acting CCOM dean due to his experience as LAS dean.

“I agreed to accept the additional position because I wanted to be supportive of my colleagues in the College of Communication and because I have a great deal of respect for the provost who asked me to serve and for Gary Edgerton who formerly served as dean,” he said.

The new CCOM dean said his duties include working on improving the policies and procedures, organizational structure and college-level curriculum of the college.

“The biggest challenge is fitting everything into my schedule which was already pretty crowded,” Howard said. “But, I have been struck by the tremendous commitment of College of Communication faculty and staff to their students and their programs.”

Matt Monge, sophomore human communication and organizational leadership major, is eager for the new changes to come to CCOM with Howard.

“I think that having a new dean who is also the dean of LAS is kind of exciting,” Monge said. “Though the dean will be dividing his time between the two colleges, I think that he could bring some new ideas to the College of Communication.”

Monge said he struggles with getting into necessary classes for his major due to limited class sections. He hopes with the new dean, more class sections will open up for smaller majors within the college, such as his.

Gary Edgerton said he looks forward to being in the classroom with students again.

“Now I’ll have the opportunity to work more closely with many more of Butler’s bright and gifted students about media topics that I’m passionate about,” Edgerton said.

Before Edgerton started working at Butler, he was the department chair of the Communication & Theatre Arts program for 18 years at Old Dominion University in Norfolk, Virginia.

A stock photo of former Dean of College of Communications Gary Edgerton. Edgerton is now a a professor in the Creative Media and Entertainment department.

The former CCOM dean has taught more than 25 different classes during his teaching career.

Edgerton was recruited for the dean position in 2012 during CCOM’s early days to help the new college develop. During his time as dean, CCOM’s student body grew about 35 percent. The organizational structure moved from programs to departments, and several new majors and experiential learning initiatives were created.

“What I will miss most as dean is working as long and as closely as I did with such an enthusiastic, committed and capable college leadership team and staff,” Edgerton said in an email. “Over time, the dean’s office in particular grew into a warm, welcoming and highly productive environment.”

Howard said CCOM faculty welcomed him into their community.

“I am confident that Dr. Howard will do a fine job as Acting Dean of CCOM,” Edgerton said in an email. “He is a talented and hardworking administrator.”