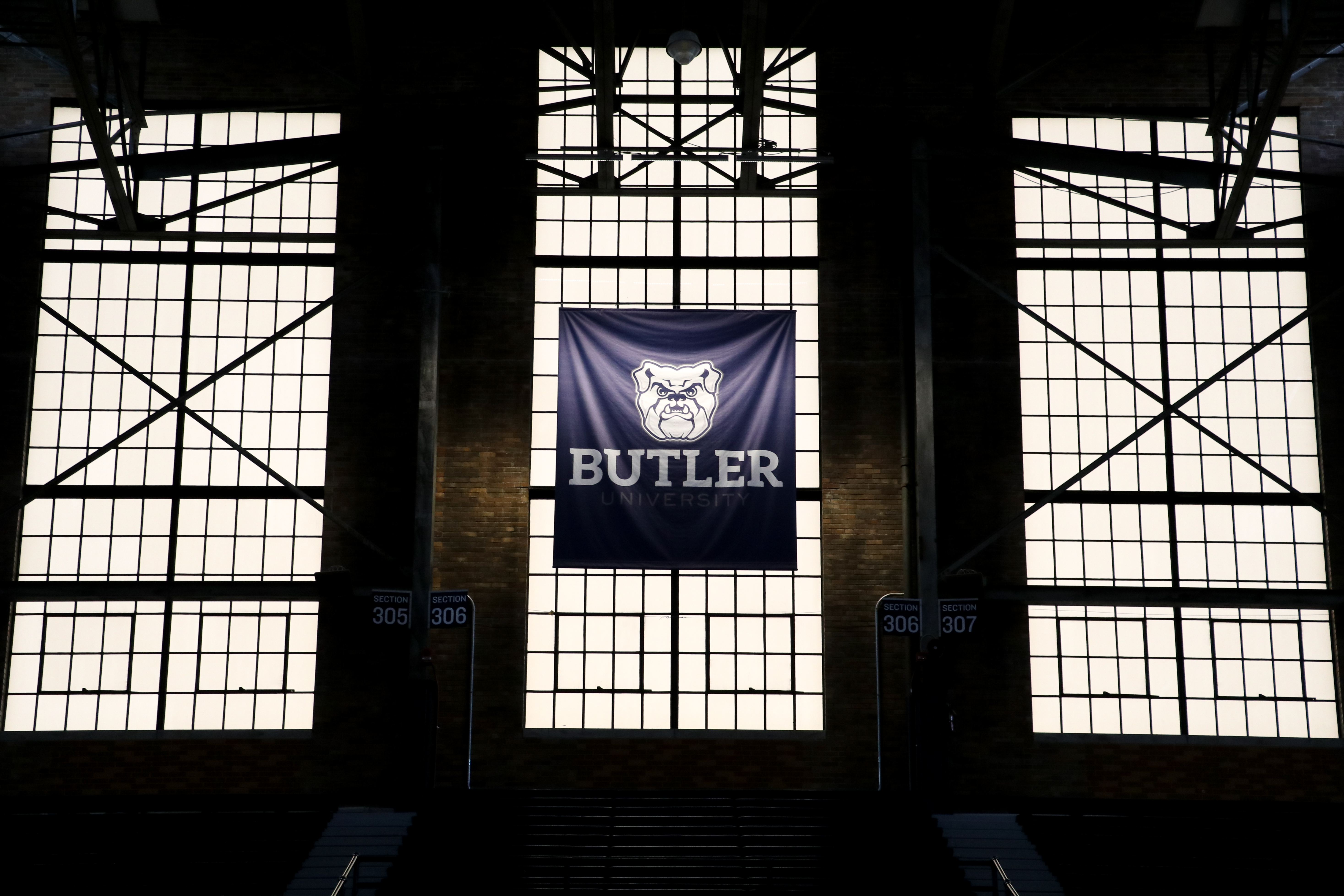 A banner hangs in the windows of Hinkle Fieldhouse. Photo by Adam Cvik.

No. 5: Football’s home opening win over Franklin College on Sept. 10

It felt great to get back to campus and watch some college football on the brand new turf. Redshirt senior Malcolm Weaver threw for over 250 yards over the Grizzlies, and the Bulldogs won easily over their NCAA Division III opponent 59-14. With a large crowd on hand, it was a warm welcome to the fall sports season at the Butler Bowl.

And here is Pace Temple coming into your living room. #GoDawgs pic.twitter.com/7nTyGnhrMb

The first ever Butler University women’s lacrosse game was played in front of a full bleacher section at the new Varsity Field. Junior Madison Christian scored the first goal for the team early in the game. Sophomore Haley Hallenbeck also added multiple goals in the game. Though the team put up an impressive nine goals in their first game, Liberty University took the win 16-9.

Yesterday was pretty cool. We didn’t get the W but the memories will last a lifetime. pic.twitter.com/vf0mahZHJs

Turner ran a sub 21-minute 6-kilometer run at the Indiana State University course in Terre Haute, Indiana. She finished in 56th place at the national meet out of 249 runners. She was the only one on the Butler University cross country team to make it to the final race this year.

No. 2: Men’s soccer winning the Big East Championship on Nov. 13.

The Bulldogs hosted Creighton University in what was their first ever Big East Championship appearance at the Butler Bowl. Freshman Isaac Galliford scored the first goal of the match in the 37th minute. Junior Eric Leonard scored just his second goal of the season in the second half, giving the team a 2-0 lead. Leonard’s goal turned out to be the game winner, as Creighton would add one goal before the end of the match. Redshirt Junior Eric Dick made six saves and was named the Big East most outstanding defensive player in the conference. Senior and current Indy Eleven player David Goldsmith earned Big East most outstanding offensive player following the game as well.

It is a game that the 9,100 in attendance will not soon forget. It was the first time ever Butler beat a then-No. 1 team in Hinkle Fieldhouse. After trailing 31-27 at halftime, Senior Andrew Chrabascz went 4-5 from the field and scored a team high 11 points in the second half to lead the Bulldogs to a 66-58 court-storming victory over the Wildcats. Also, freshman Kamar Baldwin made a ridiculous steal and reverse layup to finish the game. Rushing the court was the most memorable moment of the year.