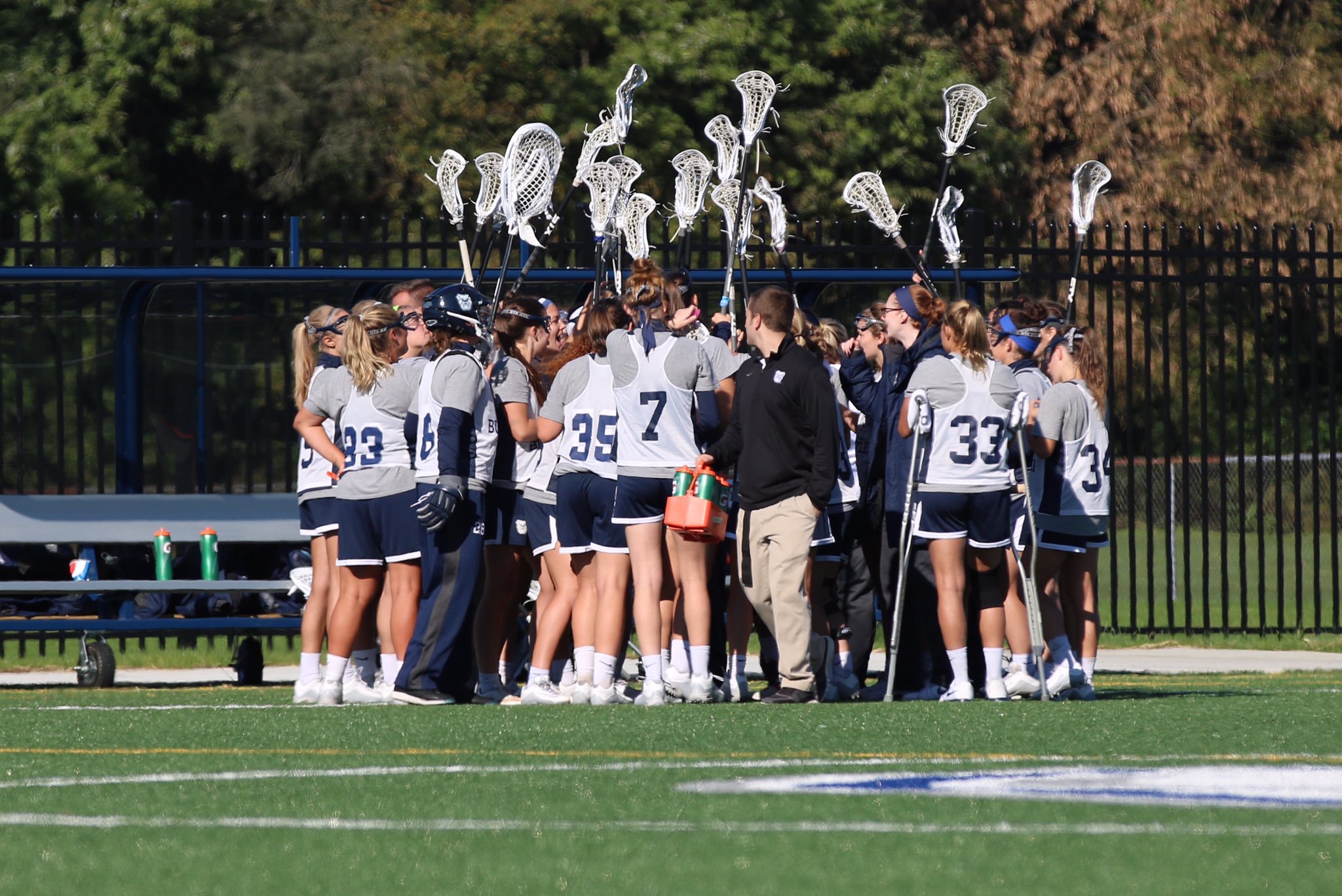 Butler women’s lacrosse huddles up during a break in the action. Photo by Jimmy Lafakis.

With the team’s first season almost underway, Butler women’s lacrosse team is ready to write a page or two into Butler’s history book.

Senior midfielder Emma Annand played on the club team for three years where she served as the vice president of the club her junior year. Although this upcoming season will be her fourth year playing on campus, she said being a part of the first Division I women’s lacrosse team on campus is surreal.

“It’s definitely something that has inspired us to work as hard as we can,” she said. “Just because we have to come out and prove ourselves this year. Everything we do is kind of setting the tone for the next couple of years, on and off the field.”

As the team enters their first season in the Big East Conference, the team is stacked with 16 freshmen, more than half the team.

Although the freshmen girls are not experienced with college play, freshman midfielder Muiread Heffernan said they are the backbone of the program, but it did not start out that way.

“Since it’s the first year, no one knew each other coming in, so it was very awkward at first,” she said. “All of us were kind of ‘fending ourselves’ trying to look better than the other than one another, wanting a starting spot in the spring. But then throughout fall ball we all got closer and realized that working together will take us further.”

Despite Butler being in their first season, the team is filled with energy and is ready to take on the competition.

“Our team is very high energy so we are expecting a lot of passion and excitement for this season,” sophomore and captain Haley Hallenbeck said. “As a new program in a tough conference we are going to need to keep our positive energy up throughout the season.”

The first ever match for the Butler women’s lacrosse team is this Feb. 12 against Liberty University at home. The match is scheduled to begin at 11 a.m.