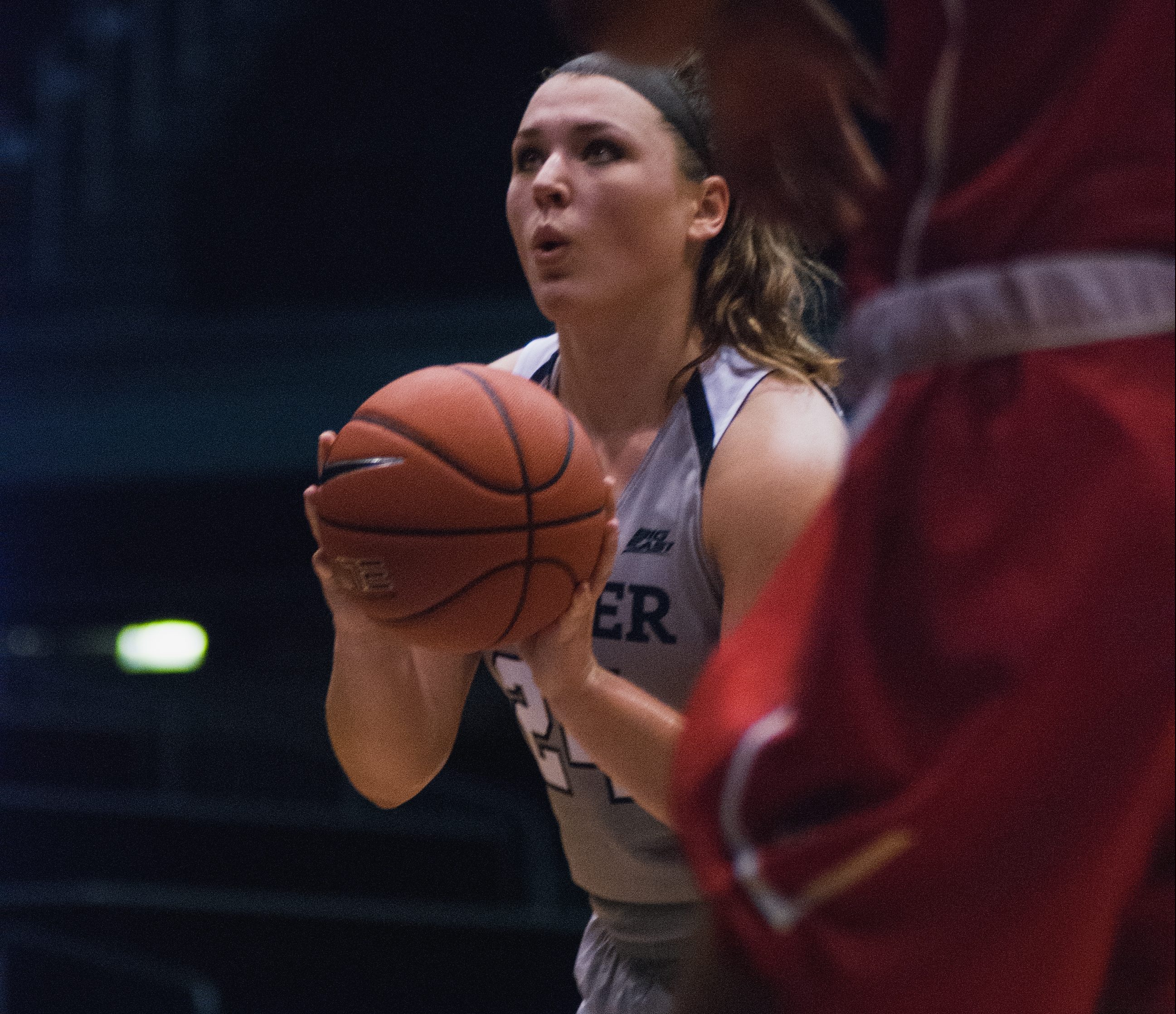 First half action concluded with a 33-28 score. Butler used a strong offensive second half to extend their lead, capitalizing on a 9-0 scoring run in the third quarter.

Bulldogs have the halftime lead! @ButlerWBB shoots 44% from the field and holds a 33-28 edge on @SHUWBB. Catch the 2nd half on @FS1. pic.twitter.com/pZb1E77jV2

Spolyar possessed a hot scoring hand in the final quarter, gaining 12 points after shooting 5-for-7 in eight minutes. Her offensive presence was matched by 10 rebounds, good for the guard’s first collegiate double-double.

Kristen Spolyar beats the buzzer for @ButlerWBB! Bulldogs up 16 heading into the 4th Q. Get to @FS1 for #BIGEASTwbb. pic.twitter.com/xXWyDFGQLC

Butler’s 79 points marks a season-high. The Bulldogs shot an even 50 percent from the field (30-60) and polished the game off by shooting over 64 percent in the fourth quarter. The defense shut down Seton Hall, keeping the Pirates’ field goal percentage to 29 percent.

Led by Schickel, the Bulldogs outrebounded their opponents 44-32. The home team took advantage of the Pirates’ miscues and gained 20 points from Seton Hall’s 16 turnovers.

Butler has a two day rest before taking on St. John’s University in Hinkle Fieldhouse on Jan. 5 at 7 p.m.