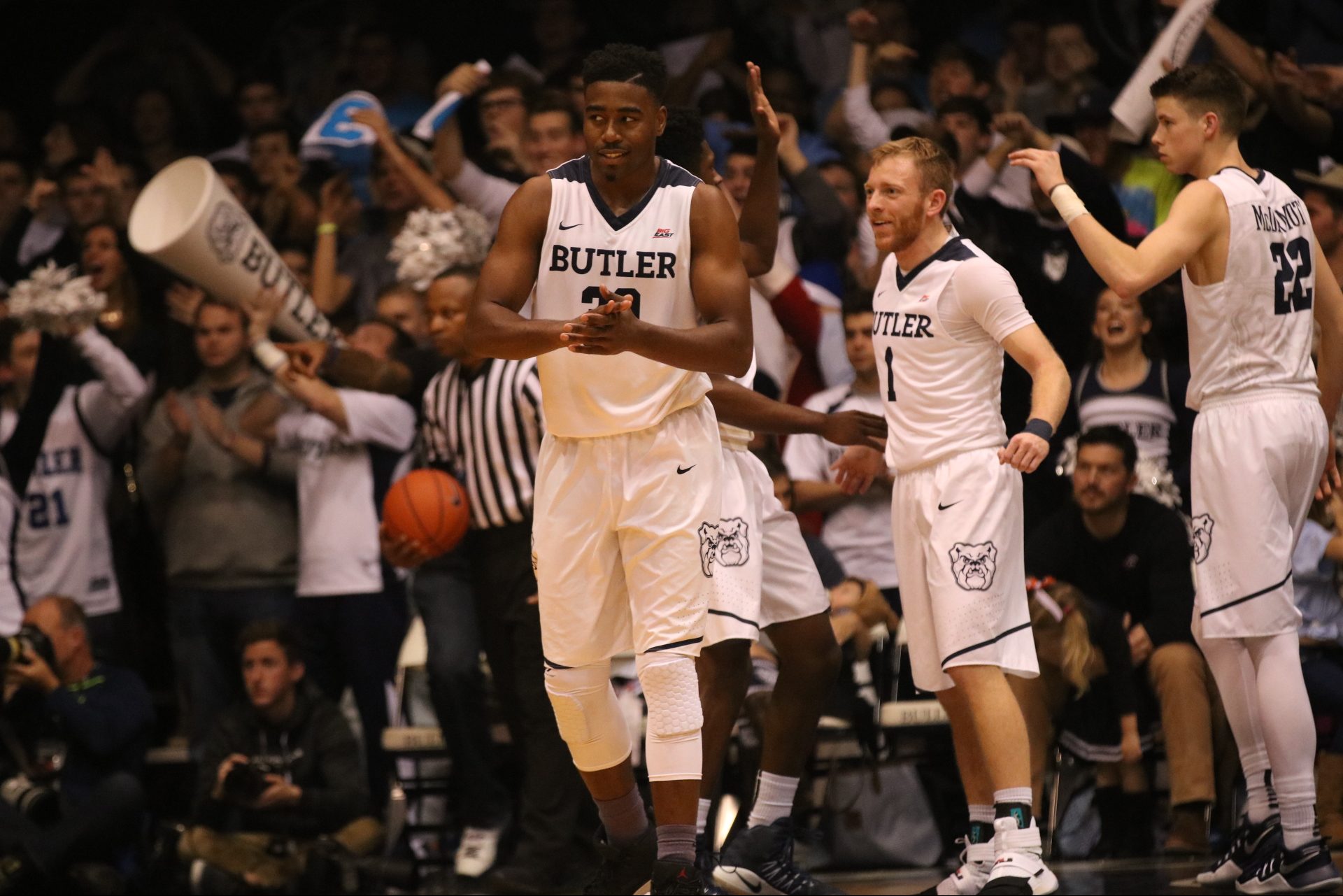 Kelan Martin claps his hands after the Bulldogs made a solid defensive play. Collegian file photo.

The No. 13 Butler University men’s basketball team wrapped up their non-conference schedule with an 81-69 victory over the Vermont Catamounts on Dec. 21 in Hinkle Fieldhouse.

The win marked head coach Chris Holtmann’s 100th career win, but his focus after the game was aimed towards preparing for Big East play.

“We got exposed in some areas that are some real concerns and that we are going to need to sure up before we get into Big East play,” Holtmann said. “I think they out toughed us in a lot of ways physically and that’s a concern.”

The Bulldogs and Catamounts each grabbed 32 rebounds on the night, and Vermont’s leading scorer, Payton Hanson, sat out the game with a knee injury.

Leading Butler’s offensive attack throughout the night was the duo of Andrew Chrabascz and Kelan Martin. Chrabascz poured in a game high and season high 28 points (12-of-18) while Martin scored 21 points (6-of-11).

“Back to the basket on that block is a great spot for me and coach is just drawing that up for me,” Chrabascz said.

Highlights from tonight's 81-69 win over Vermont to cap the non-conference schedule. The #13 Dawgs are 11-1 heading into BIG EAST play. pic.twitter.com/F5JMud1nHC

Martin also led the Bulldogs (11-1, 0-0 Big East) in rebounding with eight boards; the junior shot perfectly from three point range (3-of-3) and the free throw line (6-of-6). Tyler Lewis dished out a team high seven assists on the night.

For Vermont (8-5, 0-0 AE), Drew Urquhart scored 14 points and brought down 10 rebounds in order to secure a double-double.

Coach Holtmann said that Butler needs to improve at offensive rebounding and limiting the number of fouls they commit before they face the St. John’s Red Storm on Dec. 29 in New York to open up Big East play. This a familiar position for Butler as they entered conference play with an 11-1 record last year.