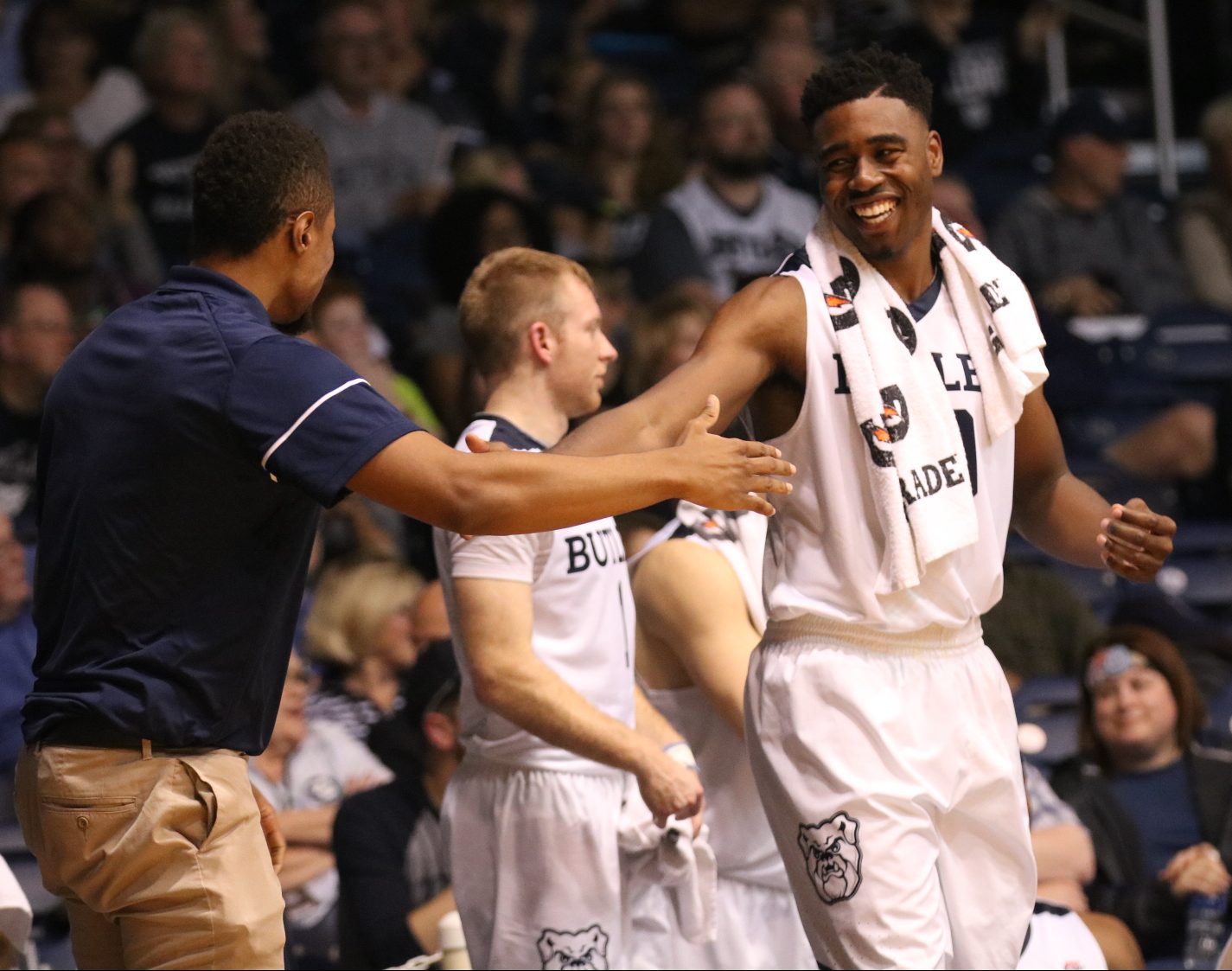 The No. 18 Butler University men’s basketball team handed the Central Arkansas Bears their seventh loss of the season by winning 82-58 in Hinkle Fieldhouse on Dec. 3.

Despite the lopsided score, head coach Chris Holtmann said he was disappointed with some parts of his team’s performance and approach leading into the game.

For most of the first half, Central Arkansas (1-7, 0-0 Southland) hung tight with the nationally ranked Bulldogs (8-0, 0-0 Big East), but with under two minutes to play, Butler put together an 8-0 run to close out the half by the score of 40-28. During that stretch, Kethan Savage and Kelan Martin each had four points.

Martin and Avery Woodson both shot the ball abundantly from three point range; Butler took 35 total threes on the night. Martin led all scorers with 30 points and finished 5-0f-11 from behind the arc while Woodson scored all nine of his points in the first half from deep (3-of-9).

“He [Martin] had good step in threes,” Holtmann said. “Our guys did a great job of finding him today. It was good to see him make open shots.”

A few highlights as Butler takes a 40-28 lead into the locker rooms. https://t.co/k6ORgg0G5j

Center Tyler Wideman displayed his consistent rebounding ability by grabbing 10 boards during the game. He also finished second on the team in scoring with 10 points, which notched him a double double. Overall, Butler out rebounded Central Arkansas 34 to 27.

Savage and  Tyler Lewis ended the game with six and four assists respectively.

Central Arkansas’s leading scorer, junior guard Jordan Howard, led the Bears in scoring with 20 points (5-of-9 from 3) and was the main reason they were able to keep the game relatively close in the early stages of the second half.

Butler’s next test will be at Terre Haute when they travel there to face the Indiana State Sycamores on Dec. 7 at 7 p.m.