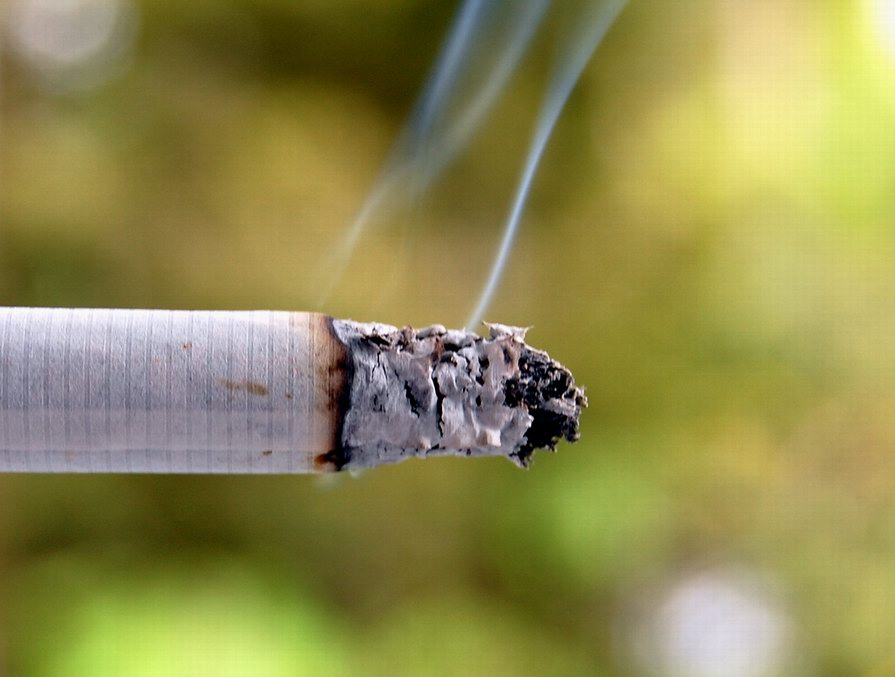 In 1999, the American Legacy Foundation founded a national campaign called “truth” to bring awareness to the negative effects of smoking. After redesigning their campaign in 2014, the group insists the people born in the mid-to-late 90’s can be “the generation that ends smoking.”

Tobacco use is now somewhat of a wedge issue for our generation. Today, aggressive TV propaganda highlights the negative effects smoking has on the body.

Campaigns like “truth” and “Do Something” point out a correlation between tobacco addicts and teenagers. According to Do Something, 90 percent of smokers begin smoking before they turn 19.

Despite these campaigns bringing awareness to the negative side of smoking, people — especially students — continue to partake in it.

According to Indiana’s website, “A study published by Rigotti et al. found that nearly 40% of college students either began smoking (11%) or became regular smokers (28%) after entering college.”

In the past couple of years, more and more schools across the country have become tobacco-free campuses. According to No Smoke’s website, as of Oct. 1 of this year, there are 1,713 schools that are smoke-free campuses, 80 percent of those are tobacco-free.

Butler University is not a tobacco-free campus, but a policy restricts students from smoking wherever they want, at least on paper. Since 2011, Butler students have been given the option to smoke at one of 12 designated smoking areas on campus, which include:

Junior Colton Junod, Student Initiatives Board member, is working to make a change to the campus’s current smoking policy.

“This project was initiated by a group of SGA members who saw increasing amounts of smoking occurring down sidewalks, outside dorms and around outside common areas,” Junod said. “Changing the policy such as moving current smoking zones and encouraging those who smoke to use these zones would decrease the negative effect that smoking has on those who decide to not partake in this behavior.”

Junod and the SGA plan to reach out to students for input on the issue to determine the approach they will take to changing Butler’s policy for the better.

The official policy also states, “Smoking is not allowed in or around buildings occupied by University faculty, staff and students including classrooms, laboratories, private offices, residence halls, University apartments and common areas except in those locations designated as smoking areas.”

People go in and out of doors near each designated smoking area every day. One could argue the areas are in places away from where people are.

This may be true, but it does not mean people follow these rules to the exact specifications of how they were written.  Moreover, Butler’s smoking policy does not prevent non-smoking students from inhaling secondhand smoke or from being away from student smokers.

Annie Keirn, Student Government Association senator and first year, lives in Ross Hall and has an allergy to secondhand smoke, which flares up when people smoke in the non-designated smoking area of Ross.

“It is manageably unnoticeable most of the time even with my windows open, but it can be really physically irritating,” Keirn said. “Occasionally it will be so bad that I’ll close my windows altogether. The location right outside my window is not a designated smoking area, but people smoke there anyway. Either having better marked and enforced designated smoking areas or have a completely tobacco-free campus would solve many of smoking-related issues.”

Several students partake in smoking outside of the areas because they either do not care or are unaware of Butler’s policy, which some students are irritated by.

In some of the designated areas, like Ross Hall’s, students walking in and out of the west door will take in second-hand smoke from smokers.  Smoke can also get into the windows of residents who like to keep their windows open.

Some students believe Butler should become a tobacco-free campus, while others believe students should continue to have the right to consume tobacco, specifically smoking. This argument is probably happening at just about every college campus in the country in some way or another, but is there a right answer?

To me, both sides of the argument are right, but there may not be a resolution to the issue to satisfy each side.

If Butler were to go tobacco free, the level of enforcement on the policy is uncertain.  I recently visited Michigan State University, which went tobacco free this year.  Despite this, there were still people smoking on campus even as cop cars cruised by not doing anything.

Rarely will a “tobacco-free” campus truly be tobacco-free because, in terms of priorities to ensuring a safe campus, catching a student smoking is not one. It is simply too hard to enforce.

If the policy does not change, it is fair in the sense that one has the right to do what they want with their body, but it is also fair to say that the smoking areas on campus have not done a good job keeping non-smokers away from secondhand smoke.

From a non-smoker’s perspective and being someone who does not have friends who smoke, I naturally side with an improved smoking policy or even to go tobacco free; however, I can see the other side of the argument of the smoke or no smoke issue that has found itself on thousands of college campuses.

It is an interesting issue and I believe it is one of those polarizing topics our generation will be remembered for, regardless of whether or not we truly are “the generation that ends smoking.”