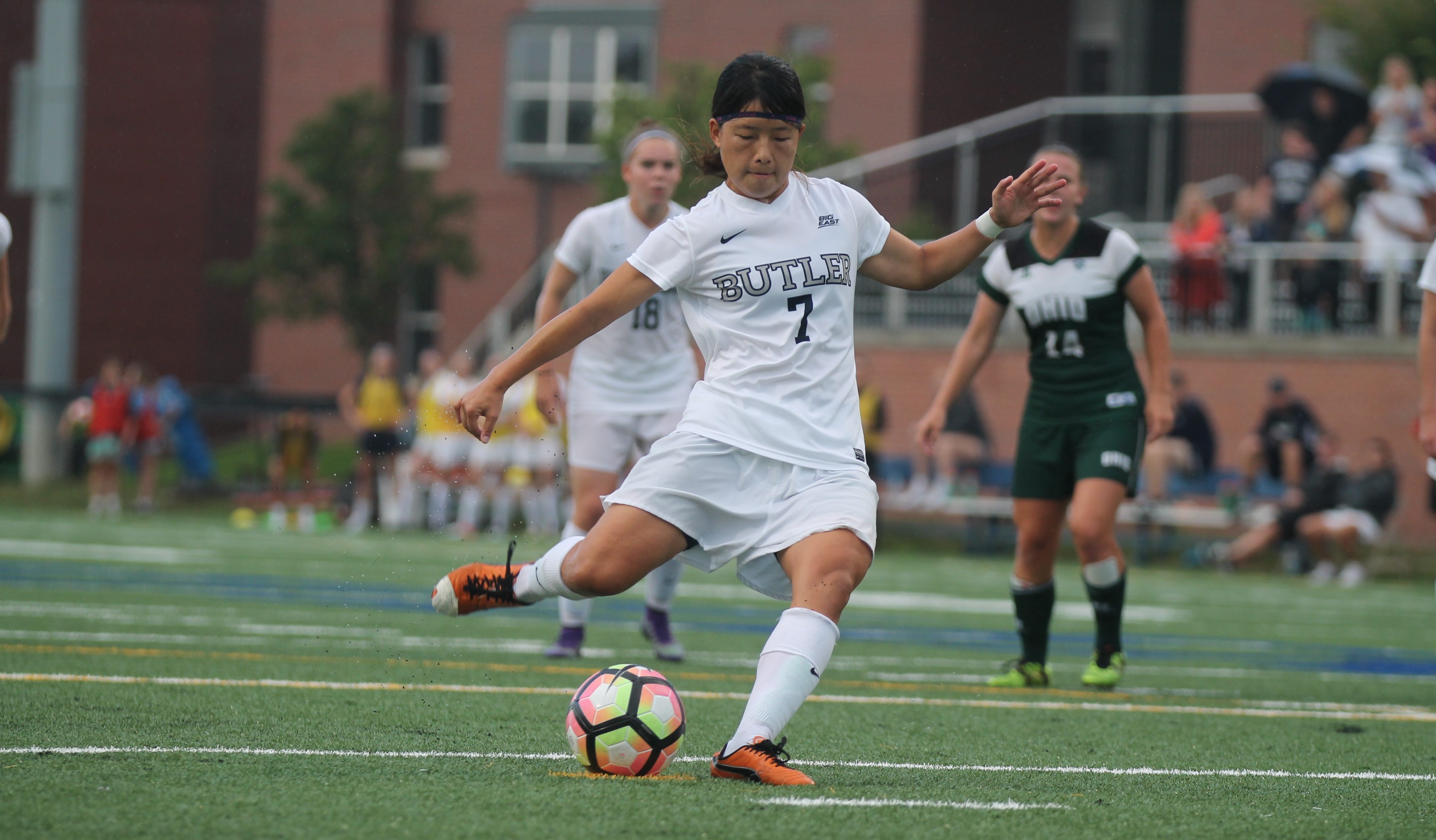 The Butler University women’s soccer team’s season came to a close in the first round of Big East tournament play on Nov. 1.

The Bulldogs entered the Big East tournament as the sixth and final seed and faced Georgetown University. The game resulted in a 4-0 Bulldog loss, marking the second time the team lost to the Hoyas this season.

During the middle of the season, the Bulldogs went on a five-game win streak that stretched from a win against Indiana State University to the first game of conference play against Villanova University.

During this stretch, the Bulldogs scored 16 goals, giving up zero. Sophomore goalkeeper Hannah Luedtke registered 574 of the 619 scoreless minutes, with junior Madison Card picking up the rest.

Kashimoto led the team in goals and assists, with nine and seven respectively. She finished the season with 25 points and a 53.6 shots on goal shooting percentage.

Muchow, a midfielder, started all 20 games for the Bulldogs. She finished the season with one goal, one assist and played 1,535 minutes.

“Serina [Kashimoto] and Mckenzie [Muchow] were highly involved in the offensive success this season,” Paige Monaghan, sophomore forward, said. “It was an amazing experience to play with them.”

Monaghan finished behind Kashimoto in goals and assists with six and three, respectively. Throughout the season, Monaghan took 71 shots and 28 shots on goal. She finished with three game-winning goals.

Along with the impact of offensive powerhouses in Kashimoto and Monaghan, the Bulldogs also saw defenders step up in offensive roles.

Junior defenders Christy Chou and Shannon McDevitt finished the season with two goals apiece. Along with their help within the offense, the two also helped head the Bulldog defense with sophomore Kyra Cooke.

“I love being able to see the entire field and help teammates get where they are supposed to be attacking or defending,” McDevitt said.

The Bulldogs closed their regular season with three out of four wins. The 2-1 loss came against Marquette University in overtime.

However, it was the final game of the regular season against Xavier University that sent the team to the postseason. The 3-0 victory edged the Bulldogs in front of Creighton University in the Big East standings. The win landed them in the conference tournament to face Georgetown in Washington D.C, where their season came to a close.