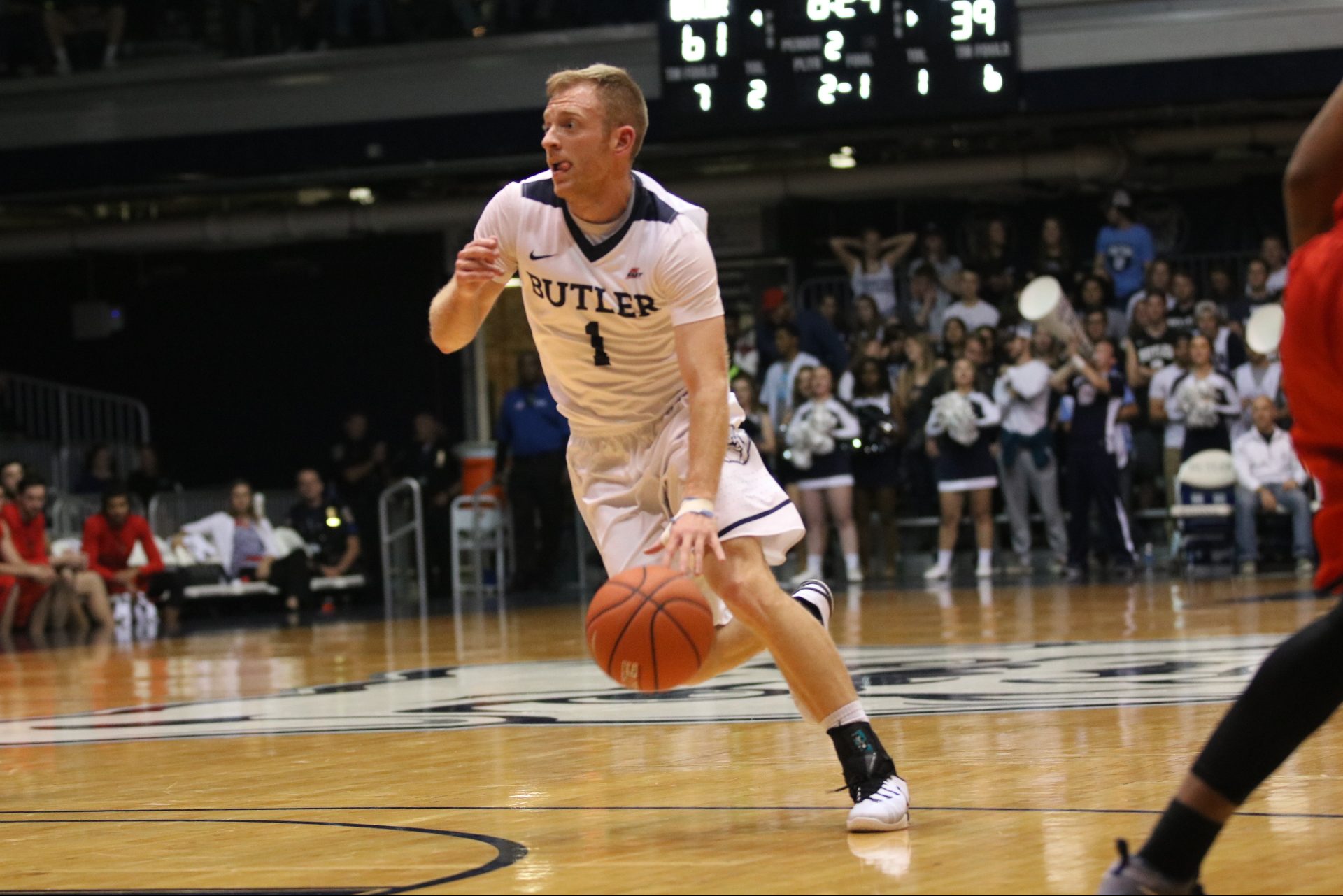 Tyler Lewis drives towards the rim. He scored 15 points against the Commodores on Nov. 24. Collegian file photo.

The Butler University men’s basketball team outlasted the Vanderbilt Commodores by the score of 76-66 on Nov. 24 in Orleans Arena as a part of the Continental Tire Las Vegas Invitational.

Lewis led the team with four assists while Chrabascz grabbed 10 rebounds, giving him a double-double on the night. Tyler Wideman accumulated a total of eight points and seven rebounds, six of which were offensive.

Butler (5-0, 0-0 Big East) adapted to a mix of a 1-3-1 zone and man to man defense as well as a below average shooting performance from Martin in order to seal a victory. He shot just 3-of-12 from the field, but he scored seven points at the free throw line alone.

In fact, the Bulldogs found themselves at the free throw line time and time again. Vanderbilt (2-3, 0-0 SEC) ended up 15-of-19 from the line while Butler was 25-of-36. Butler’s ability to get to the line and not foul as much as their opponent played a big role in their win on Thursday night.

In the first half, the Bulldogs shot well from behind the arc; they took a 7-of-13 three point mark into halftime. But after a tough second half in that aspect of the game, they ended shooting just 9-of-25 from three point range.

Tough layups down the stretch allowed the Bulldogs to pull away from the Commodores when it mattered the most.

At around the seven minute mark, Butler led by just three points. From there, Martin, Lewis and Baldwin each had finishes at the rim which pushed the lead to 10 with just over three minutes to play.

Matthew Fisher-Davis, Vanderbilt’s leading scorer coming into the game, was held to two points on the night, and he logged a total of 11 minutes.

Butler will face the winner of the ninth ranked Arizona Wildcats versus the Santa Clara Broncos at 10:30 p.m. on Nov. 25 in the Continental Tire Las Vegas Invitational championship game.