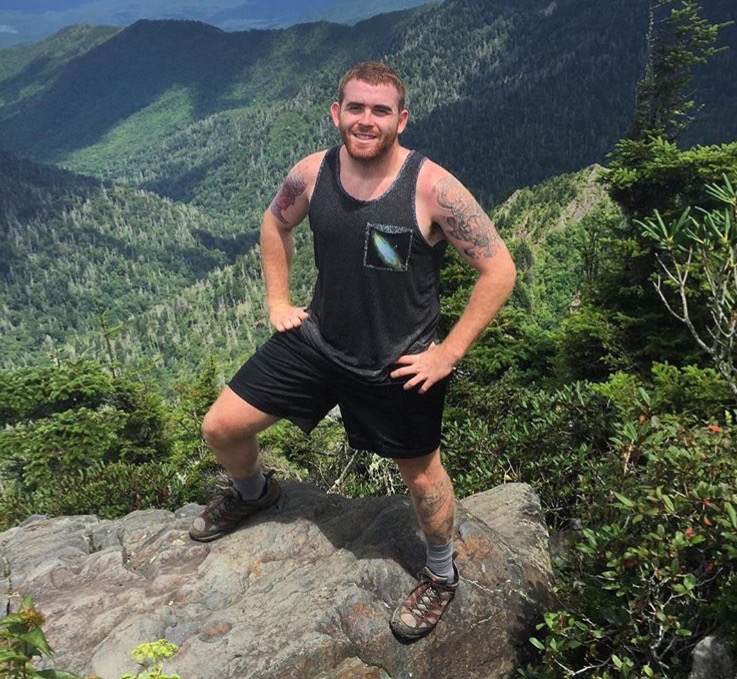 Photo of and courtesy of Bram Epstein.

I personally fell victim to college freedoms. I do not go home to see my mom every day. That means she will not care when she sees that I got a tattoo like a month later when I come home for break, right?

I got a tattoo with meaning. Kind of. I woke up one day and decided I needed some daily inspiration, so I had it permanently transcribed into my side. Casual summer activity.

Now, my situation is different from others’. I have two tiny words written on my side that can be completely covered and hidden at all times. Others cannot hide their tattoos.

Should we, as a collegiate public, hold off on getting tattoos until we enter the workforce? Or should we take advantage of the freedom and impulses that come to us in the middle of the night?

Tattoos are exposed to children at young ages. We got temporary tattoos at birthday parties, at school, the doctor’s office and in those 25 cent machines in restaurants and grocery stores. However, we grow up with differing opinions on the ones that do not rub off in the shower.

Some hold the opinion that tattoos may hinder students’ abilities of obtaining professional jobs. This of course tags a negative connotation onto tattoos in general. These are the stiff people.

Others see tattoos as works of art and do not find them to be taboo in any way. These are the passionate ones.

Then there are those who might not have much of an opinion at all. They might have a small tattoo that is not seen but do not think that others having larger tattoos is an issue. These are the open-minded ones, like myself.

Michael DiViesti, a senior studying accounting, has a small tattoo on his chest commemorating his grandfather.

“I think tattoos are really cool…I got mine on my chest so that I can cover it when I want and show it when I want,” DiViesti said. “And I would consider getting one that is visible depending on my job.”

Many students will get tattoos with jobs on their minds.

Students like Bram Epstein, a junior studying interactive media and art, have definite career choices that will not be affected by the amount of tattoos they have.

Epstein is a passionate one with seven large pieces on his body.

His pieces include a matching tattoo with his sister on his arm, two quarter sleeves on his arms, a full sleeve on his calf, a piece on his back and one of each side of his rib cage.

Bram’s tattoos have significant meaning. One of his sleeves includes a “Foo Dog” which is a Chinese guardian dog that is protecting the tattoo that honors his sister. He has album cover art designs from the bands Gojira, Tool and Lamb of God through which he expresses his love of music and art.

His leg has a man in tattered clothing dragging a rock up a mountain with a quote: it’s not what you do but how hard you work. This tattoo is in honor of his childhood babysitter.

Epstein plans on entering the field of graphic design and the arts and is not worried about his ability to get a job.

“I think that social norms are shifting and there is a chance for people with tattoos,” said Epstein. “There is definitely no problem entering into the arts with tattoos. I actually saw a surgeon who came into a parlor in scrubs to finish a piece and he was covered in tattoos.”

First-year student Jordan Wood, studying organizational communications and leadership, has a small tattoo which was done “stick and poke” style.

“I think that tattoos are a great form of self expression — whether you want it for the art aspect or for a reminder of its special meaning to you” Wood said.

Tattoos do not seem to taboo on a college campus after speaking with those who have them. I think that the general college public is open to the idea of tattoos as a way to express yourself and create a sense of individuality.

Professor Scott Bridge is a member of the Career Advisory Service Board and the college of communications internship director.

Bridge said he met with the board this semester and the question of whether or not some companies would consider a student with tattoos was brought up.

“The acceptance of tattoos will depend on the company, as well as the location of the tattoo,” Bridge said. “Some may welcome the creativity and originality, but always air on the safe side.”

I spoke to Kristin Otter, owner of Metamorphosis, which is a small tattoo and piercing parlor in Broad Ripple.

Otter told me that half of their clients are college students (not all from Butler) and they usually get the smaller “pinterest” tattoos.

“Most college kids can’t afford tattoos and if they can, it’s a small and simple Pinterest, like piece of something delicate like a feather or arrow,” Otter said.

Otter, not to my surprise, had many tattoos covering her body and her hands. I was surprised, however, at her answer when I asked about her opinion on people entering the workforce with tattoos.

“I am older than most, so my situation is a little different,” Otter said. “But when I see people with tattoos on their hands or on the insides of their fingers, I associate those tattoos with jail time.”

It is interesting that a woman who I would have thought to be the most open has reservations on the placement of some tattoos. Her answer put into perspective what types of pieces might be considered taboo even by a tattoo artist and owner of a parlor.

So let us stay away from the hand and face tats.

A message to be conveyed through my research is that tattoos, depending on location, generally, no longer have the bad associations they once had.

They can have deep meanings that tell stories or they can just be there for the fun of it.

Tattoos are a personal choice. If you want one but do not want it to be visible, you can get it on a part of your body that will always be covered by clothing. If you want people to see it, then more power to you.

However, If you know that your future job might not be accepting to tattoos then keep that in mind. We are in college so that we can further our educations and obtain good jobs, so do not blow your chances.

Think before you ink. Your tattoos will show your news, and any other cheesy rhyming words you can think of.