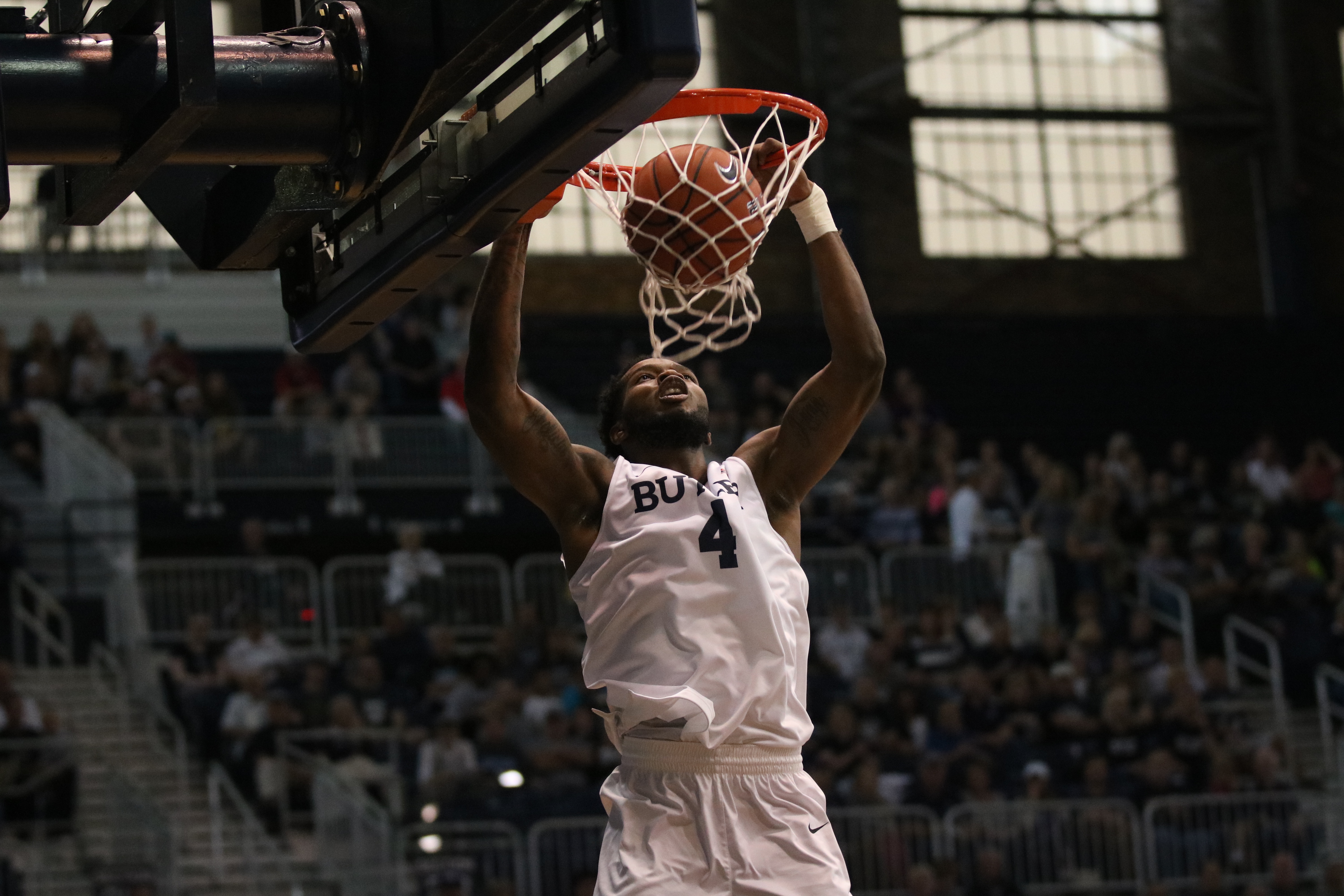 The Butler University men’s basketball team dominated Wabash College by a score of 100-53 on Oct. 29, in their first exhibition game of the 2016-17 season.

“We have to turn the ball over a little bit less,” Holtmann said during the postgame press conference. “We’ve got to be sounder and a bit more disciplined defensively.”

While the Bulldogs did commit nine turnovers, they turned 22 Wabash turnovers into 27 points on the other end. Many of those points came in the form of routine layups and dunks.

“We knew that was a possibility and that’s how a game goes from a roughly 14 to 25 point game to 50, and that’s basically what happened to us,” Wabash head coach Kyle Brumett said.

“I thought he gave them another dimension tonight,” Brumett said. “I have a team that struggles like we did from the free throw line, and he comes in as a freshman and goes 5 for 5 from the line. Stuff like that sticks out to coaches.”

.@kamar3baldwin has been stellar the last minute. Scored, stole the ball, made an electric dunk all back-to-back-to-back. #ButlerBasketball

Butler started out the game going 5-5 from the field, which produced an 11-2 lead by the first media timeout, and the Bulldogs never looked back.

Rounding out the impressive guard play was redshirt senior guard Tyler Lewis, who dished out a team high six assists.

Woodson and Savage, transfers from the University of Memphis and George Washington University respectively, both enjoyed their inaugural action in Hinkle Fieldhouse.

“It was unbelievable to put on a Butler jersey for the first time,” Savage said.

“This is one of the best gameday experiences I’ve ever had, and it was only an exhibition,” Woodson said.

Butler’s next game will be against the Saginaw Valley State Cardinals on Nov. 5 at 7 p.m. in Hinkle Fieldhouse. It will be the team’s second and final exhibition game before facing the Northern Colorado Bears on Nov. 12 to start the regular season.