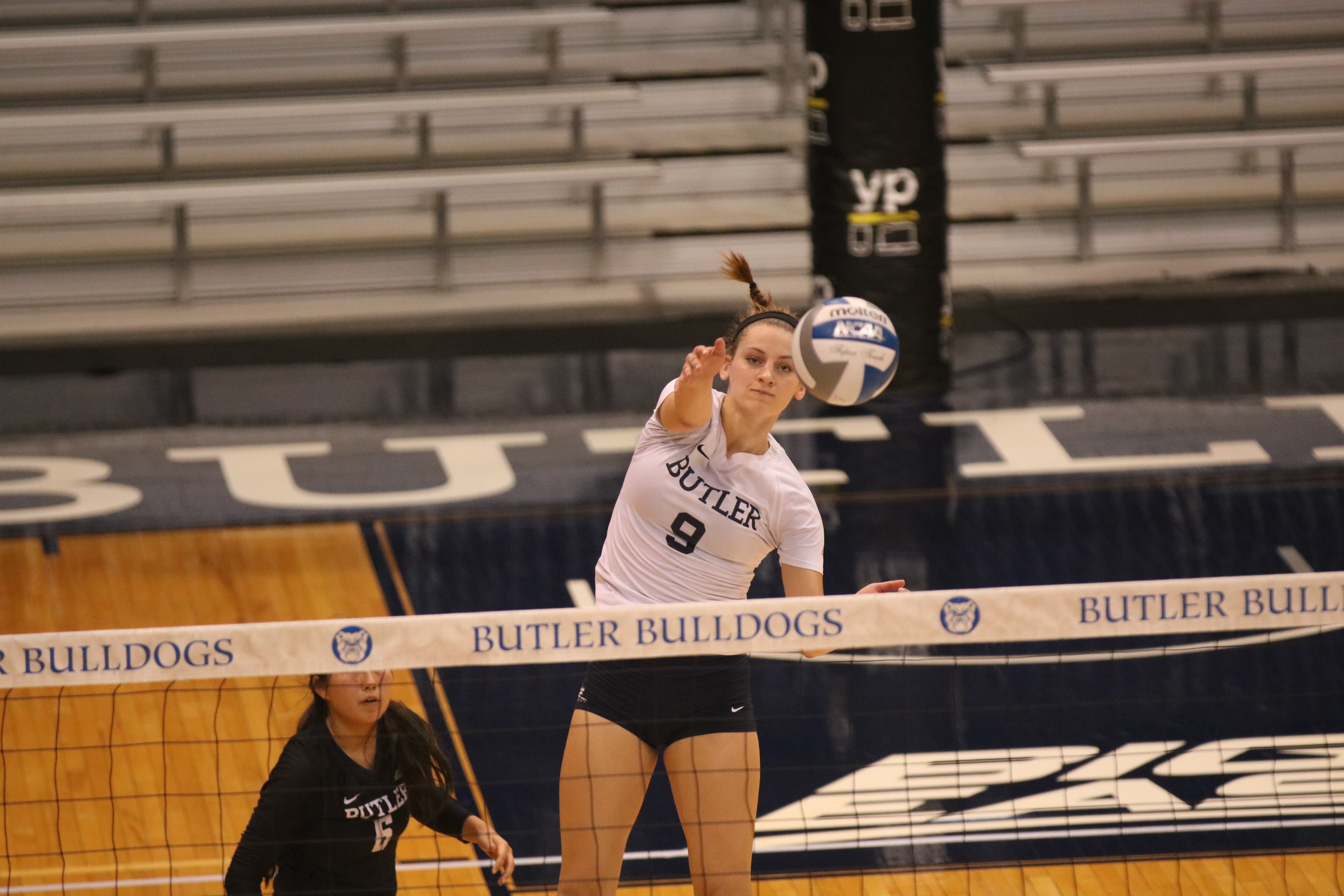 Sophomore Anna Logan spikes the ball during a game at the Butler Invitational. Photo by Jimmy Lafakis.

The Butler volleyball team notched their first conference win on Sept. 24. Sophomore outside hitter Anna Logan posted 18 kills and 11 digs in the four-set victory over the St. John’s Red Storm. Butler moved to 12-6.

The Bulldogs dropped the first set, but fought back to win the next three. Junior setter Makayla Ferguson also tallied a double-double, adding 48 assists and 11 digs in the 22-25, 25-23, 25-21, 26-24. Ferguson said she was proud of how her team bounced back after losing to Seton Hall.

“We used last night as motivation to play better,” she said. “We were able to work on the things we struggled with, and it feels great to get our first conference win against a very good St. John’s team.”

“Finishing games and being the aggressor were two things we really implemented,” she said. “We lacked those things during the Seton Hall game, but we are happy because we are one step closer to our goal of winning the Big East championship.”

St. John’s fell to 10-6. Head coach Sharon Clark said she was pleased with how her team is learning how to execute in tight matches.

“Having a short memory and moving on quickly are things we have talked about a lot,” she said. “The best athletes do it well, and we are learning we can still be aggressive at the end of the match.”

Butler will resume action against Providence on Sept. 30. The Friars, who stand at 12-6 on the season, will visit the Bulldogs at 6 p.m. at Hinkle Fieldhouse.