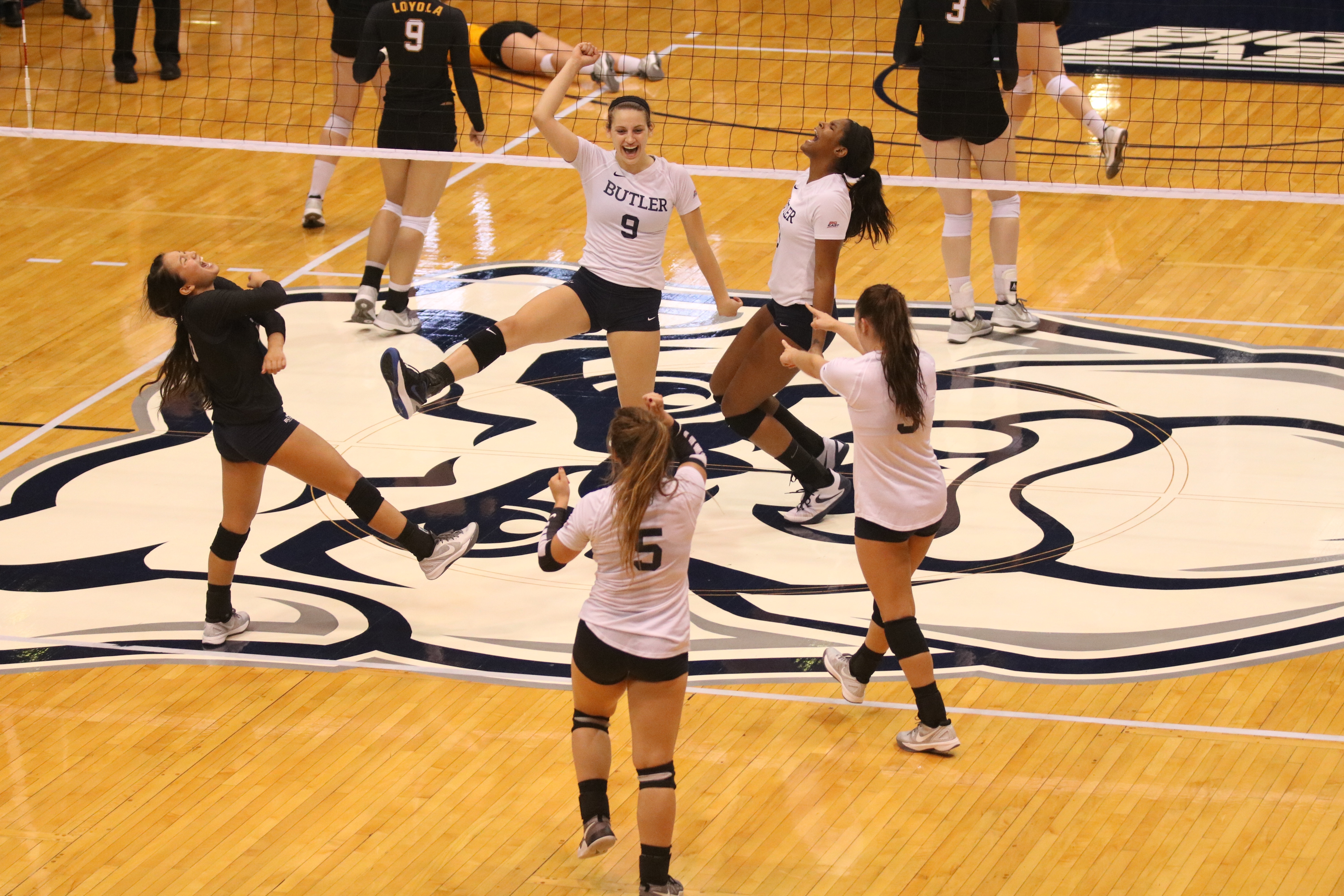 Sophomore Anna Logan and the rest of the team celebrate a point during the Butler Invitational. Photo by Jimmy Lafakis.

The Butler volleyball team improved their record to 11-5 after finishing second in the Butler Invitational. The Bulldogs defeated Northern Kentucky and Loyola-Chicago on Friday, but fell to Arizona on Saturday.

Butler swept Northern Kentucky on Friday morning. Sophomore outside hitter Anna Logan added 15 kills and 10 digs in the 25-21, 25-18, 25-15 victory. Logan’s double-double was her sixth of the season.

“We saw our defense and serving improve this weekend,” she said. “Those are two things we have seen get better throughout the entire preseason, and our work is paying off.

The Bulldogs grinded out a 25-23, 25-20, 27-29, 25-20 win against Loyola-Chicago on Friday night. Junior setter Makayla Ferguson posted a team-high 52 assists, while redshirt junior middle blocker Jessica Klingensmith added four kills of her own. Klingensmith said she was pleased with her team’s persistence.

“As a team, we had incredible defense against Loyola,” she said. “That was a big positive for us. Every game is important and that was a big win.”

“We didn’t have it against the Wildcats,” head coach Sharon Clark said. “We were close, but could not pull it together.”

The Bulldogs will now shift their focus to Big East play.

“We want to play our game,” Klingensmith said. “We want to be relentless and aggressive. We want to approach each match with our goal of reaching the Big East tournament.”