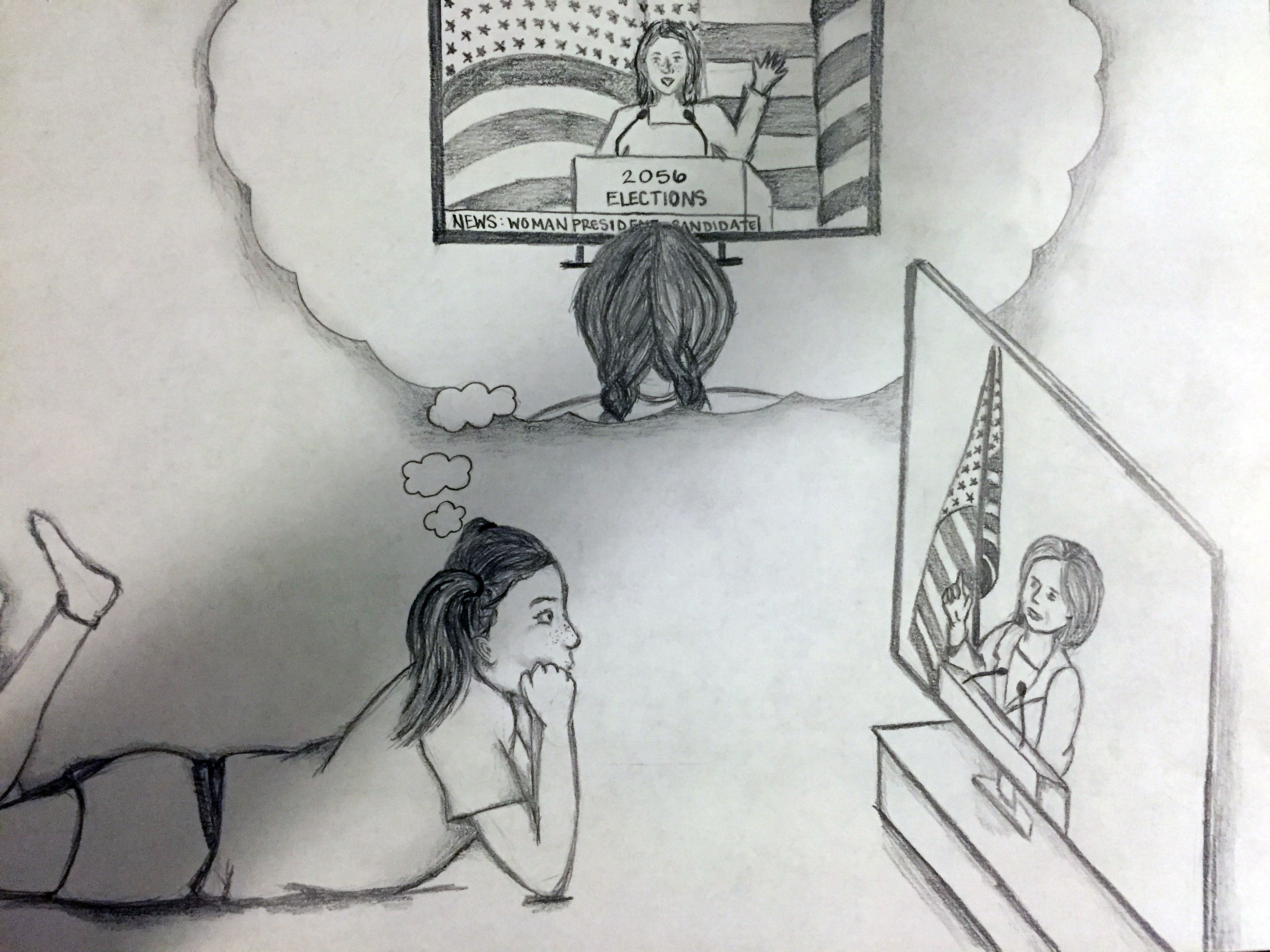 As funny as this is, the point remains the same: we have the potential to make history if Clinton is elected. Regardless of political affiliations, one cannot deny the supreme importance of this fact.

Taylor Viti, a junior finance and economics double major, will not be voting for Clinton in November, but she does recognize the significance of Clinton’s nomination.

“I believe that having a female nominee and maybe president is important, but not more important than the candidate’s political views,” Viti said.

Because Clinton is a nominee, she will be shown on television, discussed on the radio and written about in newspapers more well known than this one. Make no mistake: young girls will notice this, and it will have an impact.

Ariana Hays, junior and president of College Democrats on campus, said she believes society has a ways to go, but this feat should still be celebrated.

“This is a sign of what we have accomplished and will hopefully inspire more women to work for their dreams,” Hays said.

The first woman to run for president was Victoria Woodhull in 1872, almost 50 years before the 19th amendment. Frederick Douglass was her running mate and the first African-American ever nominated for vice president. People declared her run disastrous after she wrote an article about an affair she had with a powerful minister.

In 2008, Clinton attempted her first run as president, but was bested by the young, charismatic senator from Illinois, current President Barack Obama.

Clinton seems to be an unstoppable force. And as far as her campaign goes, she has had tremendous success in terms of funding and organization.

She has been a part of the political world for most of her working career one way or another, and, after almost 100 years since the passing of the 19th Amendment gave women the right to vote, we may very well see the first female president of the United States.

Her resume includes a law degree from Yale University, time as an attorney and a professor, and time on the boards of major corporations: the Arkansas Children’s Hospital Legal Services, the Children’s Defence Funds and Wal-Mart, where she was the first female board member. She was also the first lady of Arkansas and the United States, senator and secretary of state.

She shattered one of many glass ceilings for young women like Hays and Viti, and by demonstrating to females that they can get that far and dream that big is paramount.