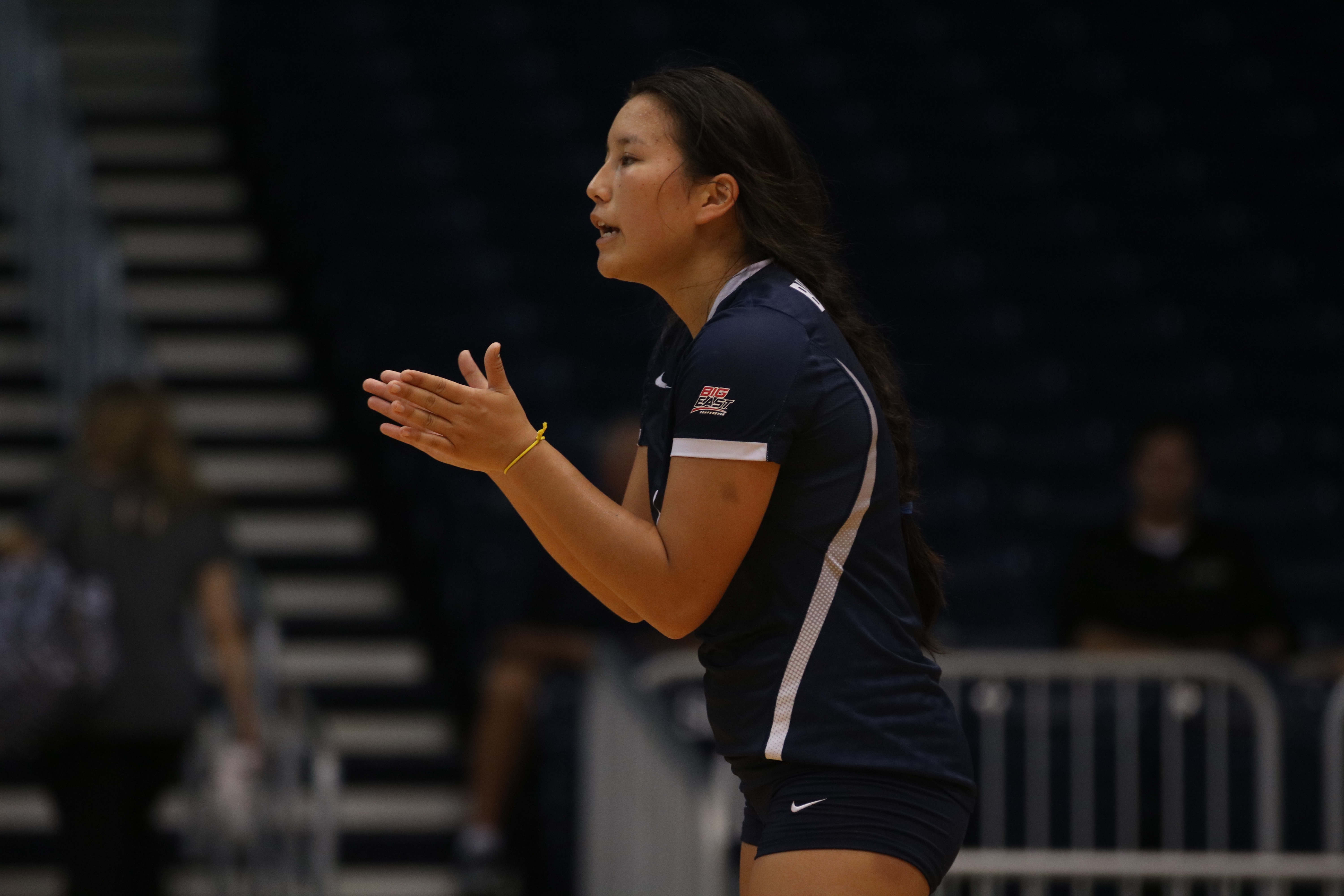 The Butler volleyball team started off their season with a 1-2 record in Salt Lake City, Utah. Sophomores Anna Logan and Taylor Takeda were two of seven players named to the Utah Classic All-Tournament Team.

Butler began the tournament by losing a five-set match to the Gonzaga Bulldogs on Friday, Aug. 26. The final scores of the match were 25-19, 17-25, 30-28, 22-25 and 15-11. Logan posted a double-double and totaled 29 kills off of 62 swings, just three short of Belle Obert’s all-time record of 32 kills. Takeda finished with 30 digs and junior Makayla Ferguson added another double-double with 58 assists and 12 digs.

“It was great to get back out there and play some really great teams,” Takeda said. “We had some really good defensive plays and great serve-receive for most of the tournament. That allowed us to run our offense well.”

“This is an exciting team to watch,” Clark said. “Taylor’s defense was stellar and offensively, our outside hitters battled well.”

“After practicing against ourselves the last couple of weeks, I was really happy to see how well we handled playing against new faces,” Logan said. “We did a great job with serve-receive all weekend.”

Butler’s next test will come on the road against the Eastern Illinois Panthers. Clark acknowledged what her team needs to improve on to prepare for the Aug. 30 match.

“Our greatest need is to work on blocking in practice,” she said. “We have always been a good blocking team, and we need to get back to that.”