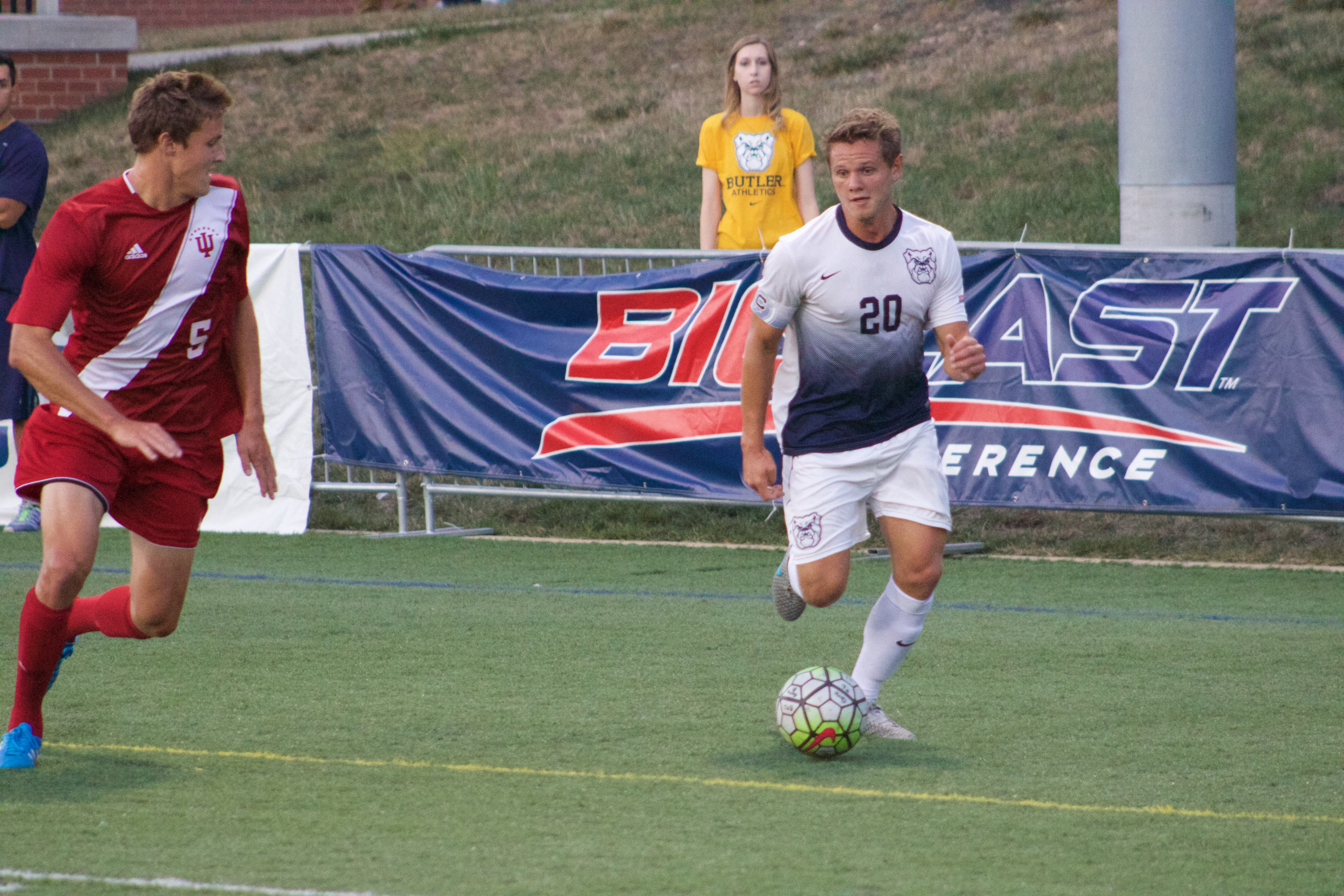 Plenty of fresh faces, including 10 first-years, joined the men’s soccer team this year.

Three are international players from both England and Finland, and one is a transfer student from Virginia Commonwealth University joining the squad as well.

“With 11 new faces it can be great, because it can be refreshing as new energy is pumped into the team,” he said.

The players are happy about the new talent too, including senior forward David Goldsmith.

“It’s great having new faces here, and they’ll definitely help the team out,” he said.

The new players will have plenty of help as the team has three captains this year composed of Goldsmith and his fellow seniors, defender Mitch Ostrowski and midfielder Charlie Constantino.

Snape praised all the captains and believes they can carry the team through the season.

There have been some challenges for the new players when it comes to adjusting to both the college level of play where the competition is better than what they were used to in high school. Trying to navigate Butler’s campus and getting use to the grind of classes is also difficult, but the captains and other upperclassmen are helping them adapt.

The international students also face a big change in scenery when it comes to leaving their home countries to come to Butler, but they are getting help adjusting from their new teammates.

“For me being international, I’ve been helping the international people get settled into the dorms and classes because everything is different back home in England and other countries,” Goldsmith said. “For me, that’s kind of been my role.”

Constantino said he and his teammates have been doing all they can to help the new players on the team, which includes helping the new players get used to playing college level competition.

“Everybody is there to help each other figure out what they need to do,” he said. “As a group, we’ve just been able to help them with that transition into the college game. One way is helping them get used to the style of play. The college game is much faster than high school or the club team that they came from.”

The team was able to jell quickly, largely in part due to the selfless attitude of Ostrowski and his teammates.

“I think a lot of the guys, especially the new guys, have bought into what we want to try to do this year,” he said. “No one is more important than anyone else on the team, and I think that’s something special we have this year.”

Last season, the team was successful, notching a record of 10-4-4 with one of their ties coming against No. 22 Indiana University at home after trailing 2-0 in the first half. The team also finished third in the Big East and made it to the quarterfinals in the Big East tournament where they lost to Providence 4-2 in a shootout.

Snape said the team is motivated to have another great year.

“I think the boys are so focused right now, and they’re so determined for this to really become a successful season as well,” Snape said.

Along with the good mix of talented freshmen and the solid core of experienced older players, Butler also has exceptional goalkeeping. This past week, redshirt junior Eric Dick earned Big East Goalkeeper of the Week after recording 10 saves in a 0-0 tie against the Louisville Cardinals.

“We have one of the best goalkeeping units in the country,” Snape said. “This team right now is as confident as we’ve ever been.”

After a preseason game where the team defeated Big Ten schools such as Ohio State and Michigan State, the Bulldogs also played against the Indy Eleven, the professional soccer team in Indianapolis.

The first home game for the Bulldogs was against IUPUI on August 30. Butler will be in action again on September 3 at the Butler Bowl.